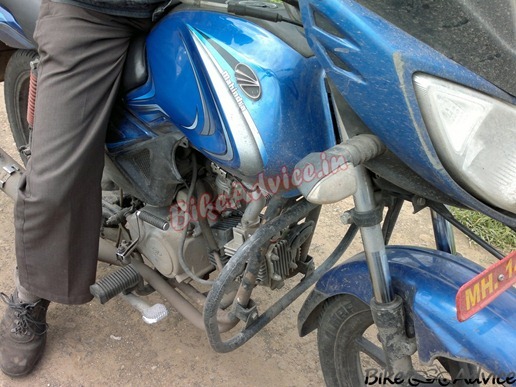 Mahindra 2 wheelers had an epic failed innings with their first 110cc motorcycle in the Indian market. There were loads of technical issues and customer complaints which resulted in Mahindra 2 wheelers pulling off the bike from the market to re-work upon it. Currently Mahindra is testing their new bike Pantero (previously Stallio). From the spy shots, it looks like the bike is almost in the production ready phase. Although Mahindra has taken an unduly long time to re-work upon the bike, it will be successful only if the re-work has been done properly. 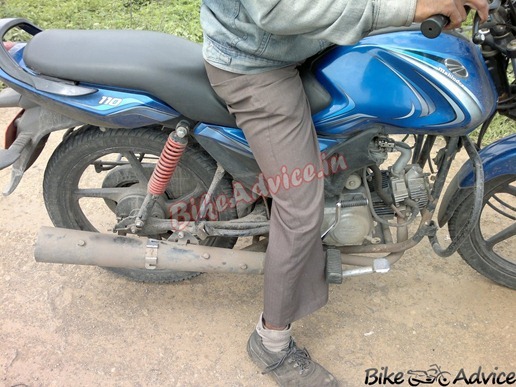 Going by the production ready phase of the motorcycle, it is clear that Mahindra will be launching this motorcycle very soon in the Indian market, possibly by January 2013. Some sources have also revealed that the updated Stallio also gets a new name, Pantero. From the spy shots, it looks like there have been no major modifications carried out to the design of the bike. The front fascia, headlight and the overall styling remain almost the same. The previous Stallio was powered by a single cylinder; air cooled 106 cc engine that produced a peak power of 7.3 BHP at 7500 RPM and 8 NM of torque at 5500 RPM. It was mated to a 4 speed gearbox.

Any upgrades in the performance figures are also highly unlikely. The Pantero will also receive the same engine. The suspension components also remain the same with front being telescopic forks and a pair of hydraulic shockers at the rear. Drum brakes will be standard at both front and rear. Although this bike has received a lot of negative feedback previously, just changing the name and tweaking the issues alone will not help Mahindra 2 wheelers to improve its image. They should have come up with a killer pricing and excellent product promotion campaigns to make it a hit and successfully take on the competition with biggies like Hero MotoCorp and Honda.