It’s a proud moment for India as well as motorsport followers as Mahindra Racing became the first Indian company to register a win in any international motorsporting event. 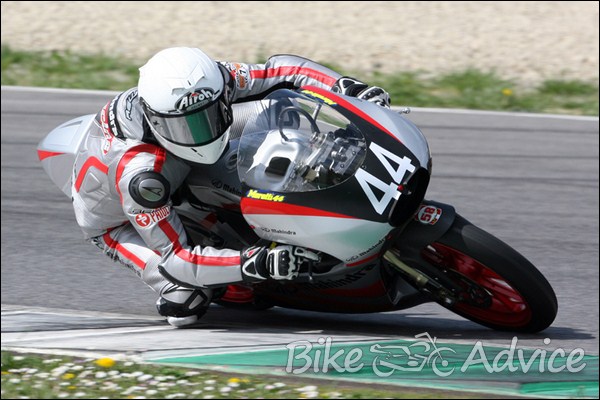 Moretti had a strong run at the qualifiers the previous day and a swift start on the race day helped him gain that early momentum which took the lead from other riders. The end result was as fruitful as ever as Moretti had a lead of as much as 10 seconds when the remaining fleet of riders crossed the finish line.

Sarath Kumar also had a good run at the show but he had to retire following a technical glitch. This win puts Mahindra on a high and expect fireworks in the future races from this duo.

On the occasion an elated Anand Mahindra, Vice Chairman and Managing Director, Mahindra Group said, “When we made our MotoGP debut in 2011, we dreamt of becoming the first Indian company team to win an international motorsport event. Mahindra Racing’s victory is thus, a triumph not only for the Mahindra Group but for Indian Motor sports. Riccardo’s strong showing is testimony to our strengths in the engineering and technology domains and has ensured greater equity for brand India and brand Mahindra across the globe.”

The MotoGP platform has also allowed us to showcase our two-wheeler technology and prove our engineering, design and endurance skills, along with the fact that we can compete with the best in the world,”

BikeAdvice wishes Mahindra Racing best of luck in all its future shots at the tarmac.