Mahindra & Mahindra, the company behind the famed Scorpio and Xylo vehicles have entered the two wheeler segment with two new scooters, Rodeo and Duro. Both of these scooters fall in the 125cc category and are equipped with a host of features to make among the best machines in its class. Both sport slightly different designs and suit different personalities They have been developed with inputs from SYM, Taiwan as well as Italy’s Engines Engineering. 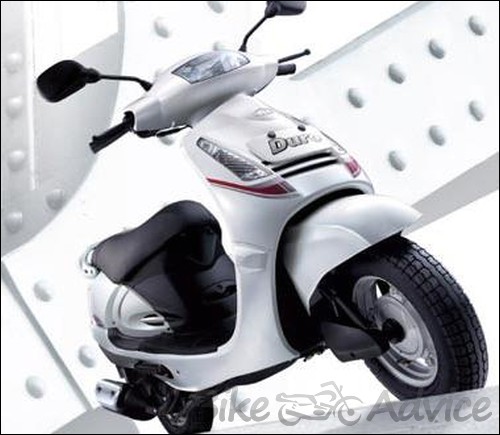 The Rodeo is a high performance scooter with a long feature list. It sports a 125cc engine that offers 8 bhp of power, which makes among the most powerful in its class. It also features telescopic suspension systems and a 7 AH battery which is of comparatively lesser maintenance. It also features a colour changing digital console which displays information like trip meter, clock, tachometer, speed and odometer. It also has a USB port which works as a mobile charger to keep you connected on the move.

Also featured are the side stand buzzers and an impact resistant side mirror which moves inward in the event of an impact on itself to eliminate the chances of mirror shattering. A fuel tank mounted up front acts as a convenience feature where by the rider would not have to alight from the bike at the fuel stations. An illuminated storage space with the largest usable area in its class would serve the home shopper well. Also featured is a 4 in 1 key system which operates the fuel door, ignition, handle lock and the magnetic plate that covers the key hole. The range of colors it offers is also worth mentioning. There are a total of 7 colors to choose from, namely Golden Beige, Majestic Maroon, Blazing Red, Cappuccino Brown, Deep Ocean Blue, Forest Green and Fiery Black.

While the Rodeo, above, is more of a feature packed version with a higher price tag, Mahindra have also launched a value for money version with a different styling called the Duro. It features the same 125cc engine but skimps on certain features found on the rodeo in order to be the best value for money bike in the segment. It has a total of 6 colours to choose from which are all the same as the palette on the Duro’s but with the exclusion of Deep Ocean Blue.

We say its a little to early to compare on how well this would stack up in comparison to the rest of the pack. With gearless scooters being the ‘Bike for the whole family’ these days, it would need a lot more than a long feature list that would be needed for it to be successful.