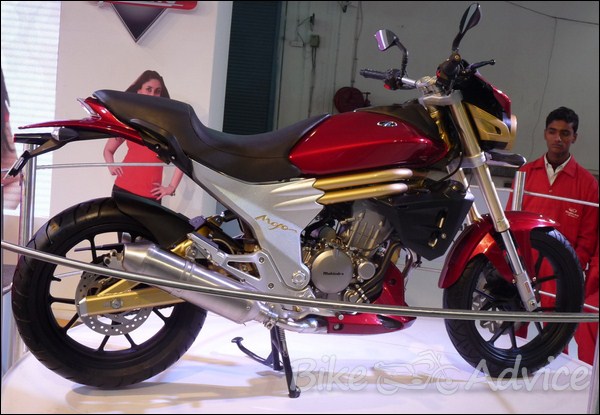 Finally, there seem to be some discussions and progress with Mahindra on making this bike hit the roads. The Mojo, a 300cc bike conceptualizes the trend of Indian youth, and the design concept of the bike reflects the same kind of mood deep within.

But for some reason, Mahindra had stopped progressing with its bikes soon after the issues it faced with its Stallio model. Now, with the coming up of two new models – Pantero and Centuro, Mahindra has again opened its discussions on the Mojo.

Mahindra seems to be giving a try id they can launch the Mojo by next fiscal. They are now looking out for engine prototype that would ideally go with the Mojo. “We are going through testing protocols right now for the engine. We are hopeful of its launch in the next fiscal,” president of two-wheeler sector and member of the group executive board, Mahindra & Mahindra, Mr. Anoop Mathur, said.

He also added that the company is also making sure that the vehicle is duly tested in all aspects including its engine performance before Mojo would strike the roads. 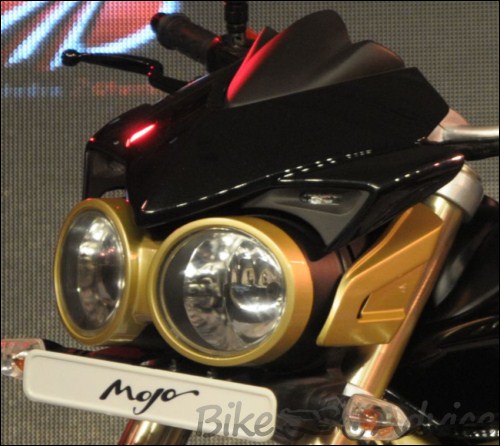 Mahindra 2 Wheelers is trying hard to expand in both the scooter and the motorcycle segment and coming up with new models would be of top priority for the company in order to compete in the Indian two wheeler market.

Expect the company to come up with more products in both these segments in the years to come. “We want our presence across segments and ranges. Our plan is to come out with new models of scooters and motor cycle at frequent intervals over the next three to five years,” Mathur said.

A new variant of the Rodeo would mark its foray into the India market by the third quarter if next fiscal. Before the end of March 2012, Mahindra 2 wheelers would have also started its export plans. However, the company has not revealed any details as of now on what are the models that are focussed to be exported. Also, there are no hints on what are the markets they are eying on. 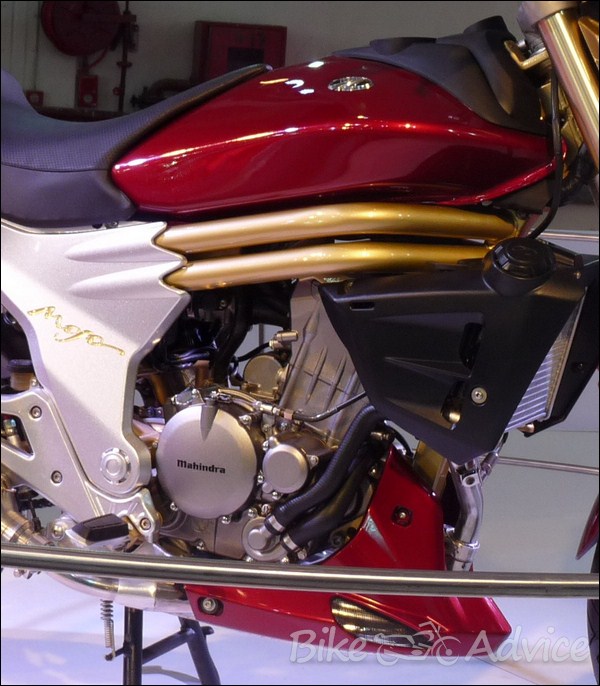 “It is our strategic plan to have a significant presence in the motor cycle exports market. We hope to start shipping out our bikes within this fiscal,” Mathur said.

I had also posted a news on Mahindra’s R&D centre that was recently opened in Pune. This R&D centre has been recognised by the Department of Science and Industrial Research (DSIR) and will enable Mahindra Two Wheelers to undertake in-house design and development of engine technology for its motorcycles as well.  This facility is the home to over 175 engineers and designers. The new Mahindra Two Wheelers R&D facility was created at an investment of about Rs. 100 crore and has two wheeler experts who are leading in various technology and product development projects.

The two commuter bikes – Pantero and Centure which were launched very recently were brainchild of this centre and this would be of great use in coming up with the right kind of engine for the Mojo.