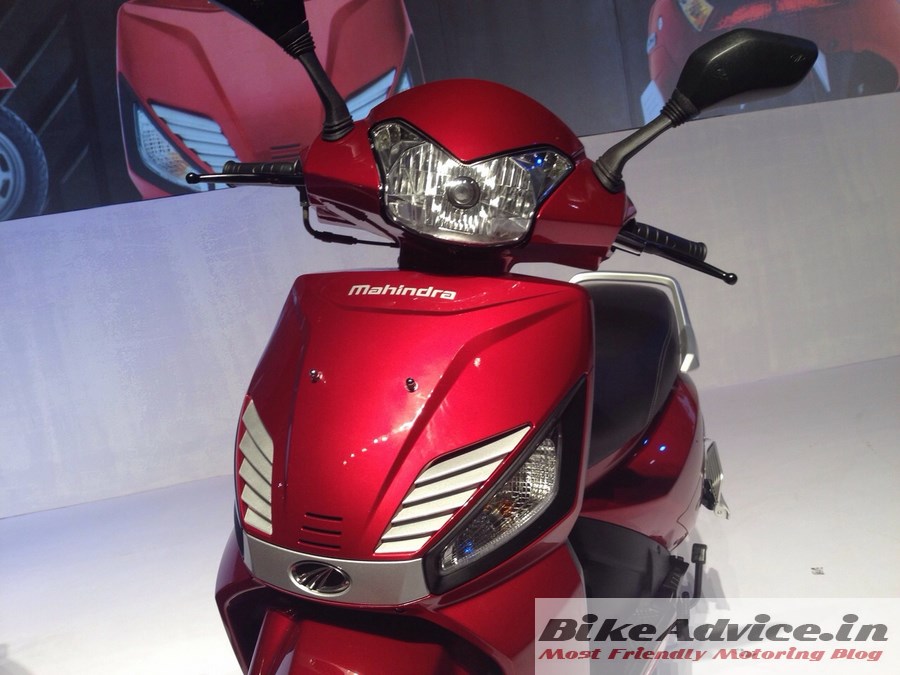 First the Tata Zest, then the TVS Scooty Zest and then rumors of Mahindra’s upcoming Activa challenger being called as Zesto, it was getting a little too ‘Zest’y!!! 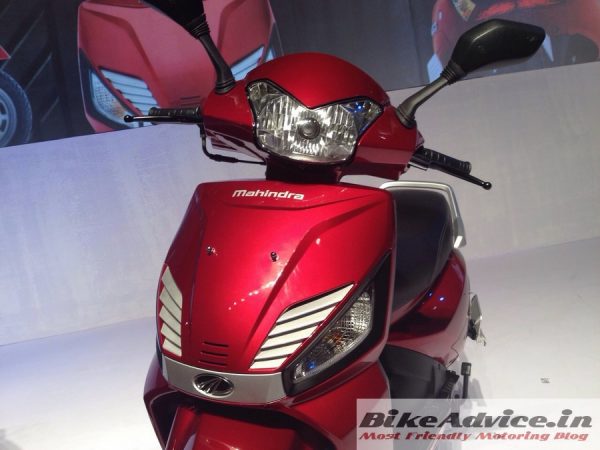 Thankfully, Mahindra announced that their 110cc scooter will be called as Gusto. The name Gusto, as per the company, has been derived from the word gust which implies strong winds, portraying a spirit of freedom. Mahindra has very attractively managed to price the scooter at a starting price of Rs 43,000.

The Gusto is powered by an all-new 109.6cc air cooled M-TEC engine which produces 8.2PS of power at 7500 rpm and 9Nm of torque at 5500 rpm. The fuel tank has been limited to 6L which is slightly bigger than what most scooters in this segment have. The ground clearance is also fairly high at 165mm. The 35W head lamp bulb with clear lens also gets LED position lamps, like the Centuro. 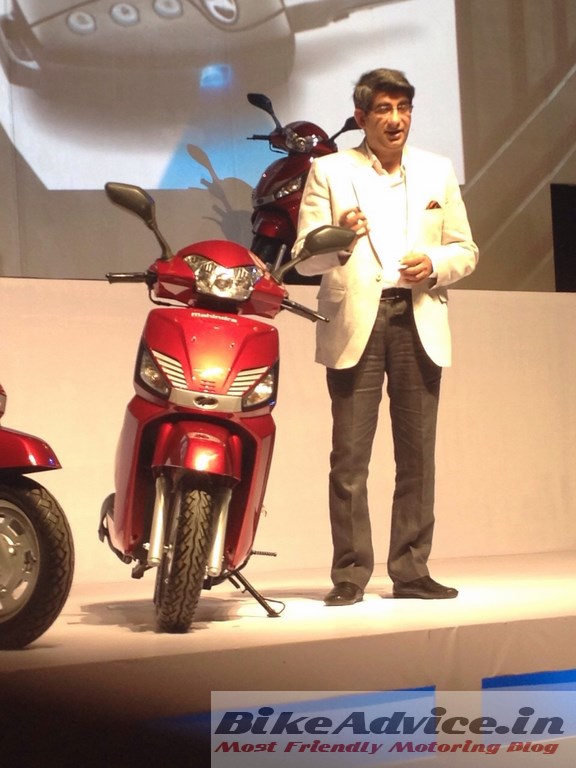 Available in two variants, VX and DX, the Gusto boasts of height adjustable seats in the VX variant, with 770 mm seat height in higher setting while in the lower position, the seat height can be brought down to 735mm, allowing a wide range of people to get easy access to the scooter.

Apart from the performance, it also claims to have a best in class fuel efficiency of 63 kmpl (as per ARAI testing). It also gets the usual load of tech which Mahindra has been known to supply its products with, which include remote flip key, find-me head lamps, guide lamps, easy front kick and quick storage compartment, many of which are a segment first. 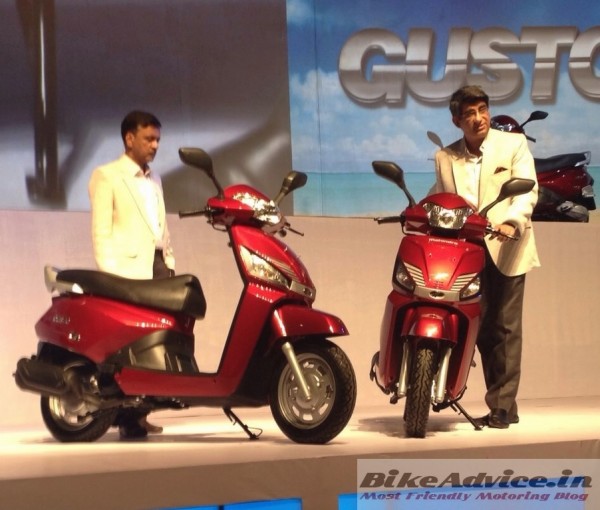 Designed with an Italian sense of style, the engine comes with its own store of performance features like a stronger crankshaft and bearings, high energy magneto high energy HT coil and series regulator, which not only helps in increasing the performance as well as the efficiency of the engine, but also its reliability.

The Gusto has been priced at..

These prices are introductory but will not be increased till the festive season at least. 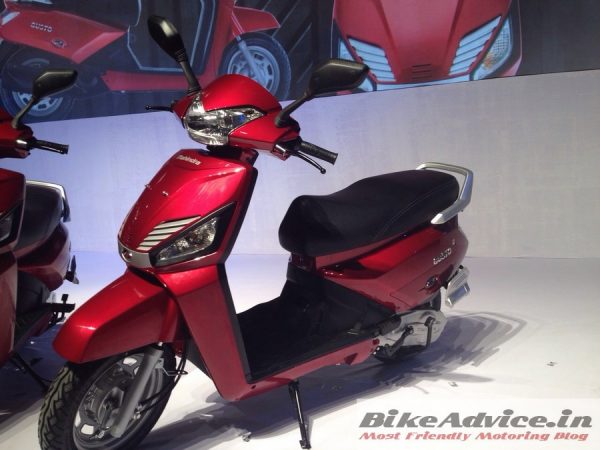 The Gusto will be available in a range of 6 colors options:

The Gusto is now available for sale in Northern and Western India while it will be made available to the rest of the country, South Asia, Latin America and Africa in the next few months.

Here are a few quick pics of the scooter.