Lohia Auto, one of the earliest names in India which has made itself synonymous with Electric scooters is now all set to enter the US market. Out of my experience as an Author & Review Writer here with BikeAdvice, never have I reported a news about an Indian company foraying into the US market. This is the first time I’m posting a news like this. 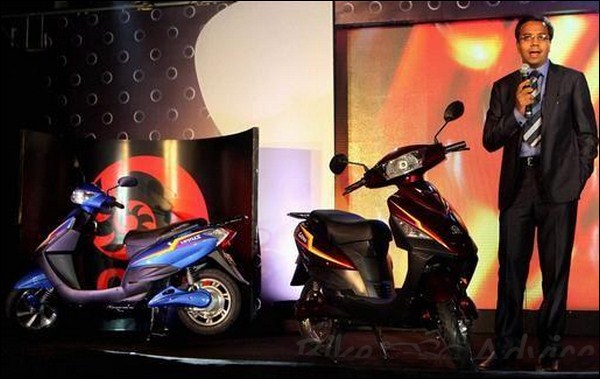 Lohia Auto said that it will foray into the US market during the next financial year with its range of products which will cater that market, for which the company is currently carrying out all the desired regulatory testing. The company is also planning to appoint dealer network in the US market.

Regarding this announcement, Mr Ayush Lohia, Chief Executive Officer, Lohia Auto Industries said, “We are targeting the international market at present. Very soon, we will appoint a distributor in the US and export will start next fiscal.”He also added that the company is currently working on “specific needs” on the safety areas for launching its products in the American market by the second quarter of next fiscal.

An Electric scooter named ‘Genius’ is gonna be the first product to enter the US from India. This scooter was launched in New Delhi yesterday (6th of September). He also told that other electric scooters in its portfolio would follow later along with other products which the company is presently developing.

Few months later, Mr. Ayush had said that the company was looking at many other regions such as Africa, Latin America and a few other neighbouring countries like Bangladesh for exporting its products and strengthening the company’s brand name out there.

The company presently has 2 electric models in India by the name ‘Fame’ and ‘Oma’. The newly launched ‘Genius’ will be priced at  INR 25,495 (ex-showroom, Delhi). At the time of launch, Mr. Ayush said, “We understand the needs of our customers and believe in providing with smart mobility solutions. Our Genius electric bike will cater to teenagers, which is still an un-tapped market. We believe ‘Genius’ will add significant value in form and function to the electric bike segment and also address the environmental concerns of the automobile industry and the country. Genius aims to inspire the parents to provide their children a safer transportation”.

The Genius electric scooter will be made available in a range of three different colours namely Blue, Yellow and Red for the Indian customers. “With the launch of the Genius model, Lohia Auto targets to make deep inroads into the regions where it does not have dealerships and expand its dealer network to 50 in number. We are happy and excited to be in this segment of business as we see the volumes to surge going forward as we increase the portfolio of products”, said the CEO, Mr. Lohia.

The Genius brand is aimed exclusively for the teenager segment and also the company is planning to sell 400 to 500 units of this models across the nation. The product will also hit the market in the northern part of the country first and will then hit the other parts of India.

To mention about the company’s new product, ‘Genius’ is capable of attaining a maximum speed of 25 kmph and it can run up to 70 km in a single charge.

When asked about the company’s interest in acquiring besieged public sector firm ‘Scooters India Ltd’ (SIL), Mr Lohia said: “We are still in the race and we will proceed whenever the government comes out with the bid document.” Earlier this year, the Cabinet had approved divestment of the government’s entire 95.38 per cent stake in SIL, which has been suffering losses since 2002-03 and its entire net-worth completely eroded by 2008-09.

Lohia Auto is also one of the major player in the country in three wheeler passenger vehicle segment. Isn’t it really great to hear an Indian company entering the US market. I, personally and from the part of entire BikeAdvice team wishes the company a great future in the new prospect.