Yes guys, you read it right, 1,00,000 KMS and LML Energy FX! This bike is no more in production but nevertheless a quality product from LML. I bought this bike in 2001 and it’s been a long journey with it! It was not intentionally that I chanced upon this bike, it was all destiny. Let’s rewind to a decade back, for a while! 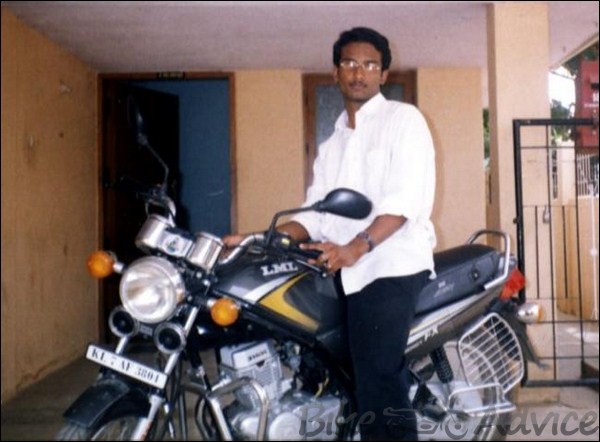 I joined for Engineering in Bangalore in 2001 and badly needed a bike for daily commuting. I phoned back home and informed about my need and my mother assured that she would talk to my father. I’m from Cochin, Kerala and father was working abroad. I had only 2 bikes in my dreams then, CBZ and Suzuki Fiero.

Luckily, my father agreed and my mother entrusted her brother to get a bike for me, without my knowledge! His friend had a LML showroom at that time and also he was impressed by the bike that he purchased that for me. Now the curious me was informed that the bike is ready and honestly, I was shocked after hearing the name! Nobody in my college had this bike and only very few LML bikes I found in Bangalore! I had no other option, but headed to Cochin to bring the bike to Bangalore. 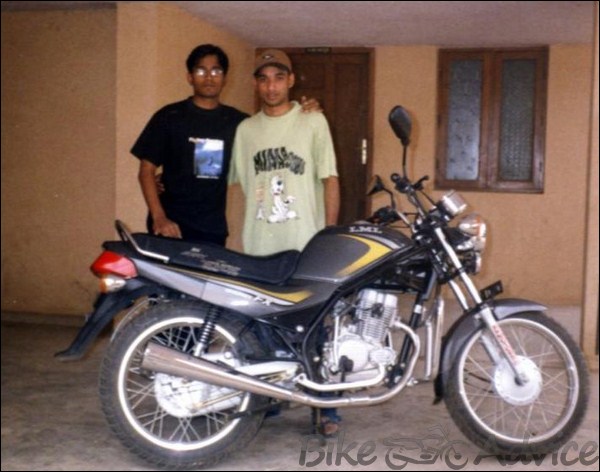 Everything from here turned against my expectation. Early morning when I reached home, I saw the ass of my honey first, as it was parked in the porch. It looks quite impressive from rear. Wide tyres (MRF Zappers, 100/90-18, same used in CBZ) really brought a grin on my face. Come closer and I found it to be ‘BIG’ bike.

It had huge petrol tank, superb clocks with RPM meter and handle bar with Bar end weights! All these available at a time when only 150CC bikes were offered with (Fiero did not have an RPM meter). The frame was also different. Well, all that was running through my mind was to take her for ride and feel how she is. 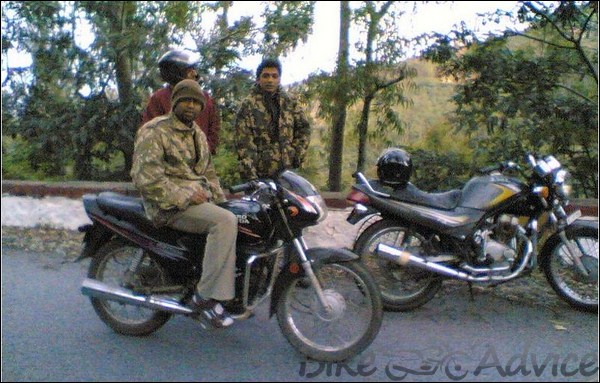 I asked for the keys and sat on her, well you feel like you are sitting on an elephant! Such was the height. And kicked on the starter lever And I Heard Nothing! I thought it did not start and was about to kick again that I noticed the RPM is at 1500. Much to my surprise I realized that the engine is running. I wrung the throttle and it juz pulled off amazingly silent and quickly. You won’t believe that the engine is running, it was butter smooth. The gearshifts were so light and precise. Also, I felt the kicker was heavier like CBZ.

The acceleration and pick up of this bike can easily be mistaken for a 150cc’s and no mention the size also adds to it. But it is only 110cc engine with 9BHP power @ 9000 RPM! If you wring the throttle it roars like a sports bike and feels so enthusiastic. The real trick is in the RPM that the maximum power is at 9000RPm. 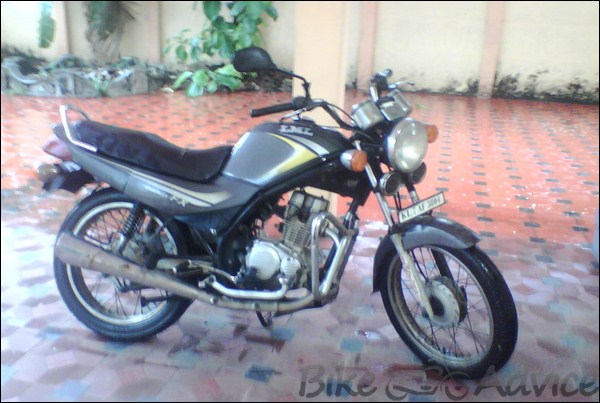 SO the top speed was way above the other 100ccs and close to 150ccs of that time. LML claims 90km/hr top speed but usually have achieved 95km/hr(Overdrive also found the top speed to be 94.3) and while in my long drives the needle has even touched 105!

Another highlight of this bike is it’s 3Valve technology. 2 inlet and 1 out let valve which makes it breathe easier. In the mileage front, it used to give a maximum of 80kms when ridden around 45km/hr, but it would go drastically down to 40kms if it is ridden above 60km. I thing the 3valve would help the engine drink more when we wide open the throttle while compared to other 2valve heads.

In the handling department it is again well composed but the ride pays for it. It’s suspension is stiff and can give back pain esp for the pillion rider. My friends always used to complain about it. But the handling is so confident inspiring and the fat tyres also help it a lot. The barking is another highlight, at a time when disc brakes were only found CBZ, everybody would ask if my bike has discs! 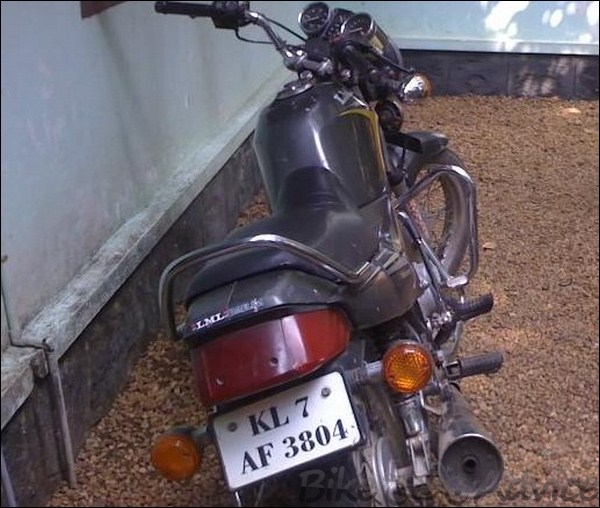 Even on wet surfaces (mostly during rains) the braking is so effective and the MRF zappers hold to the line superbly. Well, my bike had so many curious on lookers when I took it in around my college. Everybody would ask about the mileage and about why I chose this bike. What was intersting was that if ever I find a fellow LML rider we would greet each other. It was so rare a piece!

This bike is not a great looker from every angle, but looks from some angles are so imposing! It weighs only 109Kgs, and even with pillion it performs superbly. I once had a race with my friend and his galfrnd (70kg & 45kg) on CBZ and me and my friend (then 55kg and 80kg) on Energy FX. Energy could catch up with CBZ and neither bike could overtake each other.! 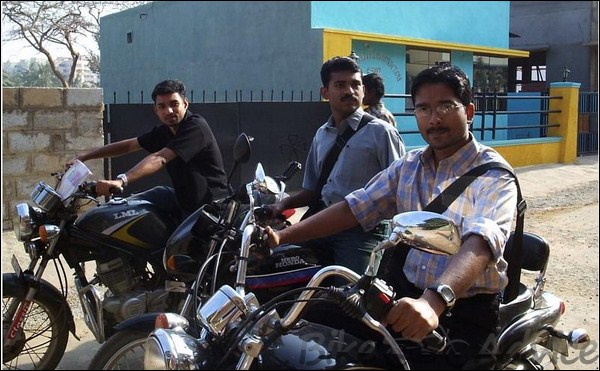 In my long stint with Energy FX I have taken it for long rides. Several times from Bangalore to Cochin(515km) and back. Also other trips include, Bangalore to Ooty, Coorg, Mysore et al. In long rides we ca rev her hard all the way upto 9000rpm and she obliges. The engine is so good that it can take all the abuse.

Even after a decade Energy FX performs almost the same and returns an average of 55kmpl. I used to service it every 5000kms. What amazes me is the fact that all those bikes bought around the same time showed many problems (CBZ, Splendor, Fiero, Victor, Pulsar, Caliber, Enticer) after 5 years. Actually, nobody expected this bike to survive beyond 2 years! Everybody predicted that this is a wrong choice and the engine of this bike is not so reliable. But finally LML Energy FX proved it’s might and worth! I’m surprised, too!

In Bangalore my Bike was I the company of Enticer, Splendor, Fiero, Pulsar and CBZ. It happens rarely that the product outlasts the Company it is produced by! LML Energy FX is such a good product and unfortunately the company closed down due to financial crisis. 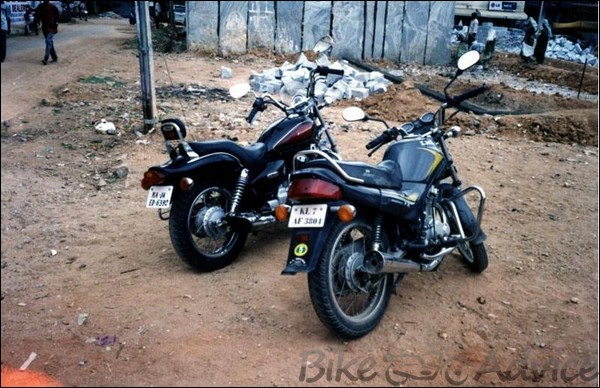 I have changed the headlights to the round one used in Pulsar and changed seat covers every two years. Tires were changed after 50000kms, first time the brake shoe was changed after 40000kms! Apart from that there is not a single item changed in that bike.

I’m using a Suzuki GS150R now. I will send a review about it too soon!

Trivia: LML collaborted with Daelim Korea to manufacture Energy FX and Adreno FX. Daelim was once associated with Honda, like our Hero Honda. No wonder when unicorn was launched, the same butter smooth feeling was felt!