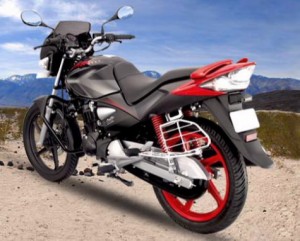 Not many know that in 1999, when Hero Honda launched CBZ; India’s first sports oriented four stroke bike, it was called revolution on Indian bikes. Known for its raw power and quick acceleration, it sported original Honda 156.8cc engine. It created another level, another segment on its own; the 150cc segment.

But it had left behind many exciting fans who were mad about the word ‘CBZ’. Eight years on the line when the CBZ Xtreme came, you could have guessed that the company was looking at recreating the CBZ magic. Though the new age CBZ does combine power with adequate styling yet it faces toughest level of competition any bike in its segment ever faced.

The Bajaj Pulsar is still dominating the sales figures. Yamaha and Suzuki have introduced attractive rivals in its segment. The launch of TVS Apache RTR range almost killed it. Yet alone from outside, it fights itself with its inside competitors also like the Hero Honda Achiever and the Hunk.

Running out of options, the company finally upgraded the bike though it is only a paint and sticker job. But what does the CBZ Xtreme have in itself to distinguish apart from other bikes?

Standing high at 1145mm and weighing about 142 kg, it produces 14.5bhp of raw power and 12.80Nm of torque. The 149.2cc engine is the same as on Achiever and Hunk. It can clog 0-60kmph in 5 seconds and records top speed of 110 kmph. The bike excels well in maneuvering and handling department. The bike looks pretty descent in looks as well.

Leading from the rear are the L.E.D. Tail lamps. Infact It is 2nd bike in India (after Bajaj pulsar) to have some.  LED or Light Emitting Diodes are known to be safer than the conventional bulb lamps on the fact that they can be seen from a farther distance. Moreover it needs zero maintenance. Next in the line is the rears Split grab Rails. Besides aiding in better aerodynamics it helps pillion in better sitting position.

The new age CBZ Xtreme sports an asymmetric instrument panel with carbon matte finish. Though tachometer has been provided but absence of a LCD Digital speedometer is a sure let down. The pillion seating position is well raised. Braking is quite accurate with 240mm front Disc. Multi reflector headlamp with chrome trims separates it from the pilot lamp. Clear lens indicator helps to keep the bike younger. Dual tone rear cowl with body colored matt black alloy wheels is sure to grab attention of anyone and everyone.

Though this bike may please most of the CBZ fan’s community, but it needs some serious upgradation (cosmetics upgrade would not always serve the purpose) in order to catch up with its competitors. We just hope Hero Honda people also try living off the edge and come up with something exciting.