It was already in the air and Honda has finally announced the official launch of the 2017 CBR 650F in India – company’s first big motorcycle to be assembled in India. Among other very important changes, the marketing team, it seems, has been lent the responsibility of spreading its loud exhaust note as the most prominent change going by the emphasis and wordings used in the Press Release!

Our Road Test Editor wanted to ride the older 650F and we did a part two of our review of the same motorcycle very recently which you can read here. The 2017 version is more aggressive and gets better riding dynamics according to Honda.

The India-spec 649 cc DOHC inline four cylinder engine produces 63.7 kw (86.6 PS) of peak power and 60.5 Nm of max torque at 8500 – both of which are lower than the international-spec version, for reasons not known to us.

Among the most prominent changes, it gets lighter 41 mm Showa Dual Bending Valve Type front forks and Nissin Brake calipers for better control, LED headlamp and tail lamp, strengthened diamond frame and off coarse the louder sound because of the new 4 into 1 exhaust which now has a dual-pass internal structure (instead of triple-pass) in the muffler).

Unlike the earlier speculation that the newer version may cost lesser, Honda has kept the prices absolutely same. This was precisely the cost of the motorcycle back in August 2015, when it was first launched. On road, it is expected to cost around 8.5-9 Lakh mark in various cities of India.

Honda India is offering it in two colour options – Millennium Red and Matte Gunpowder Black Metallic. The older version was available only in the white colour. Bookings have commenced and deliveries are expected to commence in few weeks. It can be booked at any of the 24 Wing World outlets in India. 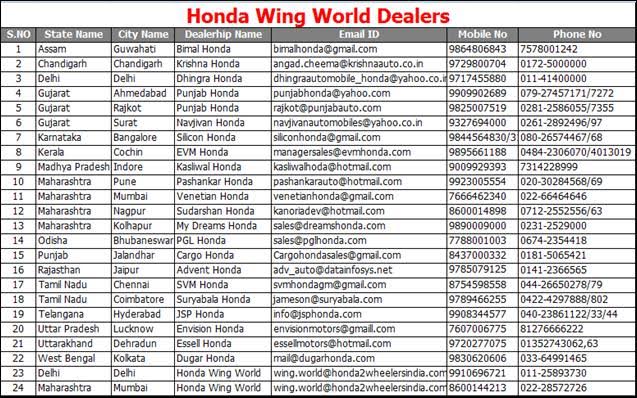