As Indians we are only used to hearing and talking about two segments of bikes. One being sport – bikes and the other, the street bikes. The former is known for its speed and performance while the latter is known for aggressive and brutal looks. Yhese days, we slightly get involved with the third category – Cruisers. But, there is one more category which is least penetrated into the Indian sub – continent. It is nothing but what is commonly referred to as ‘Adventure Motorcycles.’ 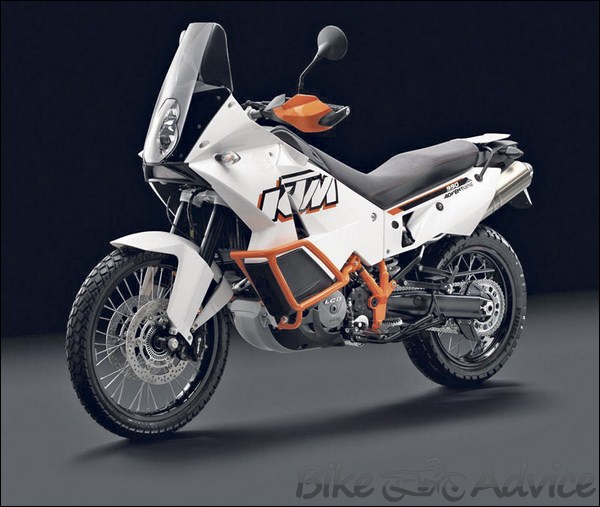 For a guy who is pretty familiar with this term, the first image that would strike his mind woulds be (and has to be) the BMW R1200GS. This particular model was launched way back in the year 2004 as a successor to the R1150GS.  However, the R1200GS Adventure model was launched only towards the fag end of 2005 and came to market a year later.

A typical adventure bike will have a kind of design that would be ideally suited for sheer off – roading kinda rides and for touring purposes as well. It’s become a signature for Adventure bikes to have high front mud guards or flaps and a small visor over the headlamp which’ll usually remain without a fairing. 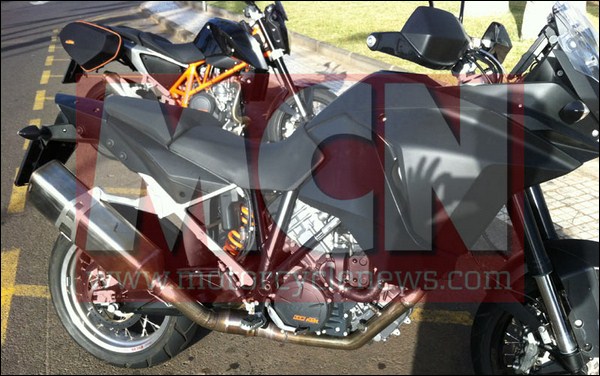 Now, KTM is planning for a rival against the much reputed BMW R1200GS. The all-new KTM Adventure will house a 1290cc V – twin engine which is expected to produce around 130bhp . This figure is 25bhp more than its German rival, the BMW R1200GS. MCN has released the spy images of the KTM Adventure which were clicked in Canary Islands when being tested.

The bike being tested is very similar to the 990 Adventure (the one posted towards the beginning of this write – up) taking a look at its design cues. The prototype seems to be a hand built one which is very basic and hence would atleast take a couple of years or a few months less than that  to come alive in the market.

When being asked about this prototype,  KTM Product Manager, Mr. Jorg Schuller said, “The bike in the pictures is one of the prototypes KTM is currently developing. As you know, our development centre is working intensively on several projects, and the new Adventure is one of these. It is planned to introduce two new Adventure models onto the market in 2013.”

However one can be rest assured that this models will not be the one for India.