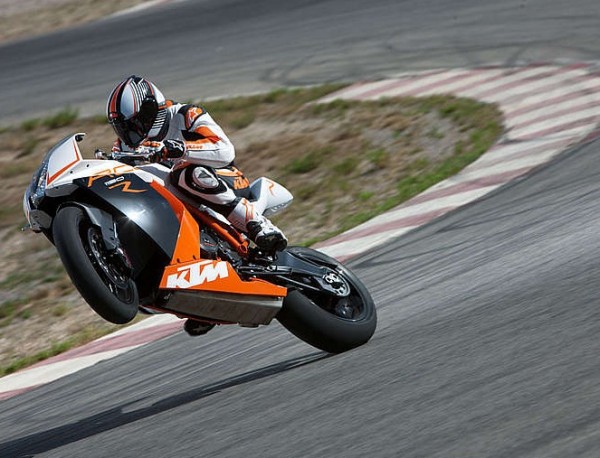 Back in February this year, Bajaj KTM officially declared that they will launch Duke 390 by middle of 2013 and the RC25 in early 2014. In the press release they also talked about unveiling the SuperSports RC8 in the Indian market from March.

And today, through an official update at their Facebook page, KTM has revealed that this beast will be unveiled at Orange Day 2.0 on Sunday 31st March at Delhi. The venue for Orange Day 2.0 in Delhi is Parking Area, Near ATC Tower, IGI Airport.

You can register yourself here

Let us, however, dishearten all of you that RC8 will not be on sale in India and will only be available for display in company’s showrooms. This will be more of a brand building exercise for the company but however, if the response is exciting then who knows we might witness an official launch of this supersports monster sometime later.

KTM 1190 RC8 R 2013 is powered by a 1195cc 173hp V-Twin motor which makes it one of the most powerful two cylinder engines. It is mated to a 6-speed claw shifted transmission and weighs 184kgs. KTM RC8 comes from a huge racing lineage of the Austrian manufacturer.