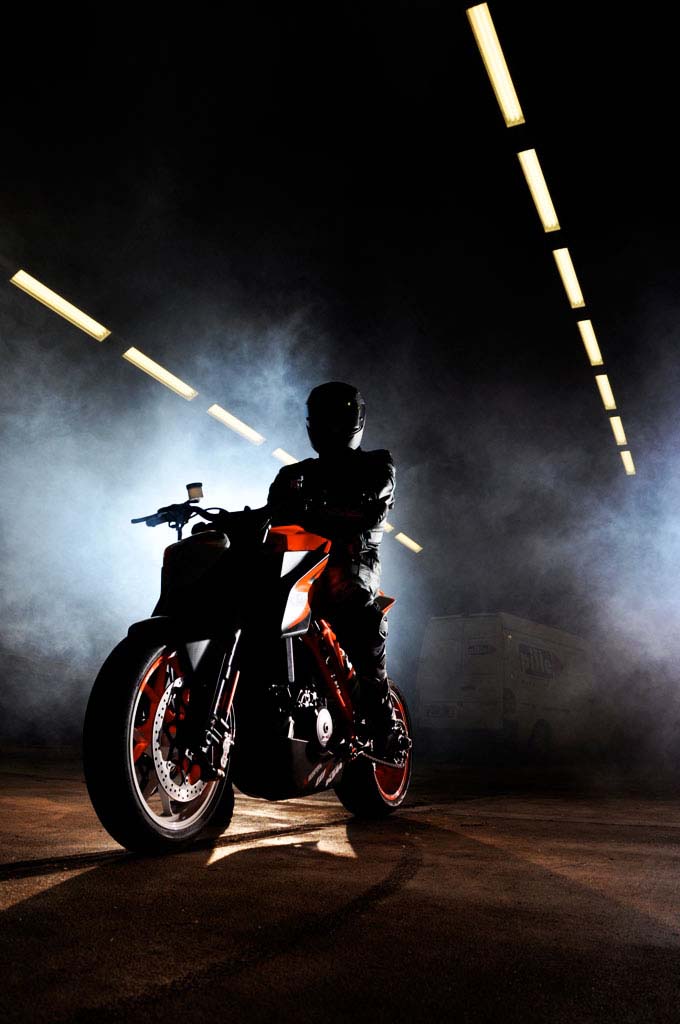 KTM has released some pictures which are more like teasers prior to the EICMA motorcycle show next week about the 1290 Super Duke which it will be showcasing at the event. Prior to this, the company had also released a sound clip of a hard revving engine and left the world to guess the bike from which the sound was. Majority thought that the sound is likely to be of the upcoming KTM 390 Duke. KTM is calling the upcoming litre displacement big Duke the “Beast”.

The teaser images are not of the original 1290 Super Duke though. Rather they are of the stunting prototype of the same bike. However, KTM want us to have some clues on what to expect at the EICMA 2012. Some highlight features of the bike include ride-by-wire throttle control, a new chassis, WP suspension, and a bored-out 1290cc v-twin motor. Additionally, there have been some interesting insights about the engine doing the rounds of the internet. It is rumored that the re-boring has been done to the engine of the KTM 1190 RC8 R, a bike that enjoys proper racing pedigree! Is the motorcycle to be displayed at the show getting this re-bored engine or KTM will take this insight to mass production as well. We will come to know about that at the EICMA show. 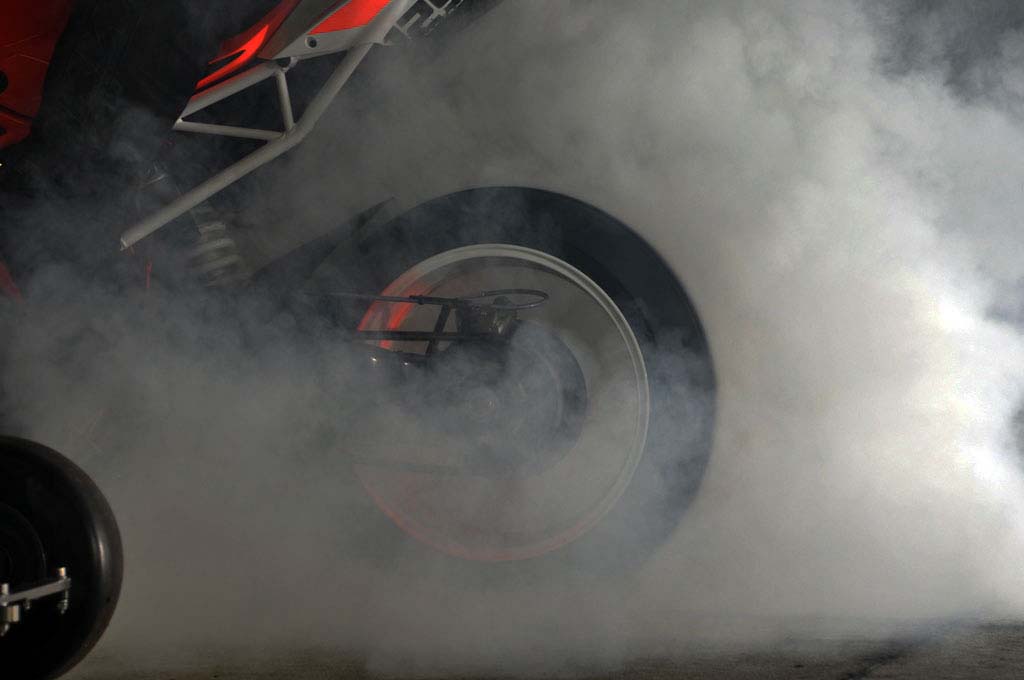