KTM has yet again proved that it is capable of becoming one of the leading manufacturers of the motorcycle industry. The Austrian manufacturer is all set to take the auto industry by surprise in coming years. With the Launch of their basic model at EICMA this year, they started looking to develop the existing model. The innovation crystallized when KTM launched its latest of the lot i.e. KTM 1190 RC8 R. 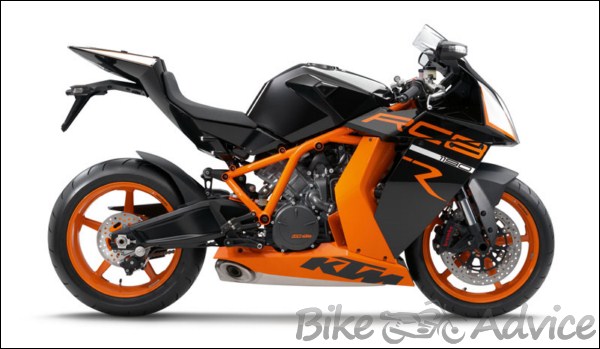 The RC8 R is far better and improved version of the existing basic model. It has more power, looks more muscular and is definitely one of its kinds. Some key features of the bike include 175 Bhp of power, 127 Nm of torque, dual point ignition and weigh 185 kgs.

Well, these features are just the basic ones and the heart of the innovation lies in the twin cylinder heart. The twin cylinders are capable of producing more power and efficient driving stability. 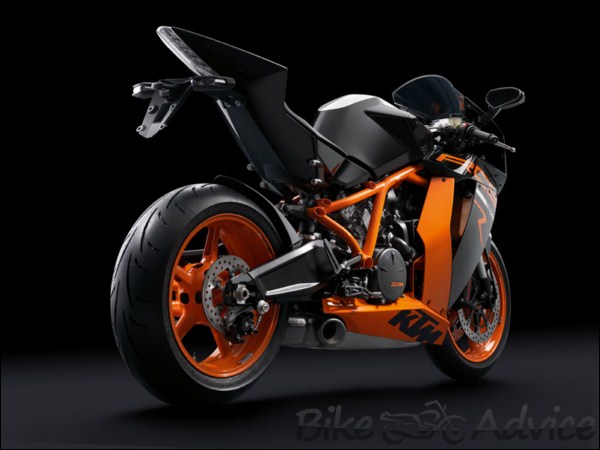 The designing is done keeping in mind the requirements of the youth. The looks of the bike are muscular and it’s too good to be a sports bike. KTM’s officials claim that though the bike is meant for races but it can also be used on public roads efficiently. The company says that the bike is economical and consumes low amounts of fuel and also emits little smoke. 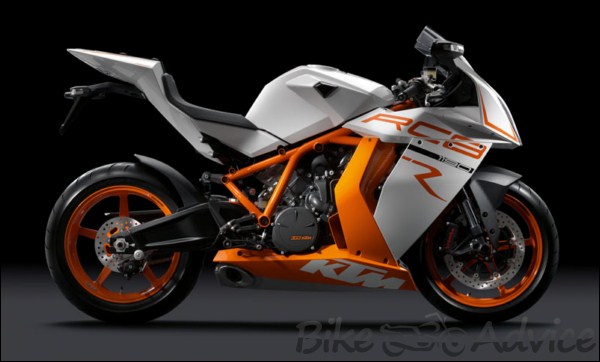 The bike sports a dual plug ignition which ensures improved combustion inside the four valve cylinder heads. KTM says that the bike is not just about power and speed but also about smother engine performance and improved handling. KTM has still no take of when the bike could come to India but we will be hoping that this innovation could turn to India very soon.