The KTM fever has just begun and its getting over the world as the company is busy launching its amazing looking models across the world. Just a few days back we at Bike Advice informed you about the KTM Duke 125 launch in Singapore but this time around it’s even better news. 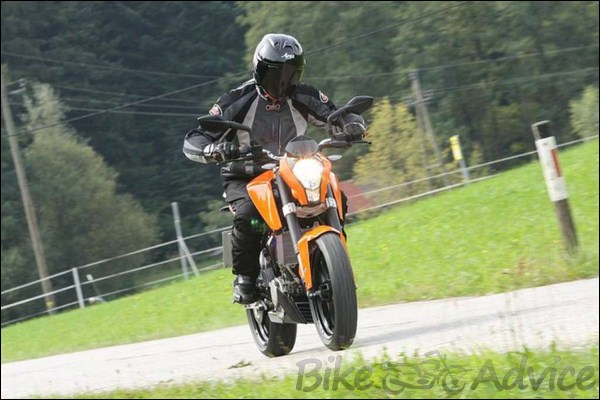 KTM has finally launched their Duke 200 in Malaysia (as speculated earlier) in a spectacular fashion. The Duke 200 was launched by none other than the prime minister of Malaysia Mr. Najib Razak. The launch took place in Malaysian capital, Kuala Lumpur wherein the Austrian manufacturer unveiled launched Duke 200 and also unveiled Duke 125. News has it that these variants are especially for the Asian markets including India.

KTM Duke 200 is a muscular looking machine with loads of power. The Duke 200 will be imported as a CKD unit and will be assembled in company’s Malaysian facility. It is also rolled out that KTM Duke 200 will be up for sale soon and will be priced between 1.1 to 1.35 lakhs (in INR). Once launched into the Indian market, KTM Duke is going to face competition from CBR250R, R15 and other bikes of the same displacement.

All in all, with the launch of KTM Duke 200 in Malaysian market it is made clear that India is soon getting its Duke. KTM plans to bring in Duke into India with the collaboration of Bajaj Auto and one can thus expect the price to be competitive enough to fit in budget