There have been a lot of queries about the KTM stores which are basically derived from the Bajaj Pro – Biking Showrooms. The works is under progress in most of the cities and bookings for the first Austrian baby – The KTM Duke 200 have commenced. 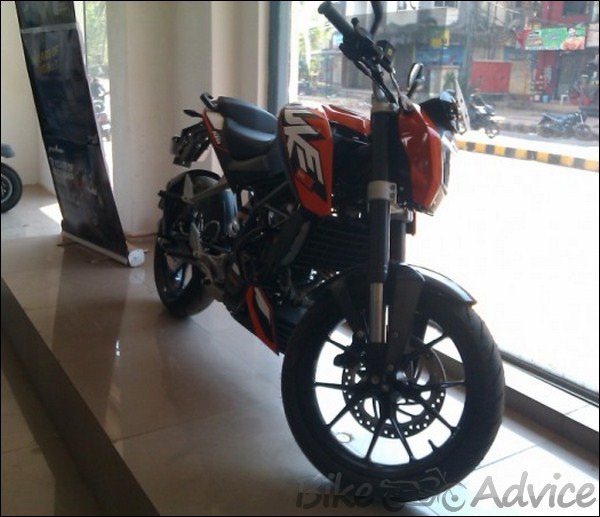 Hyderabad, the city that is known for its biking spirit has got a new KTM store in Begumpet. This show-room would also be dealing with other KTM products that would be launched in the near future.  This showroom would also deal with KTM’s accessories and merchandise which are called KTM Power Wear and KTM Power Parts. These are add-ons that are mainly made use of to personalize the bikes with factory fitted accessories.

Mr. Amit Nandi, Vice-President, Bajaj Auto, in a statement said, “KTM is the only European brand in its segment in India. It has impeccable racing achievements for over 40 years and will be available in its unique trademark orange colour.” This has confirmed us the fact that the Duke will be available only in the orange colour atleast for the time being.

All across the Globe, the KTMs are known for their street – fighter looks which is the main reason for their success along several international markets.