KTM, as we all know is all set to bring their latest legal street bike to India, has unveiled the official production version of the bike i.e. one can now know that how the bike will actually look like on the streets. Mind you, KTM 125 Duke is the only legal street bike to be launched in India. 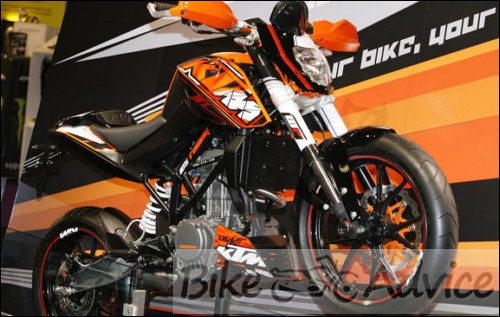 After probably thousands of teasers, videos, advertises and all other promotional stuff; KTM has finally revealed their KTM 125 Duke production model at the 2010 Intermot show in Cologne.

Mind you, this is the first time that people were standing face to face with KTM 125 Duke. 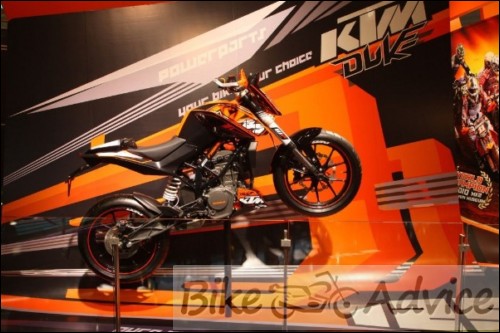 He bike is aimed at targeting young and enthusiast bikers from all over the globe. Apart from the production model launch, KTM has also disclosed the bike’s features officially. Some of the features are:

Overall the bikes looks fascinating and a must ride for all the youngsters. I am sure that people are going to find the bike much a refresher. 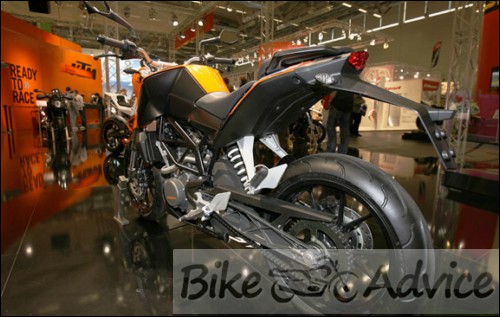 The bike looks cool with spunky colors and not as muscular as Desi Pulsars and Karizmas.