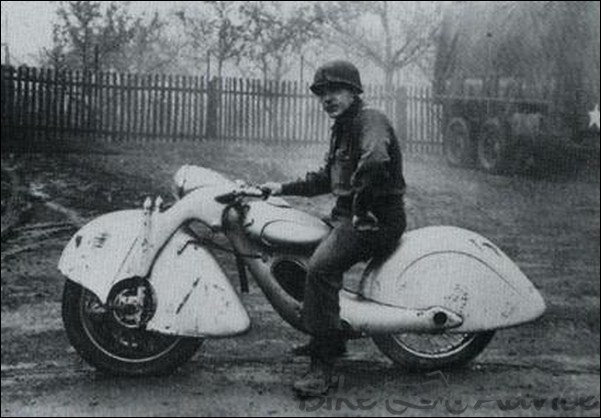 The mere fact that we have always grown up seeing the same kind of bikes with almost identical architecture and little changes to the basic construction is the reason behind it. Well, there are motorcycles which are front wheel driven! And here, I present to you the Killinger and Freund motorcycle from Munich.

The Killinger and Freund motorcycle was built by a few tech-crazy German engineers in 1935. The better aerodynamics, light weight and more power are some of the attributes of this motorcycle which made it popular among the motorcyclists of that time. The K&F sports a 600cc three-cylinder two-stroke powerplant and weighed just under 135kgs with fuel! 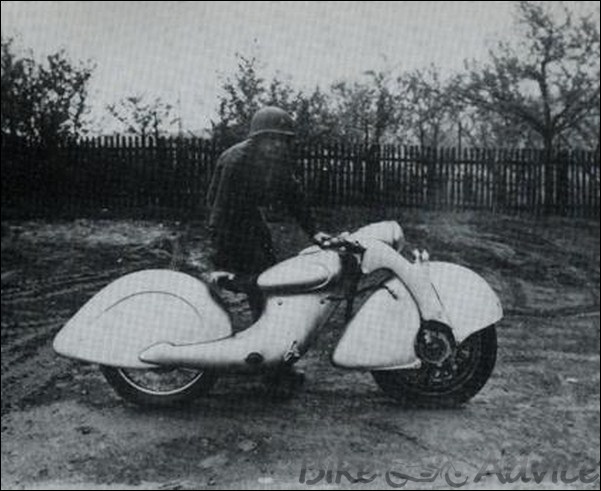 Thats incredible considering that the weight of most of the present Indian premium segment motorcycles is more than 150kgs (with fuel). The motorcycle had a differential two-speed transmission and a conventional clutch system. The spokes of the wheels served the purpose of cooling the engine!

The Killinger and Freund motorcycle’s three cylinder engine is not a radial engine and the perfect balance obtained because of the three moving pistons eliminated the need for a flywheel and hence, the substantial decrease in weight. The front wheel was covered with rounded corners and the forks and the fuel tank too received a very innovative aerodynamic design. 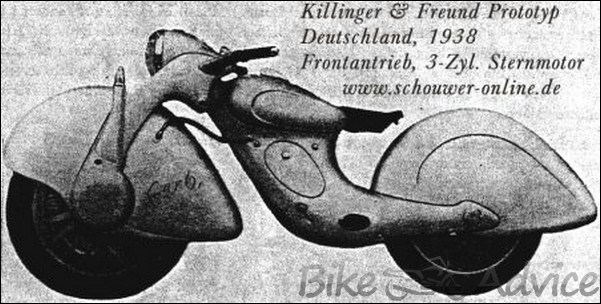 The float-less carb, the light weight battery, the KS iron cylinders and the alloy cylinder heads made the design simplistic and lighter than most conventional models. The motorrad had a decent suspension with oil-filled shock absorbers at the rear.

The braking was taken care of by a hub mounted system at the front. 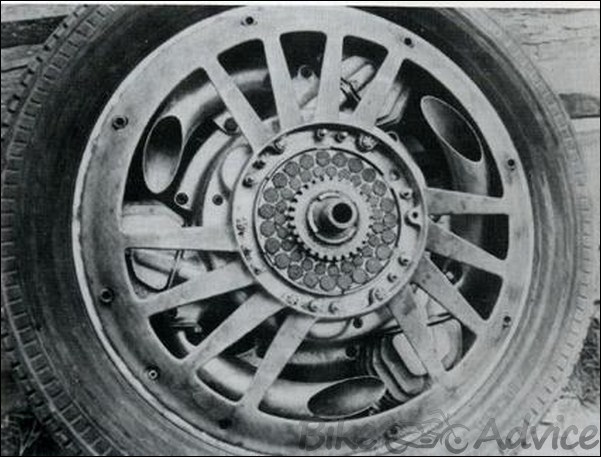 Though the model was intended for civilian production, the WWII put an end to the plans. There are rumours that a K&F was rescued by the US army at the end of the war in 1945. But, the current state of the vehicle is not known.