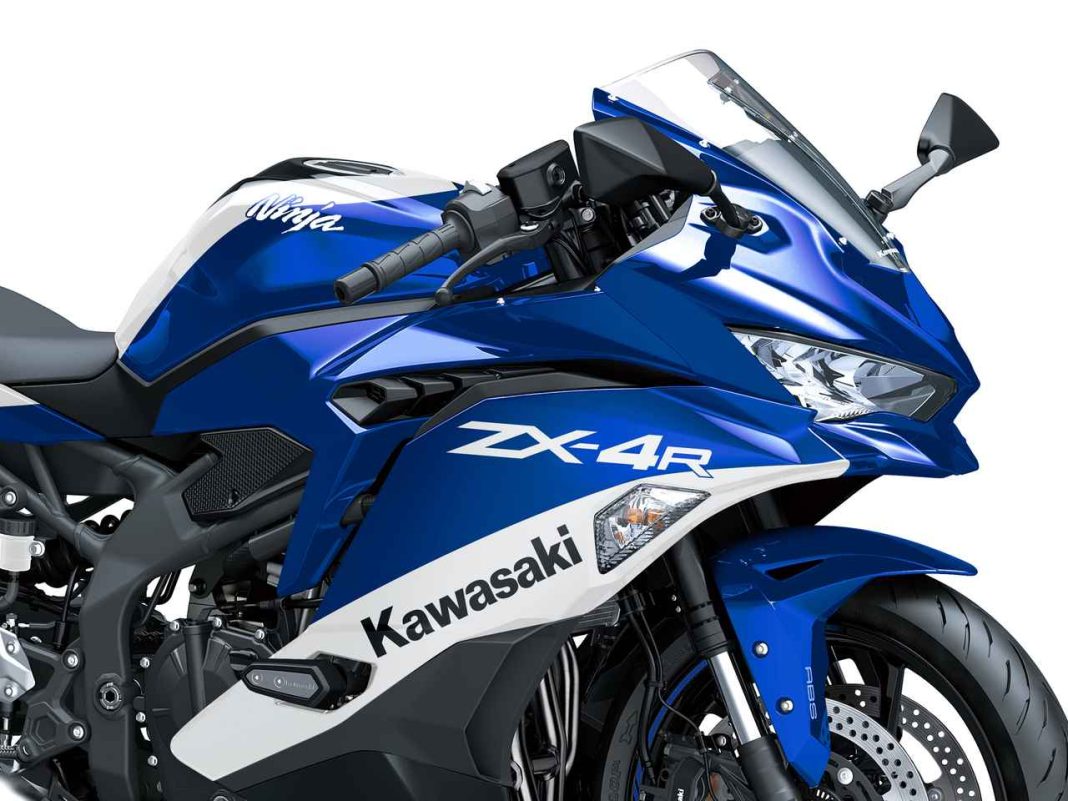 Kawasaki ZX4R launch is touted for next year. It is expected to carry similar, compact body of the 25R with a bump in displacement and power…

When the world moved away from small capacity four cylinder engines, Kawasaki entered the game in 2020 and introduced the ZX-25R in some Asian markets. It definitely sent waves of excitement among the biking enthusiasts across the world – specially those who like small capacity supersports.

And then sudden rumors of a slightly bigger motorcycle – based on the same platform emerged – enter ZX-4R! After a brief lull, it appears that the motorcycle has been confirmed through VIN (Vehicle Identification Number) decoder through US National Highway Traffic Safety Administration (NHTSA).

There are two variants – ZX400SP and ZX400PP – which may indicate the ABS and non ABS versions of the motorcycle – similar to the ZX25R.

Kawasaki is speculated to bump up the displacement of the ZX25’s mill and as a result expect a fairly big hike in power from the existing 51 PS. The mid-size supersport is likely to get a different exhaust system along with a more powerful braking set-up as well as a wider tyre – to tame the extra power.

Being a more powerful motorcycle, the ZX4R will definitely go to more mature markets, however, it is NOT expected to come to India simply because of the eventual price point it will command. The twin cylinder Ninja 400, at 5 Lac ex-showroom, is considered pretty costly in India and there will hardly be many takers of a 400cc bike that may cost 10 lakh or more. The Kawasaki ZX4R may be introduced as soon as next year, however, an official confirmation is awaited from the company.