Kawasaki had launched its middleweight naked, the Z800, in January this year, and you could buy it in any color as long as it was Black. Now, the bike is also available in a dual-tone shade of Lime Green and Black (featured below) which is officially called as Candy Flat Blazed Green/Metallic Spark Black. The Z800 in the new colour is available at the Kawasaki Wakdewadi showroom in Pune and it should be available in Delhi too by now.

A six-speed gearbox is used to transmit all that aggression to the tarmac while those dual semi-floating 310 mm petal discs at the front a 250 mm petal disc at the rear are equally ferocious in stopping the bike in time. 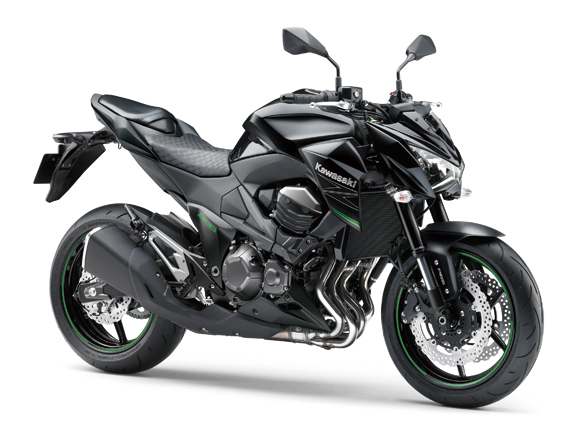 The instrument panel is an all-digital affair with the LCD screen giving readouts for speed, revs, fuel level, etc. The bike is compact enough to be used as an everyday ride (well..almost!) while its 17-litre fuel tank is not too bad for those weekend hauls too. Though the Z800 does not have any direct competitor in the Indian market, price wise it is slotted against the slightly cheaper Triumph Street Triple.

Like the Kawasaki ZX-14R, ZX-10R, Ninja 1000, and Z1000 the Z800 is also brought in by Kawasaki as a CBU (Complete Built-up Unit) but even for the aforementioned amount of money it remains a fine deal!