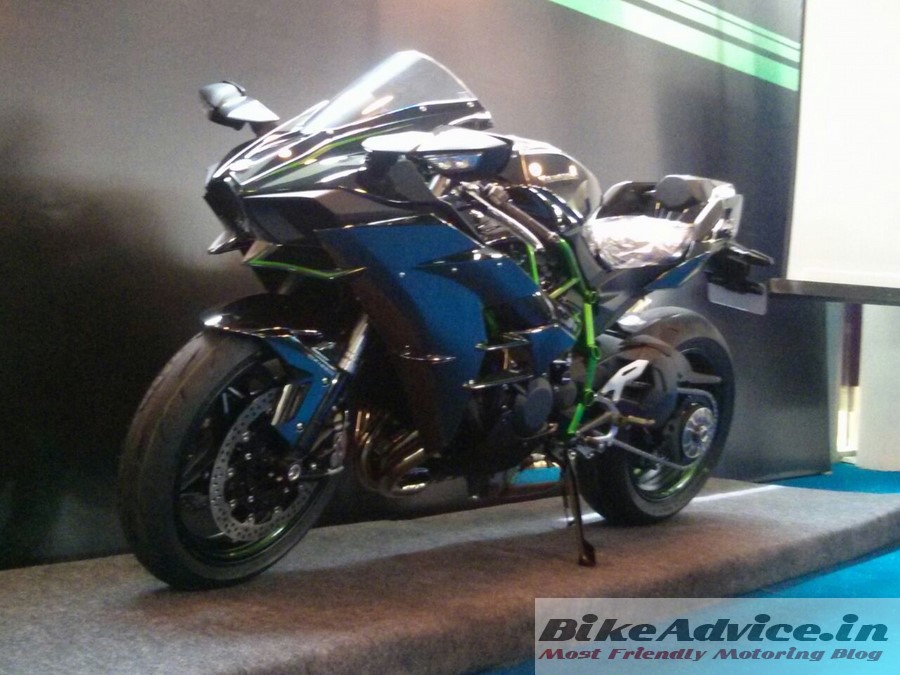 As we have said in our Facebook post a little while back, at BIC Kawasaki has launched the BAAP of liter class motorcycles – Ninja H2 in India today at a sticker price of Rs 29 lakhs (ex-showroom, Delhi). Brought to India from Japan, H2 will be offered as a Completely Built Unit (CBU) and will be imported from Japan. 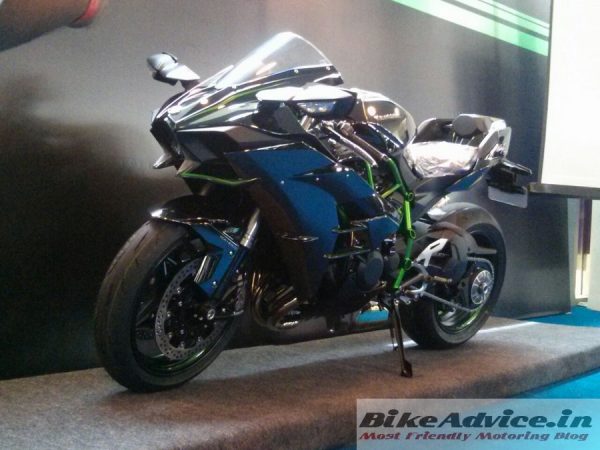 H2 is the only supercharged motorcycle under series production in the world and if that’s not hair-raising, it produces a peak power output of a whooping 210PS! Bookings for the bike began in late December last year for Rs 10 lakhs.

H2 houses an in-line 4 cylinder 998 cc DOHC, 16 valve liquid cooled engine which churns out 200PS of power outout at 11,000 rpm and with RAM air intake, it produces, at the same rpm, 210 PS of brutal power. This gets complemented with a peak torque output of 133.5 Nm at 10,500 rpm. With a kerb weight of 238 kilos, the bike has a ground clearance of 130 mm and a fuel tank capacity of 17 litres. It doesn’t run on rocket fuel but on the good old petrol which should have a minimum Research Octane Number of 95! 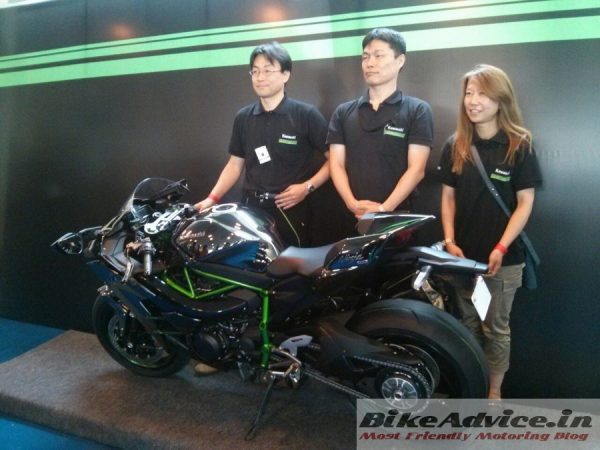 H2 is the road-going version of the insane track-only H2R and was developed in collaboration with Kawasaki Heavy Industries. The motorcycle is not only a technological marvel but also a work of art and was unveiled last year at the EICMA.