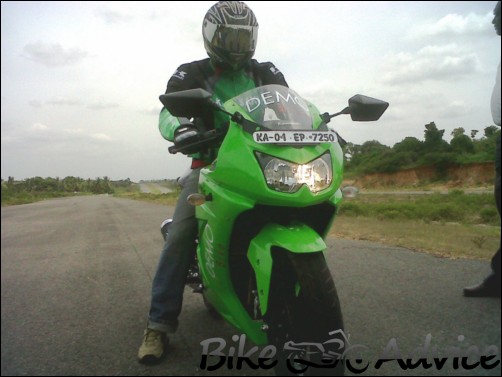 Mr. Tangigawa said that there is no competition between Kawasaki Ninja 250R and Honda CBR 250 because they have different following. He elaborated the fact that Ninja 250R sports a parallel twin engine as opposed to single cylinder engine in Honda CBR250. He was of a opinion that customers who would prefer an entry level bike would go for Ninja 250 over CBR.

Kawasaki clearly stated that they do not have any competition with Honda because both bikes are different as regards look, power, efficiency and styling. Whatever he may say but we know for sure that with Honda coming up with CBR 250 the equation is going to change.

Though Ninja 250 has everything a biker may want in his bike, completion from Honda cannot be ruled out. Overall, one can just say that the fight has just begun and it will definitely go miles.