My first bike was a 2004 Karizma. I use the bike even now and I can confidently say that it is a master piece. In the previous article, Arun had reviewed the bike from a technical stand point. Here I am just reviewing the bike predominantly based on the looks and design. It’s just my opinion and it may not be the same as everyone else. So don’t take it to the heart. Feel free to leave controversial thoughts in the comments. 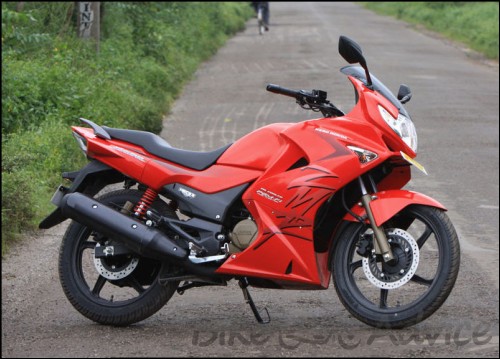 The overall look of the bike is majestic. Bikers like me, especially the young men care about the looks of the bike as much as the performance. This new Karizma is an upgrade to the already successful Karizma R and hence it has a “geth” of its own. I would rather prefer to buy this one rather than an R15 which is a baby of R1. Again, it’s just my opinion, you need not make your buying decision based on my comments. 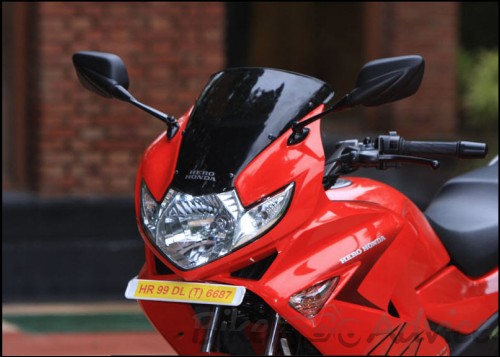 The headlamp is definitely copied from Suzuki, but it’s all right. They say, Nothing is new under the sun. Even our language and culture is copied and manipulated from other cultures. If the first motorcycle ever launched had a seat, 2 wheels, an engine etc., then every motorcycle on road today is a copy of that original one. Got my point? 🙂 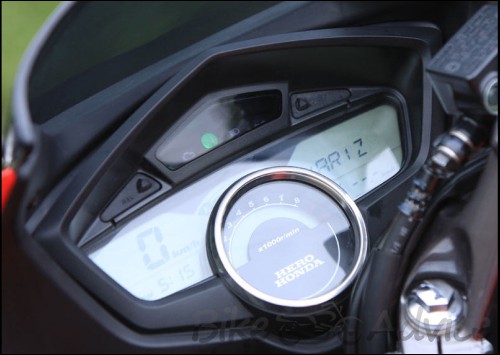 The digital display looks good, but I would have preferred an analog dial for the tachometer. Hero Honda just copied the FZ and Fazer and they assumed that it was better than analog. This picture does not show how the glow is at night. My guess is that it would be in orange/yellow (i.e. amber) like that of GS150R. 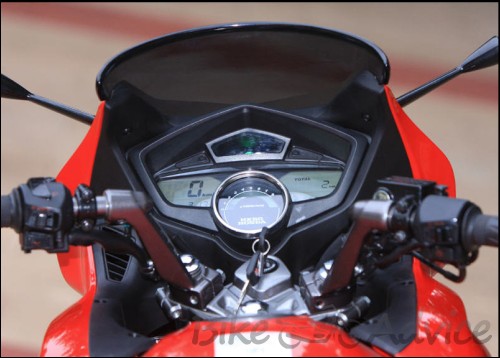 In my old Karizma, I removed the rear view mirrors because it looked ugly when attached to the handle bar. This one looks good. An adaptation from Pulsar 220. 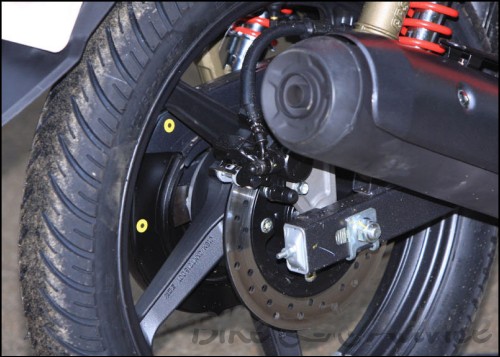 Rear disc brakes are very important for a bike of this price and stature. They should give this as an optional accesory for the Karizma R as well. 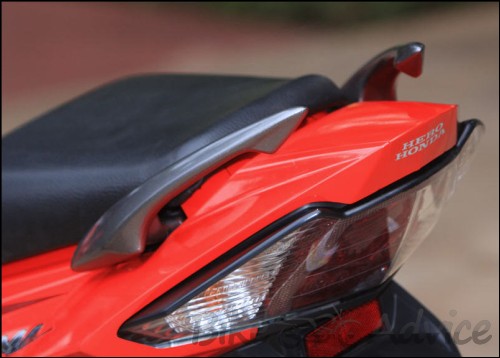 There was really no need for split rear-handlebars. But they have to go with the trend. May be it looks good just because all the bikes come with such handles nowadays. 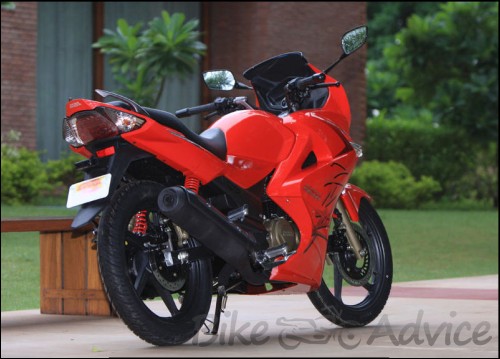 The front part of the bike is too large compared to the rear. This is asymmetrical and does not look good to me. But it is OK. It won’t be the only cause for people who choose not to buy this bike. What do you think about the design of this bike?