Greetings! As you all know that F1 is just round the corner, JPSI sports plans to give racing freaks another opportunity to celebrate by bringing Moto Gp and Superbike series to India at the earliest. Moto Gp is the world’s most famous racing event and the group is trying to bring it to India, this would mean global standards for the country and a sense of jubilation for all the Moto Gp fans. 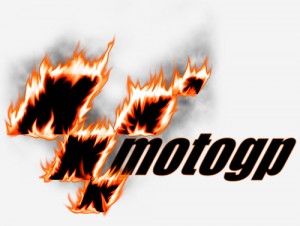 JPSI Sports is a part of the Jaypee Group, the company that made a huge investment of $400 million to set the track up at Greater Noida and also to get an F1 license. Honestly speaking the company has been behind the plans to bring F1 and Moto Gp to India from the beginning and it is because of those efforts we will be able to witness F1 in our country very soon. As a welcome note, the Buddh international track will host an inaugural Airtel Grand Prix race on October 30.

JPSI Sports is certainly doing some good work by trying to bring Moto Gp and Superbike Series to India as soon as possible. When asked about the future path, Mr. Sammer Gaur (MD, JPSI Sports) said that they are currently in the initial stages of talks with both Moto Gp and Superbike championships for an Indian leg. He also said that the aim is to at least conduct 2 to 3 racing events in the year 2012.

Mr. Gaur said that Moto Gp and Superbike championships are different premier racing events held across the globe at different circuits and they are keen to bring it to India. However he pointed out that priority at this point is given to organize F1 successfully. He said that the group has invested much in the track and thus they will make sure that the track is occupied in order to recover the investments.

Mr. Gaur said that out of the total investment of $400 million only 30% is equity and the rest 70% constitutes debt. The firm is expecting about 75 crore in revenue from this years F1 race and moreover there have been a huge demand for the tickets over a couple of weeks now, said Mr. Gaur. JPSI sports is going great guns as they are currently in talks with Puma for the official merchandise partnership of the track, this will surely help their investment recovery plans.

The plans for this year are nothing great but just popularizing the track rather than using it as a main hardcore revenue source. Additionally, JPSI Sports announced a tie-up with Mercedes Benz India, which will provide safety cars for the F1 race. The two companies will also start a performance driving academy in 2012. All in all, JPSI Sports has done some good work till now and they are aiming to achieve higher goals in future. We will have to wait and see if JPSI Sports succeeds in their efforts, we all hope they do.