Hi everyone, I am here not to bore you people with a review of one more bike. In this article, I want to write about a man who has so much passion for bikes that his house has turned into a museum. 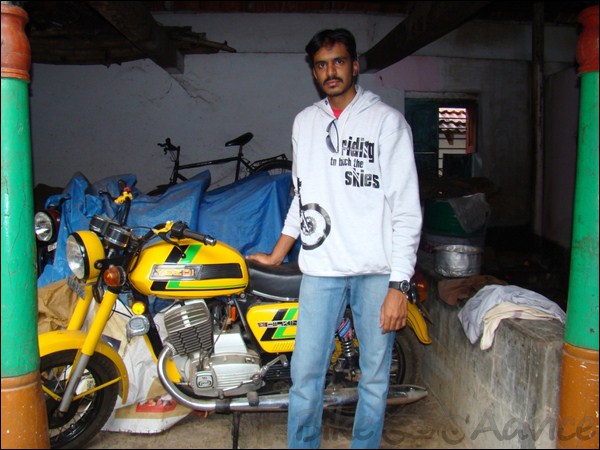 He is a man with lot of passion to one of the greatest motorcycle brand of India which was started in Mysore. Yes, it is Jawa which later became Yezdi.

I recently came through a show on regional news channel about a man near Mysore (Which is birthplace of this machine JAWA) who has collected about 17 bikes all belonging to the same make. My love towards bikes and moreover to these bikes which created the benchmark in motorcycling history in India made me find out the person and see these legends myself. 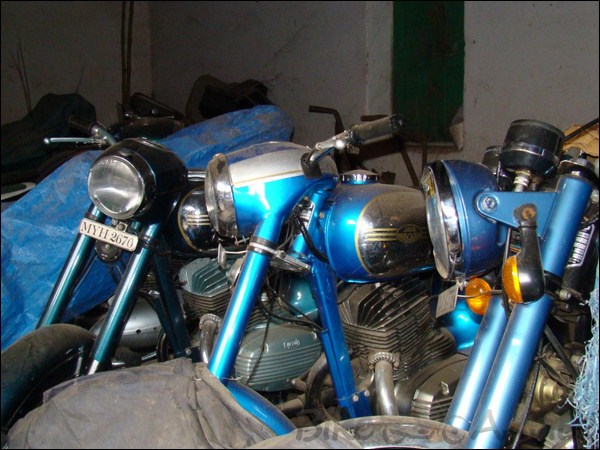 I contacted the news channel people and got the contact information of this man. This man Mr. Boregowda basically having a background of agriculture had passion towards bikes from his youth which had made him collect these masterpieces.

The urge to visit this man made me contact him and finally after getting his appointment, I left my place (Bangalore) heading towards Mysore which is about 140kms just to see these motorcycles. 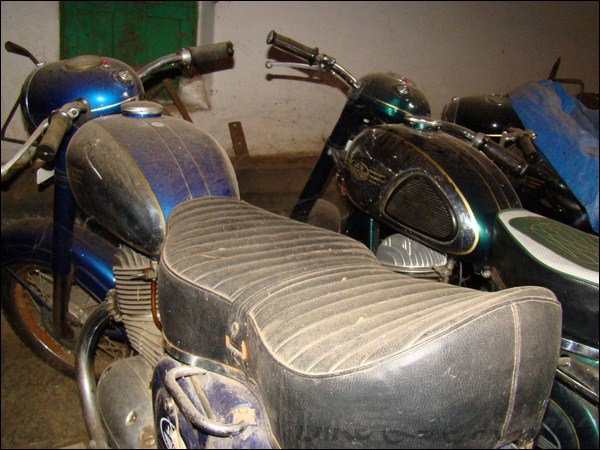 Finally on 20th of June I visited his place but unfortunately he was busy on some other work so could not meet him but his son Mr. Harsha showed his dad’s collection of motorcycles and also showed us the 18th bike in his collection which was a Yezdi Roadking which he purchased it a week before.

Frantisek Janecek began manufacturing Wanderer motorcycles in 1927. In 1929 he rebranded the machine with the name JAWA, derived from the first two letters of the words “Janacek” and “Wanderer”.

This company was shut in 1996 due to the emission norms which could not be met by their 2-Stroke engines and also competition from the Japanese brands which were smooth, fuel efficient 4- stroke engines.

During their period, Jawa faced competitions from Enfield and Rajdoot to a large extent and at one point of time when the ROADKING was released under the brand of Yezdi, overtook the sales figures of the Enfield motorcycles..!!! 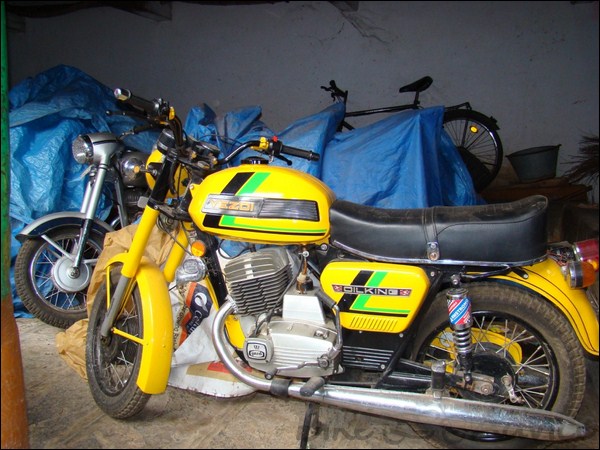 Let me speak about the collection of motorcycles by this bike enthusiast and some information collected on these bikes.

The bike first released was under the brand name JAWA and some information which I collected from Mr. Harsha is that it was a 250cc single cylinder air cooled engine with a twin exhaust. From the picture, you can observe that the cylinder head of JAWA bike is circular and has a dome kind of finish at the top of the engine. 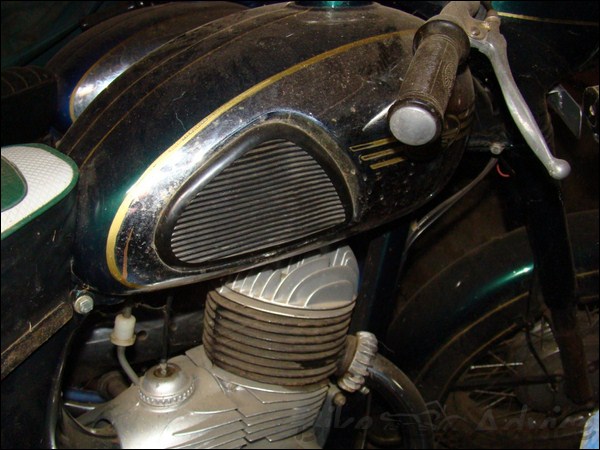 One aware of this detail can distinguish between a JAWA and a YEZDI by looking at their cylinder head. You can also observe from the picture the porcupine like cylinder head and square shaped casing for the cylinder was sold under the brand name YEZDI. 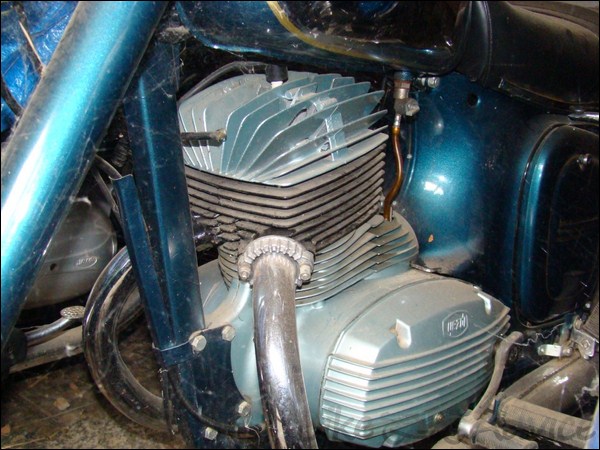 In 1970 a model called OILKING was released under the brand Yezdi which many people are unaware of (I myself was unaware of this model by the Yezdi until I visited this place). This model featured an oil pump to mix the 2T oil and later production of this model ceased. You can observe a prominent protrusion provided for the oil pump just below the engine near the gear. 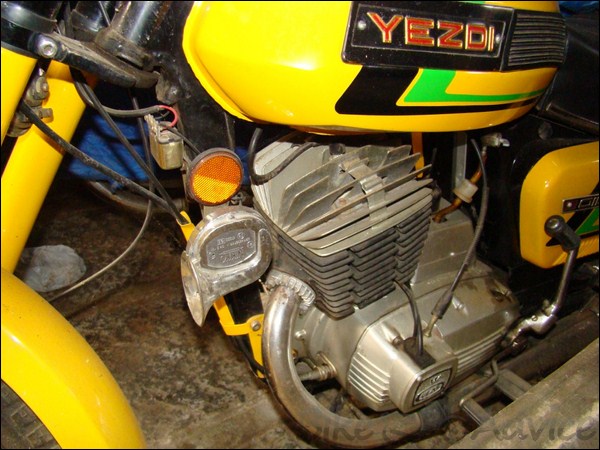 Though this model was retired and oil pump was removed, a protrusion can be observed in the later model ROADKING. 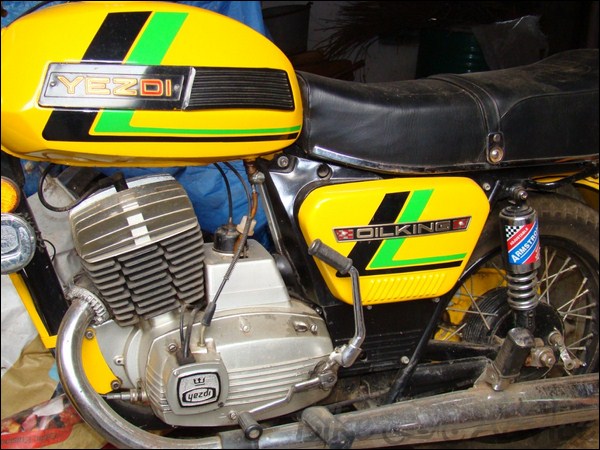 Later in 1974, the most successful model of the Ideal Jawa ltd. “Roadking” was launched. It almost overtook every other models of that period like the Mighty Rajdoots and the muscular Bullets.

All the bikes built by Ideal Jawa had 16 inch wheels and the bikes sold under the brand JAWA had full covered mudguards and a single mould accommodating the headlight and speedometer similar to the Enfields. 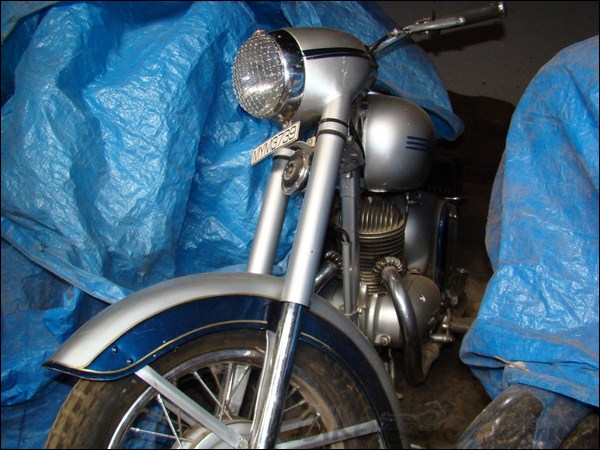 The later Yezdis were built on a single frame like motocross and had the headlight- speedometer assembly separated and had looks of a café-racer rather than the classic retro looks of the earlier JAWA. 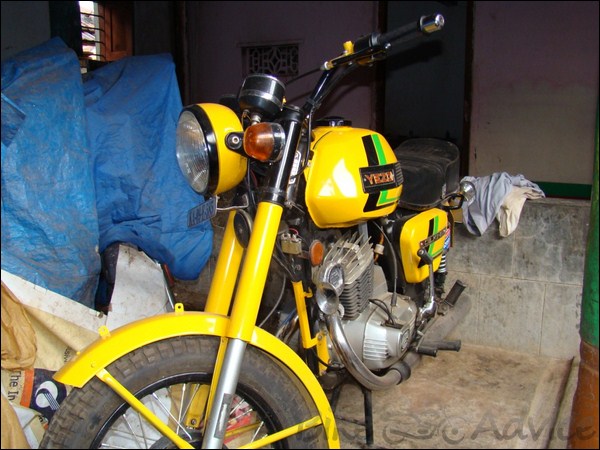 One can distinguish a JAWA from Yezdi from the oil tank below the engine, Jawa bikes have an oval shape oil tank and Yezdi has somewhat a square finish of the oil tank. 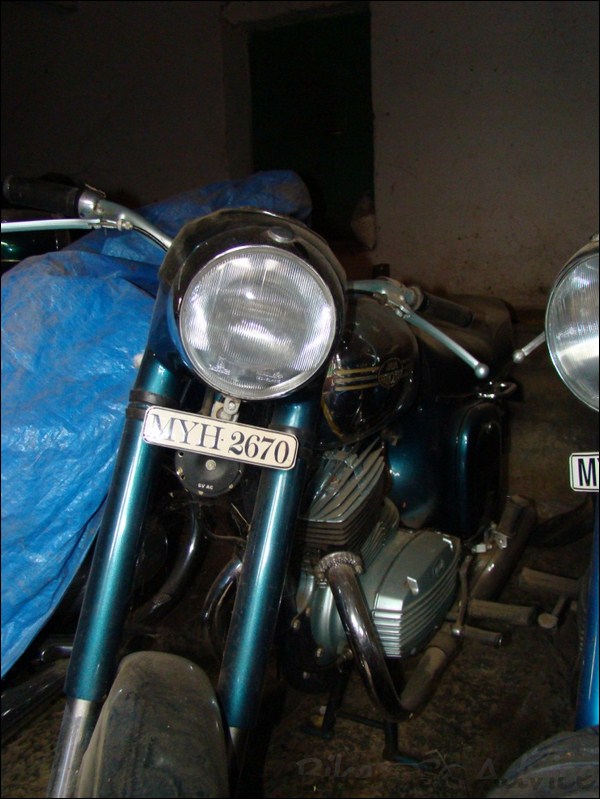 MONARCH: Later in 1996 Yezdi released a model based on its twin frame a Yezdi 350 with a dual cylinder and a 19 inch wheels, this was said to be one of the finest engines developed in India but they could sell only few units of this machine and later the company Ideal Jawa India ltd. was closed the same year.

Few models under Yezdi brand were

One more interesting fact is that in 1996, they had developed a refined engine with aluminum casting but this engine was never put in to production.

Ideal Jawa had exported many of their models to over 60+ countries all over the world and it’s definitely a brand which Indians still remember and be proud of even after one-and-a-half decade after they have stopped the production.

This man Mr. Boregowda has maintained the bikes in good condition and still runs these bike sometime but due to lack of space in his home, it was all put together so pictures of all the bikes could not be taken.

My intention of this write-up was to share some information I collected about one of the Indian motorcycling brand which was popular over 60 countries during its period. My generation of bikers would be unaware of many of this information about an Indigenous legend in the motorcycling history.

I would like to thank Mr. Boregowda for giving me opportunity to visit him, his son Mr. Harsha for providing some details about these bikes especially the OILKING which many people are unaware of, and finally Deepak Raj for providing me the opportunity to write this article and all crew members of Bikeadvice.