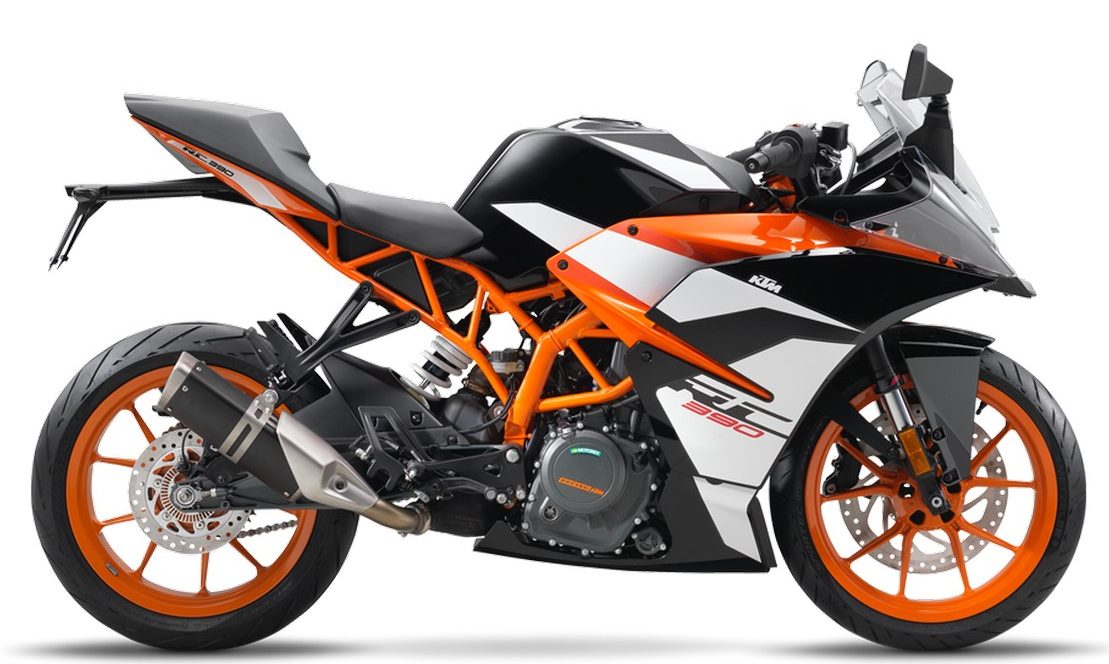 KTM, apart from its biggies also unveiled the 2017 RC390 at the Intermot. While the Duke 390 will be a new-generation model which will be unveiled at EICMA next month, the 2017 RC390 just gets a few cosmetic updates. While the refresh is a good news, the not-so-good version of it is – this infers that the all-new RC390 (based on the changes of the 2017 Duke 390) is still sometime away and may not immediately follow the naked sibling when it (Duke 390) gets launched sometime next year (in India and the world over).

But there is nothing which you can complain because one, it makes the sports motorcycle look fresher and two, KTM has already loaded the exiting version with a lot of useful tech, much more that what the competition offers (some at almost double the prices).

Just like last year, the bike sports a canister exhaust which will be Euro 4 compliant. While the Indian RC390 at present continues with the same underbelly exhaust, the 2017 version, set to hit next year, may get the canister since we will also move to BS4 norms. In terms of graphics, it looks more orange now with a redone fairing and a more prominent ‘RC390’ badge (which also gets a new font) along with a toned down ‘KTM’ moniker.

Powering the bike is the same 373.2 cc single cylinder mill which churns out 43.5 PS of maximum power and 35 Nm of peak torque. At 147 kilos, she is the quickest motorcycle in the segment and offers one of the best power to weight ratio as compared to anything around it! 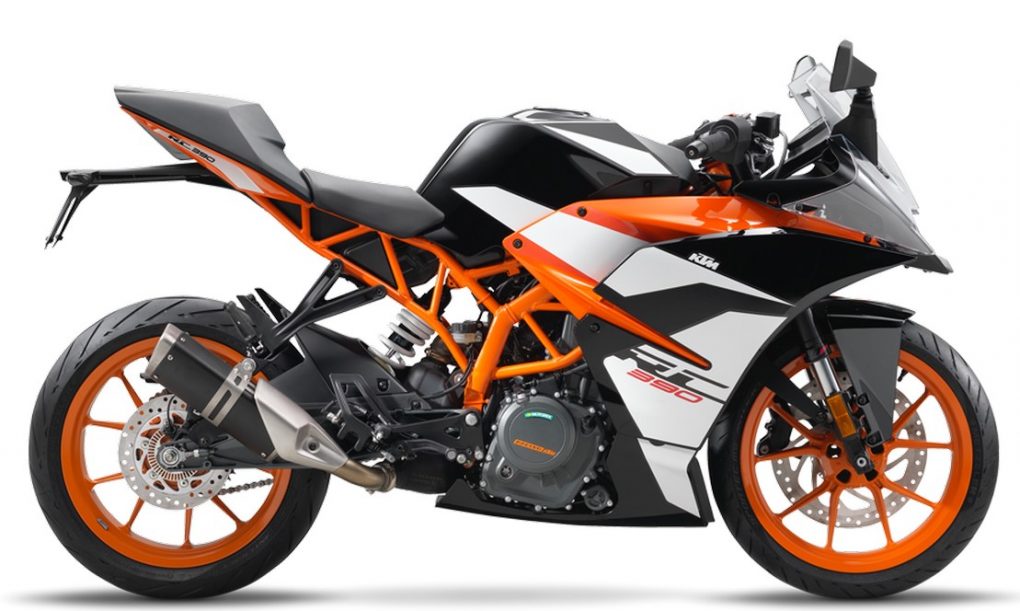 Other features include 320 mm disc at the front and 230 mm at the rear, slipper clutch, ride by wire and adjustable front brake and clutch lever. Bosch’s 9MB two-channel ABS remains as standard. It is priced at 5,099 pounds (~Rs 4.32 lakhs) in UK.

KTM, but how can you take so much time for the 390 Adventure!