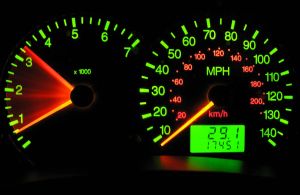 It is also noted that throttle response is good in gasoline and petrol engines than in turbocharged and supercharged engines. One way to improve throttle response of the engine is to drive at lower gears i.e. 4th usually. Although it may not be possible to always drive on the extreme gears but try to do it often because it is one of the simplest ways to improving engine’s throttle. A bike with enhanced throttle response comes handy in overtaking, smooth driving and enhancing driving pleasure.

Throttle is a part of air intake systems which regulates the amount of air flowing in the engine in response to the acceleration by the rider. The rider can also usually adjust their throttle cable located on the right handlebar of the bike. In fuel injected engines the throttle valve is located in intake manifold and in carburetor engines the valve is present in the carburetor.

Throttle response is not some rocket science to understand. Whenever the rider accelerates the throttle plate (a valve located in the throttle) rotates within the body opening a way for air to enter the intake manifold. The amount of air that is flown in the intake manifold is sensed by the engine which in turn sends the appropriate amount of fuel in order to obtain desired air-fuel ratio. The better the air fuel ratio the more responsive the engine becomes.

Overall, we can say that throttle response depends on the engine’s condition. One way of maintaining your engine is to grease it regularly. Also one can use coolants to prevent the bike from overheating. You should try to visit a service center at regular intervals to maintain your engine’s health.