I’ve never been fascinated greatly by Pulsars as I‘m now. The first generation Pulsar launched way back in 2001 which stood perfectly for its tagline ‘Definitely Male’ was the only when I admired, but that was in my school days when bike was still a dream at that point of time. But, taking a look at the spy shots of the next generation Pulsar which is the 2012 model, I’m left speechless. An Indian company with a bike like this is something I’ve never ever dreamt of. 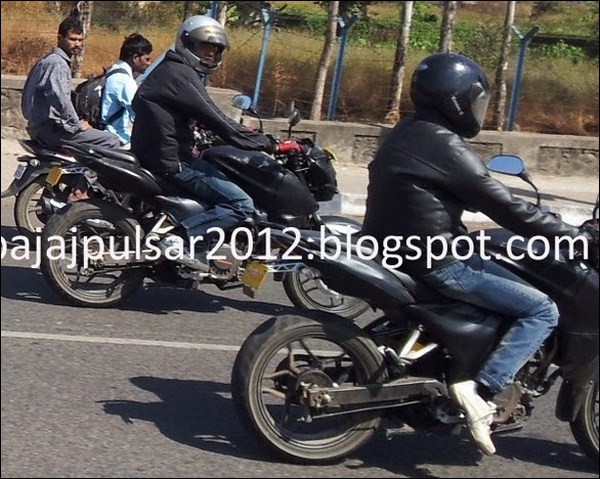 I do understand the hard feeling of die-hard Indian Pulsar fans after seeing the Pulsar with Speed Curves thinking it was the next gen Pulsar. Rejoice that Bajaj hasn’t let you down this time too. The Pulsar 135Ls has so far been the most stylish one among the entire lot of the brand which is why the 2012 model has derived most of its styling cues from it. There’s nothing to regret about it as it looks perfectly cool this time. I still remember Mr. Rajiv Bajaj announcing to the media that the next generation Pulsar (the one you see in the pics here) will not be a merely facelifted version of the existing Pulsar but will be a completely new bike based on an all new platform with the best of technologies incorporated onto it.  All his words have taken shape now. 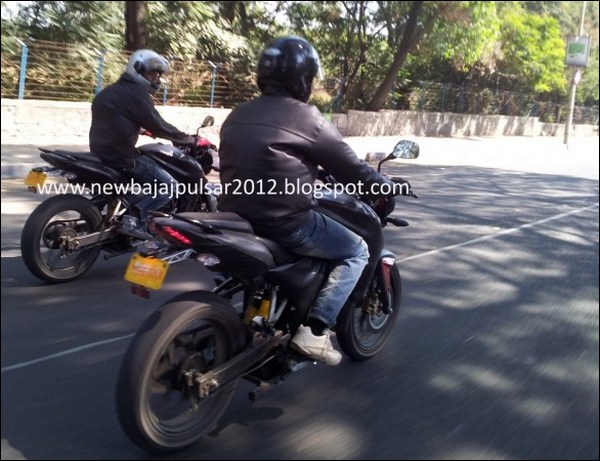 The following are the insights we get to know about the 2012 Pulsar from the spy pics clicked somewhere near the Bajaj’s Chakan plant in Pune. 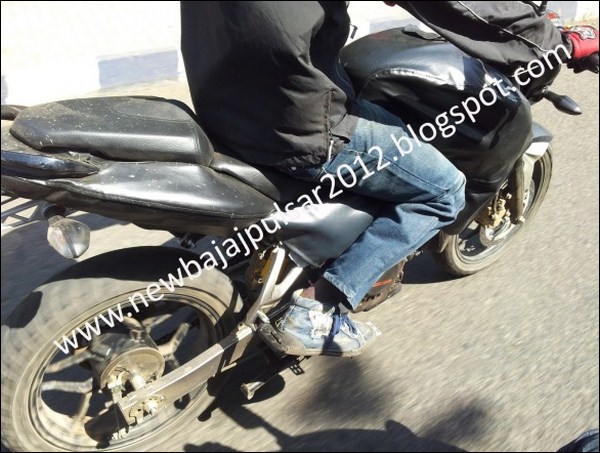 As the proverb ‘Everything comes to him who waits’ means, Bajaj hasn’t ditched it’s prospective young customers who have spent so months waiting to see the next generation Pulsar before getting their next bike booked. This model is sure to continue its reign in the sport bike category. I’m now excited to see this model in the Delhi Auto Expo 2012 which is scheduled in the month of January. Start pouring in your thoughts about this bike, Dear PulsarManiacs.