India may just get lucky because there are chances of getting the elder brother of 125 Duke called KTM 200 Duke. The news came straight from the headquarters of the Austrian company, KTM. According to the news India including South America and Asia are going to get higher version of KTM Duke apparently called KTM 200 Duke. 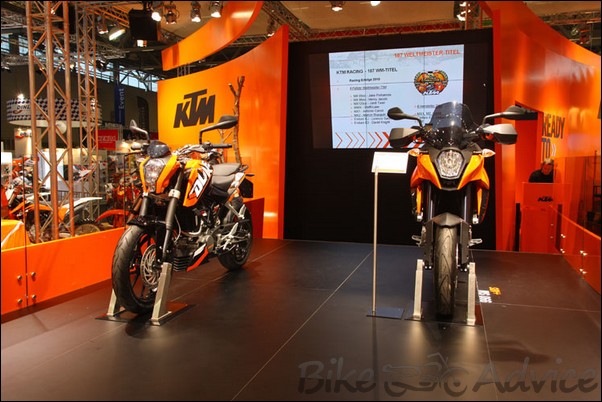 After this sudden shift in plans, we cannot still believe the words of KTM regarding the engine capacity of the bike to be launched. As of now, KTM is sticking to its statement of launching 200cc Duke to India. As regards the engine capacity and performance, this elder KTM is speculated to generate the power of more than 20ps. It is further speculated that the new bike will be around 130Kgs and fitted with WP suspensions.

Speaking of the looks, KTM 200 is expected to be more hunky and stylish. KTM is also planning a bike of 350cc in Europe. Indians may, in a year or two, expect the even higher versions of the bike. Well, one thing is for sure that KTM is coming to India no matter what the displacement of the engine is like. Sources say that no matter whatever the circumstances are but the bike is definitely coming by  2011. KTM will use Bajaj Chakan plant to produce the bike.

Also according to the news, KTM decided to launch 200 Duke because no one will actually spare about a lakh rupees for a 125cc bike. However, Europe is getting 125cc KTM for sure. KTM duke has released an FAQ section of their facebook fan page which confirms that the Austrian company will release 200cc capacity bikes for selected Asian and South American Markets. KTM is coming to India no matter what. We hope to see KTM 200 Duke in India by next year, keep your fingers crossed guys.