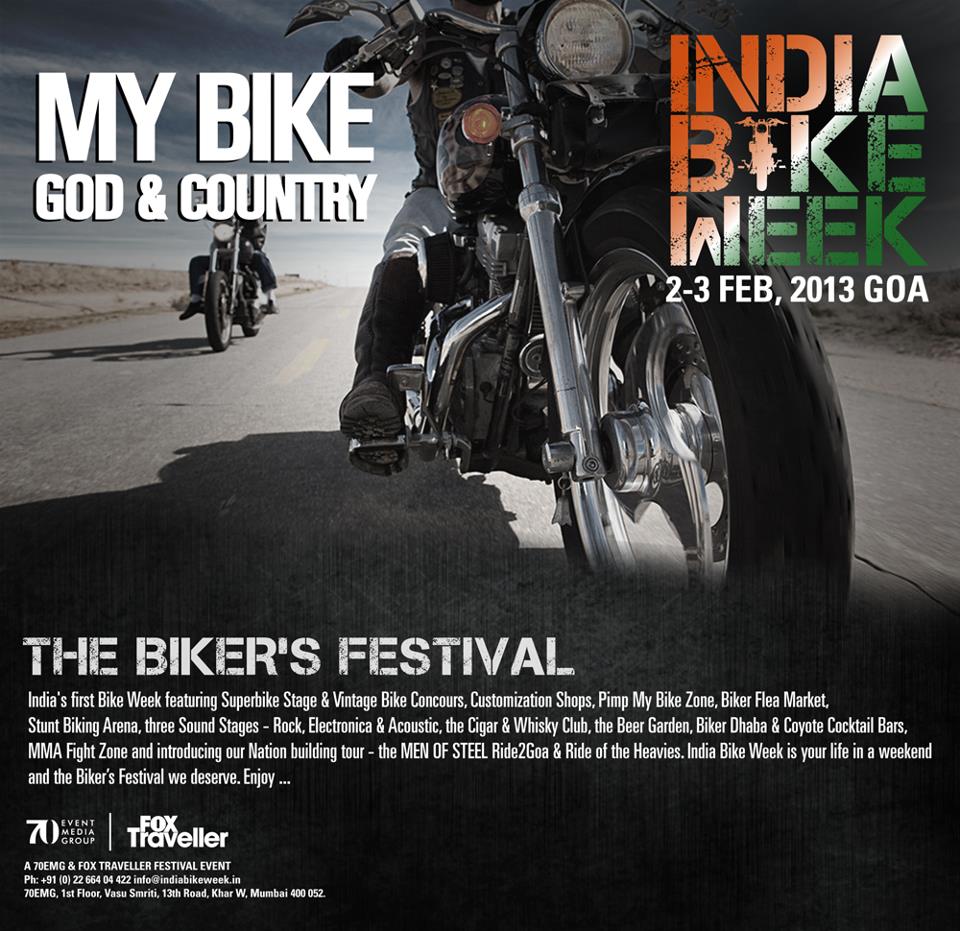 The culture of motorcycling is fast evolving in India, thanks to the manufacturers for bringing out high displacement bikes at not-so exorbitant prices in the Indian market. There also has been a shift in the consumer’s buying preferences from simple commuters to gas guzzling big displacement bikes and using them for touring purposes. Also on rise are bikers’ riding groups in various cities. It is really pleasing to witness this shift which will benefit equally for the manufacturers and the consumers alike.

This heavy interest in bikes and motorcycling culture has also paved way for motorcycle carnivals. In one such recent news, Seventy Event media group, along with travel and lifestyle channel Fox Traveller will be hosting the India Bike Week on 2nd and 3rd February 2013 in North Goa. Here you will be able to get up, close and personal with a myriad variety of motorcycles ranging from custom-built ones to superbikes and vintage ones. Also present will be few famous motorcycles that have been used in movies. The attendees will also be treated to a biker build off event which will take place over 2 days.

India Bike Week will also have something very cool called “Pimp My Ride” where the enthusiasts can treat their bikes to some custom paint jobs and also on their personal helmets. Also present will be brand specific service areas for motorcycles along with merchandise stalls selling riding gear, accessories and bike literature. The extravaganza doesn’t end here though. This carnival will also offer three music stages with bars, restaurants, tattoo artists, a speaker’s corner, an internet cafe, gym and spa, mixed martial arts demos as well as a cinema. And the best part comes at last- the organizers have erected a purpose-built test track where you will be able to ride superbikes sold in India at the event. Ticket prices start from Rs. 2000 for a single day and Rs 3,000 for both days. To celebrate 110 years of Harley Davidson, the Harley Owners’ group (HOG) will also be riding to the event. 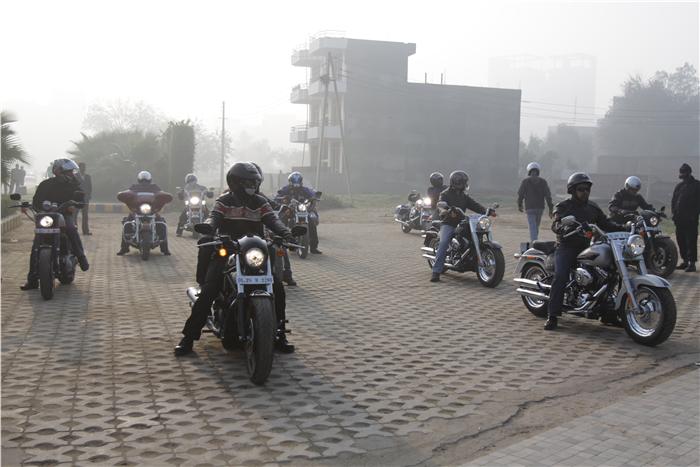