An official of Bajaj Auto Ltd had mentioned that the continuous hike in interest rates has not impacted the sales of two wheelers in India. According to a recent article in the Business Line, ‘On its own, Bajaj Auto Ltd has increased its motorcycle market share in Tamil Nadu, bettering the industrial growth average in the process, according to a senior executive of the company. 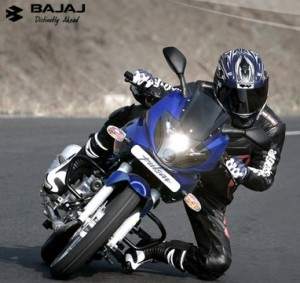 The official was also confident that the sales of the latest 150 cc version of Bajaj Boxer, launched exclusively for the rural customers in Coimbatore on Friday, would triple during the Pongal season, before tapering off slightly. Mr Guruprasad Rajarao, Zonal Manager (Motorcycles) for Tamil Nadu and Kerala, told Business Line on the sidelines of the launch that the motorcycles market in Tamil Nadu currently stood at around 79,000 units a month. He expected this to grow to about 1 to 1.1 lakh a month by January next.

Mr Rajarao also said that the compounded annual growth rate (CAGR) for the two-wheeler segment at the national level was around 17 per cent for the past ten years, and Tamil Nadu, with a CAGR of about 16 per cent, was keeping pace. There was potential for the State’s growth rate to touch 20 per cent in a year or so.

To mention the importance of Tamilnadu for Bajaj Auto, he said, “In Tamil Nadu July sales stood at about 79,000 units, of which Bajaj Auto’s share was about 22,000 vehicles, or 27 per cent, compared to 24 per cent earlier in the year. The company expects an increase during August too.”

Asked whether Bajaj Auto was eating into competitors’ market share or whether the overall market size was growing, he said Bajaj has “outgrown the industry” and hence its market share had risen. The growth was essentially fuelled by the company’s ‘Discover’ brand, which sells about 6,000 units, and the Pulsar brand, which sells about 7,000 units a month in Tamil Nadu. The base brand Boxer made up the rest.

The Bajaj Boxer, which is commonly and rightly referred to as ‘Bharat Bike’  has features such as thicker tyres, longer wheel base, longer and wider seats, improved suspension and so on, catering largely to rural clients, while doubling as a goods carrier. He said this bike is virtually ‘A SUV on two wheels’. Oh yeah, the new Boxer 150 deserves being called as mentioned above, owing to the fact that it can handle any type of road with high levels of load.