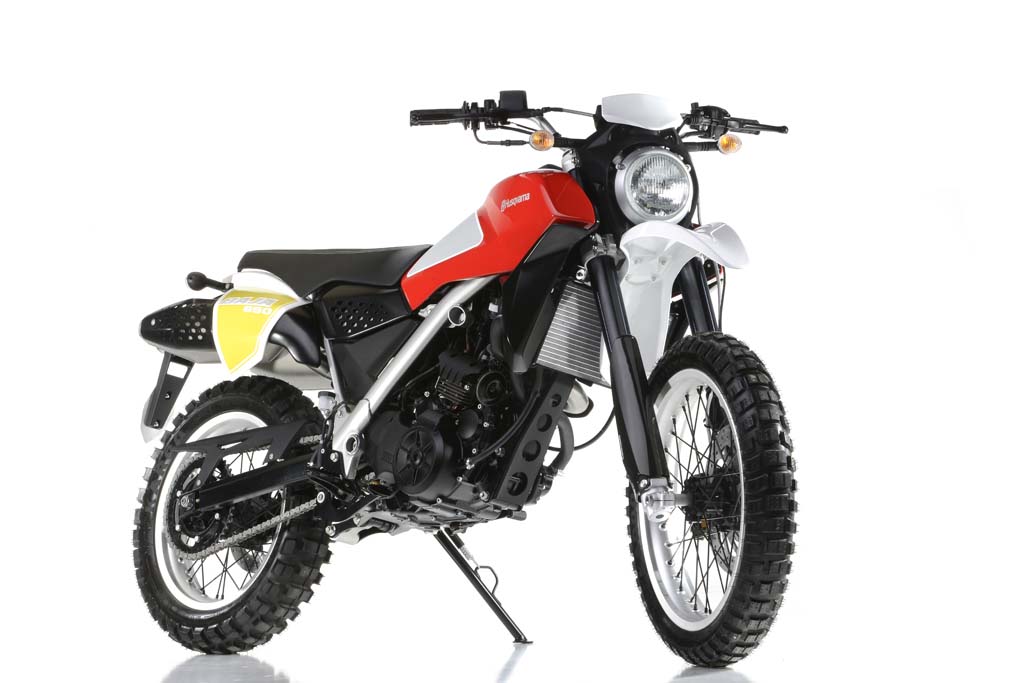 Husqvarna might not be a very famous name among the mainstream motorcycle manufacturers but it enjoys a very respectable position when it comes to designing and developing off-road motorcycles. The company has been actively participating in international off-road motorcycle racing. The team has clinched 82 World Championship titles till date. This year at EICMA 2012, Husqvarna presented another off-road concept motorcycle which the company says, embodies both the identity and the history of the Husqvarna Motorcycles brand. Called the Concept BAJA, it is one more step closer at developing this motorcycle which has been designed on modern interpretation of the scrambler theme. The first iteration of the concept was presented by Husqvarna  last year at EICMA, called the Concept MOAB. 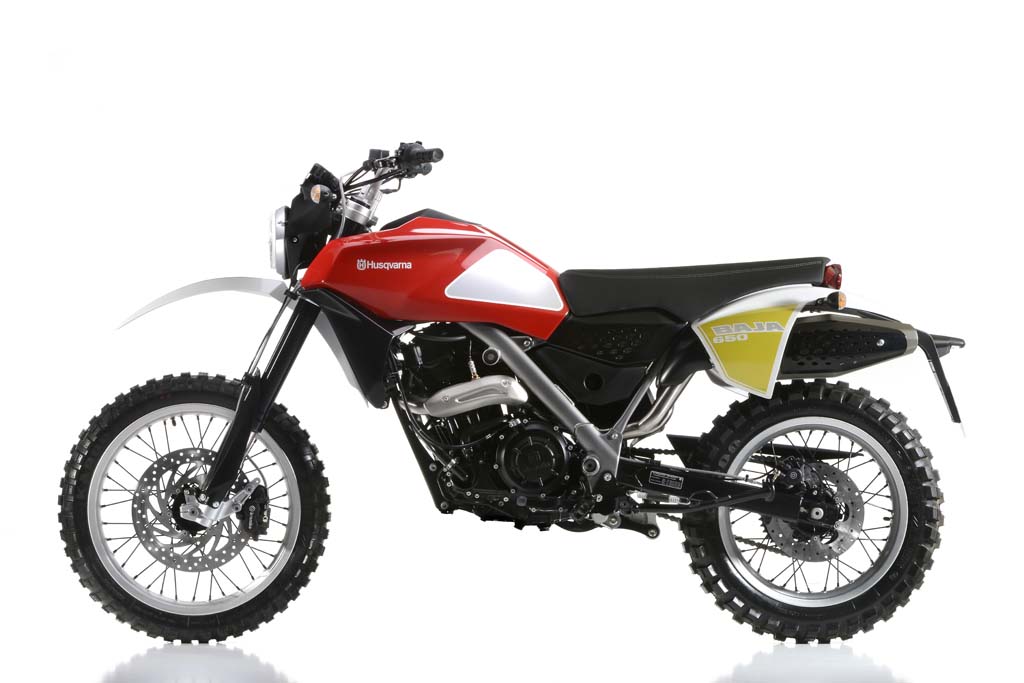 The BAJA concept gets a very retro-kind design language but underneath it features cutting edge technology. It is styled after the Husqvarna Cross 400, made famous by Steve McQueen on the cover of Sports Illustrated in 1971. The Husqvarna BAJA concept is powered by a variation of the BMW 650’s 650cc single cylinder sourced engine which is used in the TR650 platform. The original concept featured multiple LEDs embedded in a number plate which has been replaced by a single lamp hinting the production model is very near to be launched, probably early next year.

Talking about the chassis, the bike features a steel tube frame which is expected to be extremely agile and light. Front wheel suspension is provided by a pair of upside down forks while the rear wheel suspension is taken care by the torsion-resistant dual swinging arm in conjunction with a central spring strut hinged on a lever system. This system is expected to complement the chassis in making the bike agile and an excellent handler. The motorcycle will be taking care of the off-road terrains using the  19-inch and 17-inch wire spoke wheels at front and rear respectively. Braking power is provided by front and rear discs sourced from Brembo. 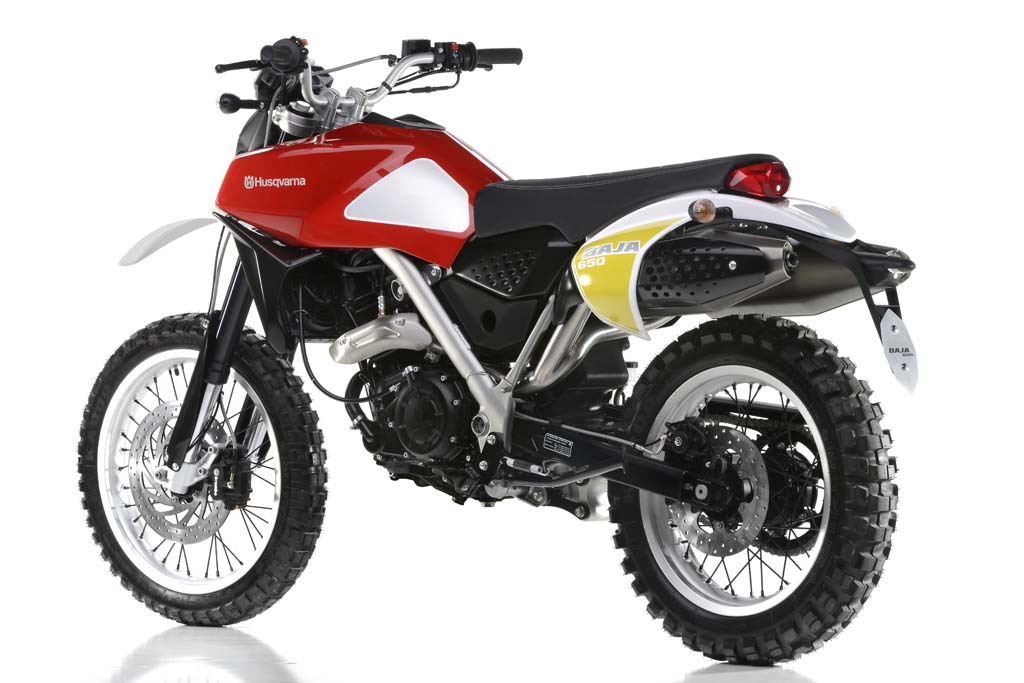