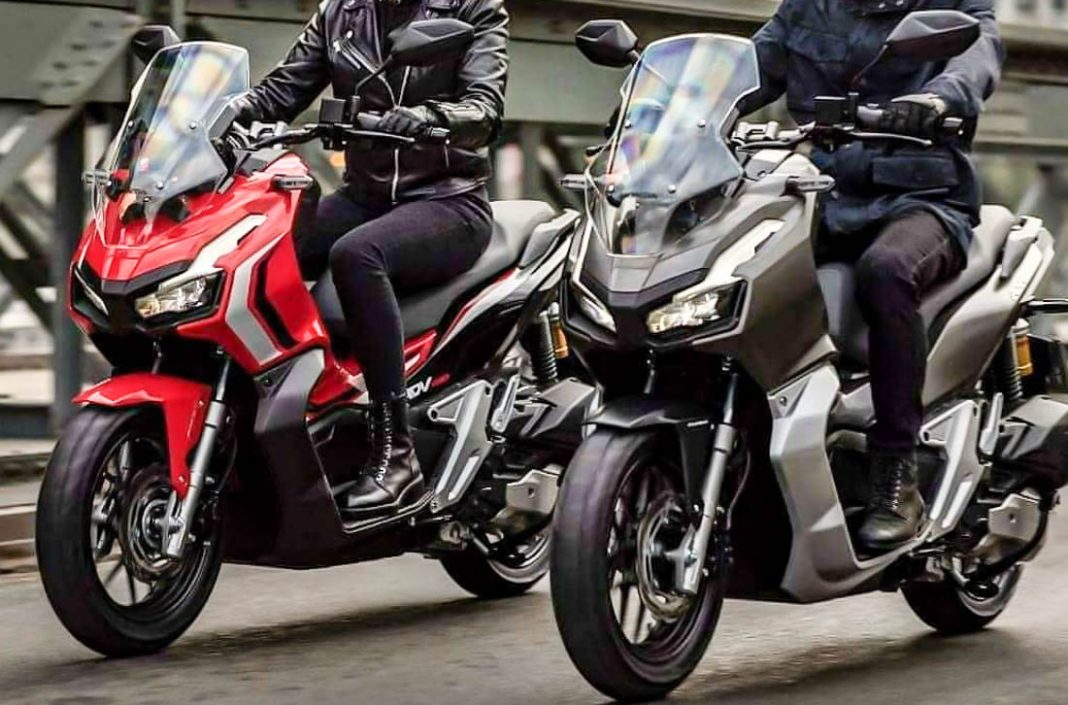 Look at these Honda X-ADV 150 pics – doesn’t it looks real interesting..? Time for other companies to look into this segment..?

From motorcycles, this concept of adventure machines is percolating to scooters. Honda already sells a 745 cc adventure scooter internationally under the name of X-ADV and they have just unveiled its lesser sibling X-ADV 150 at the Gaikindo Indonesia International Auto Show (GIIAS 2019).

X-ADV 150 is a rugged looking sporty scooter which gets a nice and high-rise stance with large-travel telescopic shock absorbers and a motorcycle-like flowing body including the upswept exhaust. At the rear it gets gas-charged Showa shock-ups.

That visor is adjustable and the scoot runs on a combination of 14 inch and 13 inch tyres for the front and rear respectively. These groovy tyres appear to be capable enough to tackle light rough trails and obviously the scooter is not a hardcore off-roader. While the bigger 750 gets spoke wheels, the X-ADV 150 comes with alloy wheels.

It would be far-fetched to expect Honda to launch this X-ADV 150 in India considering that they have very reluctantly started focus on the 125 cc scooter segment. But what if Honda, out of the blue, decides to take the lead and considers it for our market? Wouldn’t this open a whole new segment for everyone to explore…