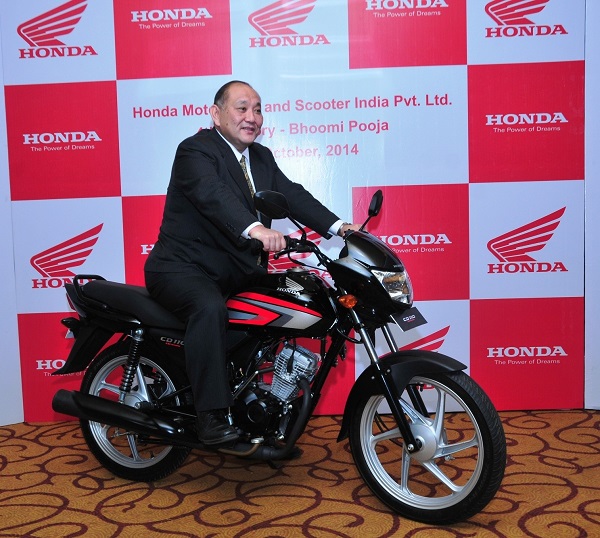 Honda is easily the most aggressive player in the Indian two wheeler market today and has eyes set on its former partner’s coveted top spot and they do seem to have a plan, a rather interesting one! For the past many months Honda’s Activa has been featuring among the two 3 highest selling two wheelers in India. In fact, scooters segment is growing at an impressive pace, much better than motorcycles.

To boost their scooter portfolio even further and to take care of the growing demand, Honda Motorcycle and Scooter India is building the world’s largest scooter-only manufacturing facility in Gujarat.

The plant is located at Vithalapur in Ahmedabad district of Gujarat and will be operation by December 2015. The plant sees an investment of Rs 1,100 crores and within two years of operation, it will create job opportunities for 3,000 people.

The company expects that thanks to the growing infrastructure set up in rural parts of the country, the demand for automatic scooters will continue to grow exponentially and will comprise 35 per cent of the total two-wheeler sales in the country.

This plant also seems to be an answer to a growing demand of scooters in the western parts of the country. In fact the company management says that Western India accounts for 25 per cent of Honda’s business in India.