Hi friends this is chetan bedse from Jalgaon, This is my experience with one of the smoothest and reliable Indian Bike the Honda Unicorn. I have had experience with two different Unicorns one is a 2006 model and another is a 2008 model more or less both were the same except for the one difference, the later was smoother and the former was little more aggressive. 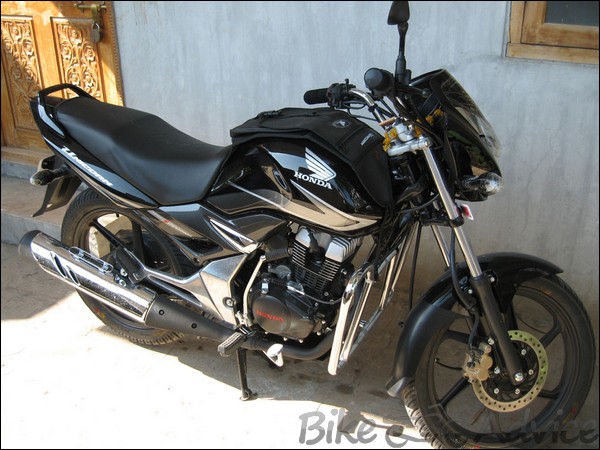 Here is my review about my friend’s bike. At first he was very confused to choose the bikes in the 150cc segment because of that he had many options like Bajaj Pulsar (which is common), Hero Honda CBZ Extreme, Hero Honda Hunk (lack in finishing), Suzuki GS150R, Yamaha FZ, FZ-S, Fazer are awesome looking bikes but mainly lack in mileage.

Because of all these research and home work, he taught that thinking is such a waste of time and finally decided to go for the Honda Unicorn. The bike also feels very comfortable and also rides like a dream with the completely silent engine sounding characteristics. To start off with one can say Unicorn has the most refined engine among the Indian bikes and no other manufacturer can beat the quality of this machine. 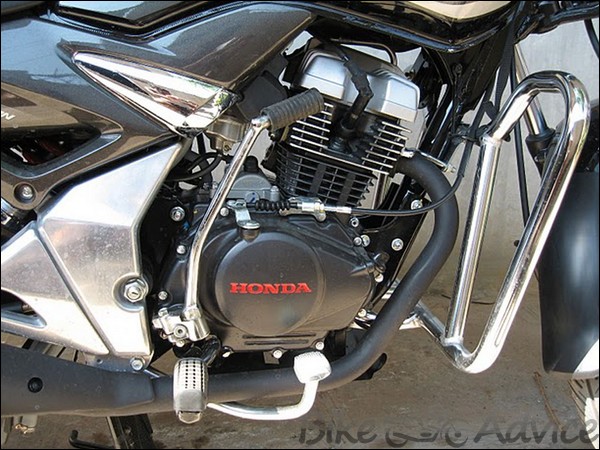 When one rides this bike the first thing he would feel is the comfort and ride quality, It is unbeatable and top class, the engine glides like butter and the riding position and handlebars gives you a quality and comfort ride throughout. The 150 cc engine producing 13.3bhp at 8000rpm and torque 1.3kgm at 5500rpm Is the smoothest I have ever rode and there were no vibrations even on 100+ kmph speeds.

The gear box too is the smoothest only Yamaha has similar quality in other Indian bikes, It has great pickup and a reasonable midrange too, But the new editions have smoother engines and their throttle response is not very quick and if you have not revved the engines during the run in time you won’t be having a descent midrange, and I personally feel that the new version is too smooth and hence you feel like riding an underpowered engine in a big body.

If you are on the adrenaline pumping category then you won’t be satisfied with the new Unicorn, when the bike is idling you won’t feel the engine running and might hit the start button again. Even though the engine produces the same power as of a 150cc Pulsar it always had an upper hand while on road and the 2006 model even managed to do a 112 kmph as indicated by the meter and since one of my friend was lagging behind in a Pulsar. 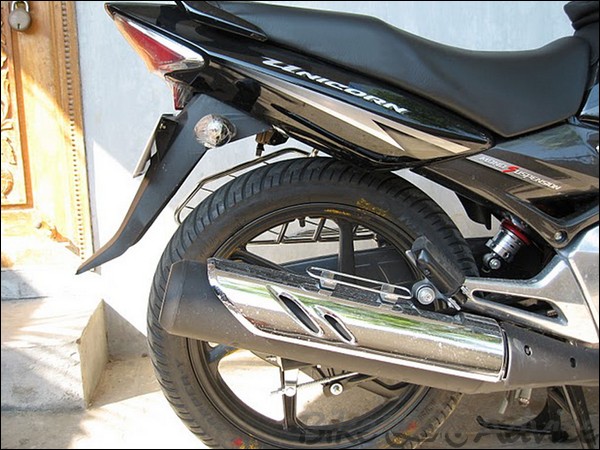 It seemed real too, But the 2008 model didn’t perform on that par the highest ever got on it was a 103 kmph. The disk brakes are good but little spongy, but not bad and with the rear combination it is passable though not as sharp as apache’s and Fz’s. The electric start system seems to have problems during cold start, and sometimes it even takes few extra kicks to start in the morning, and there seems to be complaints about carburator in the new ones. 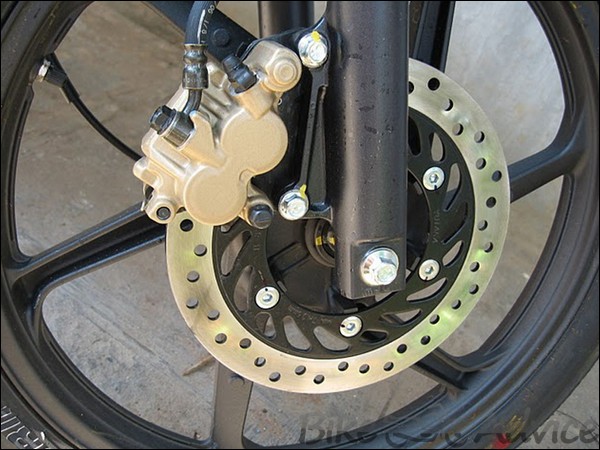 It gives a very descent mileage of around 55 kmpl making it an ideal commuter and will give around 60 kmpl on highways. The build quality is top class and all the parts used are of superior quality and hence the bike gives you a solid feel and is reliable as the brand name itself, the 2006 model I mentioned before still has the same smooth feel and it never had any major spare part change or overhaul except for the normal wear and tear.

Ride quality is another big plus, with the monoshock setup, a wide comfortable seat, well positioned handlebar and a correct posture this machine is the most comfortable one to ride after the bullets and Karizma, it takes out small potholes on road with ease and is not much of a strain to your back, it is best for a long distance travel too, and this bike has a very comfortable pillion seat too ( your girlfriend may not like the looks of the bike but will surely like the seat).

Handling is another advantage with the long wheelbase and good tires, but the weight of the bike makes it little trickier during cornering and on low speeds or traffic zigzags you will surely feel the weight, but the bike is extremely stable at all speed ranges and even at high speeds handling is quick and safe. 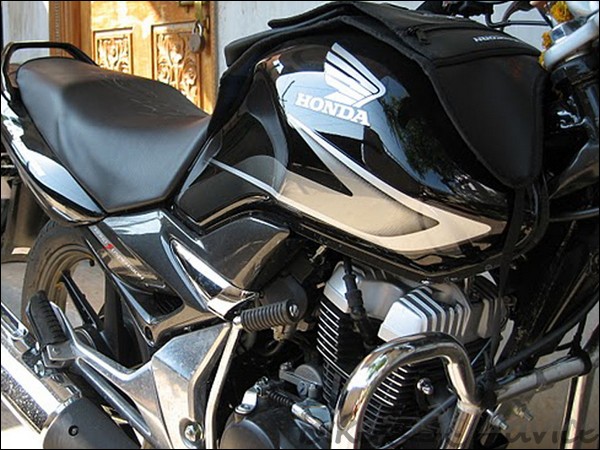 The Honda service is average considering the fact the bike is build with maximum quality the service is not on par with it though. Sadly this bike sure looks outdated in today’s bike market, it has a very simple appearance (I personally liked 2006 version better than today’s variant), even the 125cc Stunner and 110cc Twister looks far better, and if your fashion conscious this bike is not for you.

It will not get you any attraction and sometimes may even be confused with a passion or shine, and it surely won’t look hot alongside an FZ or an apache (again looks are more of a personal choice though). The instrument cluster too is outdated compared to other bikes in its category it doesn’t offer any gizmos but still does majority of the deeds right, headlights could have been brighter, horns are not much help they sound like ones of the 100cc bikes, indicator design is not crash proof (rubber fixed) like Pulsars and Apache’s. 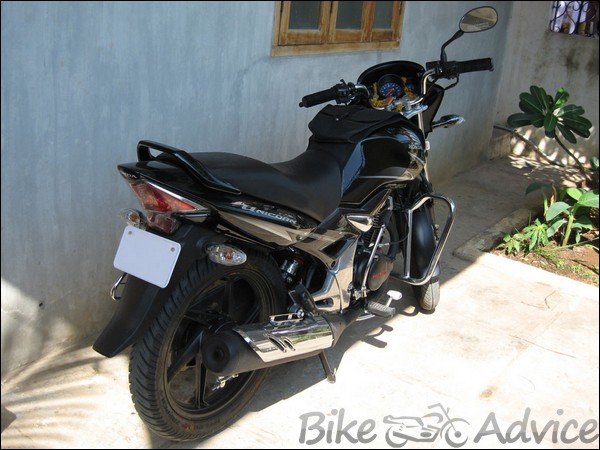 Looks apart, still Unicorn is one of the most reliable and sought after bikes in India, you have to wait 50+ days for the delivery, and your parents will love it, that may not be the case with your girlfriend though, If you’re looking for a descent looking not very fancy reliable bike then Unicorn is for you, it has good power, good mileage, descent looks and a good resale value so this bike is for the family person who doesn’t mind not having fancy instrument clusters and LED tail lamps.

If you want same kind of performance with some added style you can consider hero Honda Hunk and CBZ Extreme they both have the same Honda engine but less refined. So happy biking guys.