It was after much fanfare did Honda launch the very sought after 250 cubic capacity bike and named it (probably inaptly) a CBR, in January this year. The promise was that the deliveries would start by April. After a slight delay, they did start delivering CBRs to the respective owners but at a snarling pace. 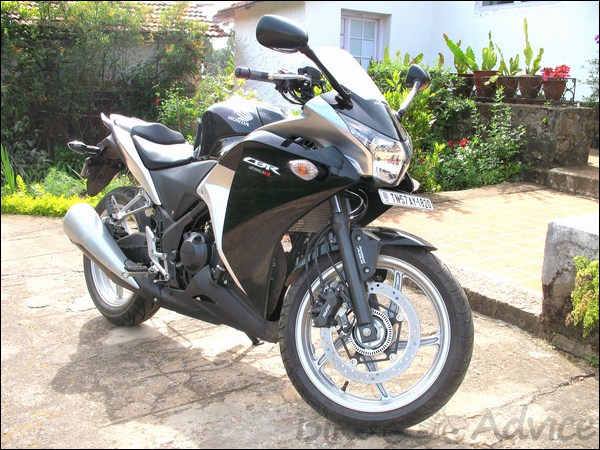 A bike which was obvious to create big sales caught Honda unawares probably due to the response. They were not ready to process so many deliveries and hence the waiting time of the bike kept on increasing. Dealers were the ones who were at the receiving end as they had to face the wrath of ‘kept-waiting’ customers and inadequate response from HMSI.

We have seen traces of prospect buyers who are still kept waiting for their CBRs deliveries after having booked in January. According to some showrooms people who have booked in February will get their bikes in July and so on. Ironically, HMSI also quotes horrendously high waiting periods for its 150cc Unicorn and 110cc scooter Activa.

The story doesn’t end here. Coming from Honda and considering the immense agonizing pain one suffers after putting down his money on the table, the least expected is a ‘lived happily ever after’ journey thereon. It’s not the case with CBR, unfortunately.

Call it luck or fate, owners are reporting big time issues with the quality of the bike. Most of the owners are telling a tale which makes us believe firmly that Honda did this project in a ‘jiffy’ or something is/was wrong somewhere. Apart from the engine bit almost everything feels to be fitted not to Honda standards for sure, not at least of what we have known Honda for. Yawning gaps between joints, bad quality of plastic, wires dwindling out like poke-me man etc, it comes equipped with all.

Only a short stint of breath and we have heard issues related to engine heating, rubber footrest peeling off, loose mirrors, unfastened screws , plastic and finishing issues etc. Call them dealer issues related to PDIs or company’s overlook, these (even if miniscule) issues are not one expects after waiting for insane amount of days and paying over one and a half lakh of rupees.

Ohh and what happens after you need a service for your bike? Humorous stories make way! At most of the places, which include a few big and prominent cities, Honda doesn’t have servicemen trained for servicing CBRs. At a few places the ‘Hit & Trial’ formula is applied on your hard earned (literally!) CBR, making things even worse for you.

What if I want to get my regular stuff changed during my standard service interval? You don’t do it, simple! Well, at least that is what is happening at many places. At the first service at 1000 kilometers, Honda recommends changing the Oil Filter along with oil. But only if HMSI service dealers have the opportunity of stocking the CBRs oil filter, yet!

And only God can save you in case you happen to have an accident. Yes, God will be the one saving you from an accident but what happens after you are saved? If it’s a major issue with your bike, do not bother about things much, keep your bike in a showcase for sometime and wait for the time to pass by because most HMSI service dealers do not have the arsenal (read spares) and the acumen (read training) to get your bike to shape.

Even if the fall/accident is not major and needs change of basic outer stuff, rest assured you would have to ride your bike without them for many days together. Huge cries of large waiting periods and non availability of spares and trained servicemen are big time rampant on big forums and sites. Many people have questioned this decision of Honda to launch the bike without being able to handle the sales and service part. They could have taken their time and worked out the ground basics first before proceeding with the launch.

However, on the positive front, Honda seems to taking note of the issue and working hard towards resolving the same. They are working big time on cutting down the waiting period and are trying to clear out the backlogs as soon as they can. Another plant which would become operational soon will help CBR, Activa and other HMSI products prospect customers further. Service people are being trained to cater to a technically superior bike like CBR. We just hope that a wonderful bike like CBR does not go bruised just because of some unwanted and uncalled for issues.