As CEO of Honda Motor Company, Mr Takanobu Ito, has a hectic schedule through the year. Despite that, he is taking time off to be present at the inaugural of his Indian two-wheeler arm’s new plant in Rajasthan on Wednesday. 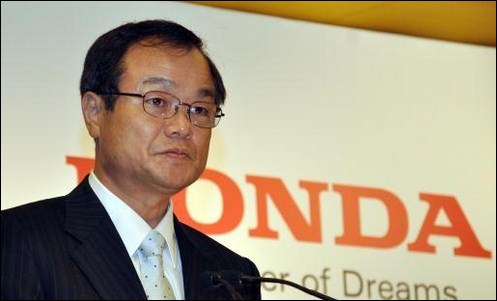 “It is a strong message of Honda’s intent in India, now that it is on its own without the Hero Group,” an auto sector executive told Business Line. The separation has resulted in Honda losing annual sales of five million bikes to its erstwhile Indian ally.

“Key competitors in these markets are Chinese and Indian (two-wheeler) makers. For Honda to remain a market leader, it must not only maintain the high attractiveness and quality of products but also improve cost-competitiveness to match the low prices of these competitors,” he had said.

The underlying message is clear. The new HMSI will focus on the commuter bike segment which accounts for numbers of over four lakh units a month. The Hero Group is the leader here thanks largely to its Splendor and Passion models while Bajaj Auto is rapidly emerging a force to reckon with.

This fiscal is expected to see Hero Honda’s two-wheeler numbers cross the six-million-unit mark, while Bajaj Auto would be around 4.5 million bikes. The projections for TVS Motor are closer to 2.5 million, while HMSI will end at 2.2 million units.

Once capacity at Rajasthan is doubled to 1.2 million, HMSI’s overall output during 2012-13 will be closer to 2.8 million units. With the commissioning of the third plant in Karnataka, the company will look at 3.5 million units in FY14 before reaching four million bikes and scooters during the course of 2014-15.

Interestingly, Honda is not as upbeat about China largely due to the fact that the low pricing structure prevalent there is a tough challenge. The company believes that customers in India appreciate quality better and are willing to pay more as a result. In the process, there could be initiatives on the R&D front where a lot of critical work will be done in India.