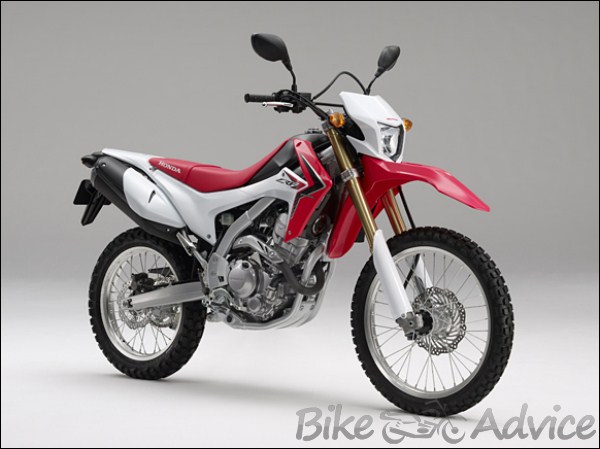 Earlier we reported in April that Honda will launch CRF250L in Japan in the month of May.  We also reported that it may come to India considering its powerful yet fuel efficient engine. Although, Honda has not announced anything officially about the launch of CRF250L in India, most of the major publication houses in automobile industry of India expecting its India launch soon, considering the shared engine platform between CBR250R and CRF250L.

Apart from engine similarity, there are other reasons which may also force Honda to launch CRF250L in India.  The launch of Hero Impulse (Honda’s NXR 150 BROS in Brazil) has begun the new era of off road motorcycling in India. Impulse has attracted lot of buyers who are interested in off road motorcycling apart from regular commuting.  However, the initial feedback suggests that it is in need of more power. Honda CRF250L can perfectly substitute the same. The CRF250L could easily eat out the larger pie of Hero Impulse sales. It can also give an access to the market which is largely untapped in India. Although it is early to predict but it can later launch CRF150L (based upon CBR150R engine).

Off road motorcycling is certainly a new niche segment in Indian two wheeler industry.  It has an immense possibility to grow in India considering the geographical conditions of country. We may see some more manufacturers entering this segment.  One name which we can suggest now is KTM which is known for its off road motorcycles across the world.