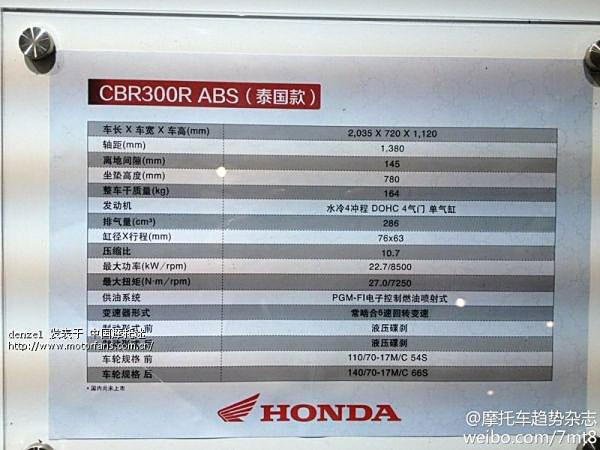 As the newly unveiled CBR300R continues to draw crowds towards itself at the China International Motorcycle Trade Exhibition ( CIMA Motor ) in Chongqing City, more details about it keep getting unravelled. 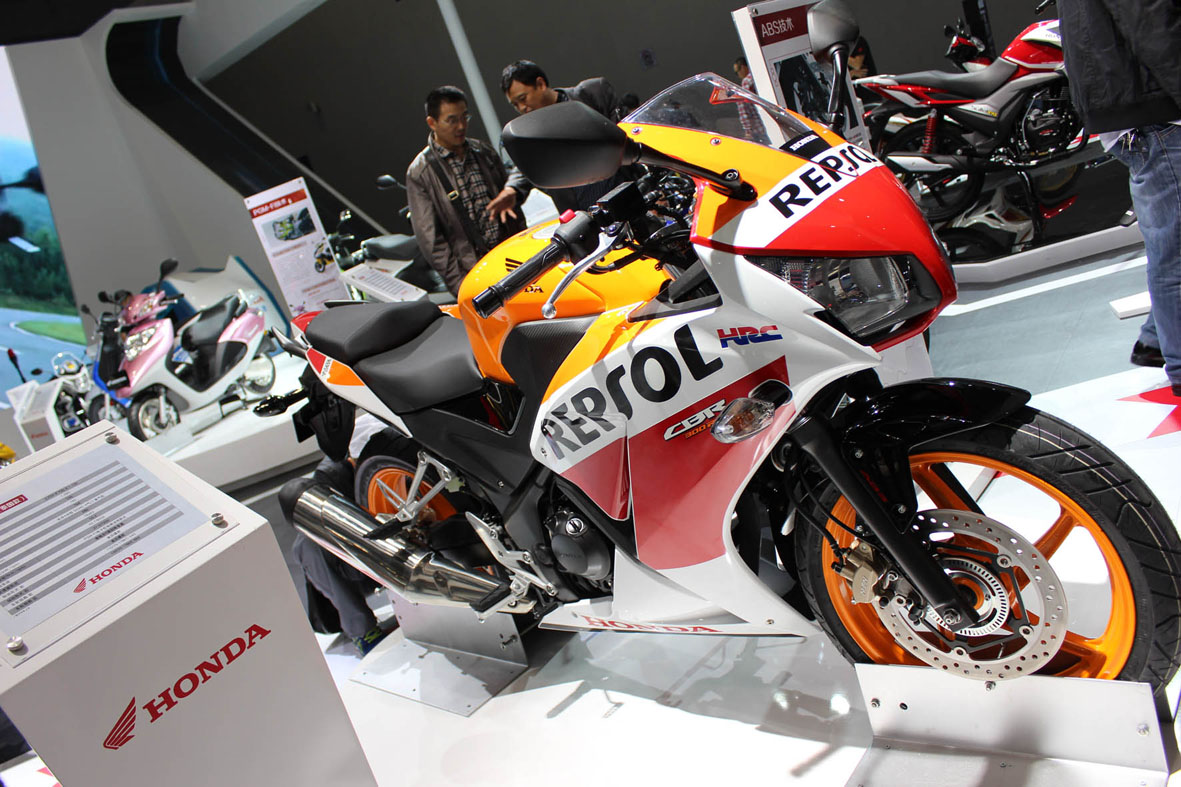 We are now aware of the specifications of the powerplant that lies nestled inside the stylish fairing.

The new CBR300R will be powered by a 286 cc, single-cylinder engine. The engine will be capable of generating a peak power of 30.4 bhp @ 8500 rpm. Maximum torque capable of being put out will be about 27 Nm @ 7250 rpm. It has a bore of 76 mm, and a stroke of 63 mm. Since the CBR250R had a powerplant with a 76 mm stroke and a 55 mm bore, we have now come to a fair conclusion that the new engine is based on it. DOHC design is incorporated in the cylinder head, and Honda’s near-legendary PGM-FI is present to control the swish of precious fuel.

However, things start taking a slight turn when you delve deeper.  😀 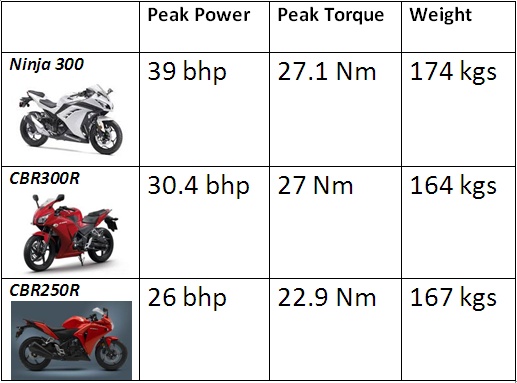 The CBR300R ( with C-ABS ) is claimed to tip the scales with a kerb weight of 164 kilograms, which is 3 kilograms lighter than that of the of the C-ABS equipped CBR250R. Compare it with the Green Assassin, and we are sure some jaws will fall slack. The CBR300R is a full 10 kilograms lighter than the Ninja 300, which weighs 174 kilograms with all consumables loaded. Hence, it is difficult to reach a conclusion now and we will refrain from commenting on who will blast off from those traffic stops faster.

A full-blown road test will do full justice. 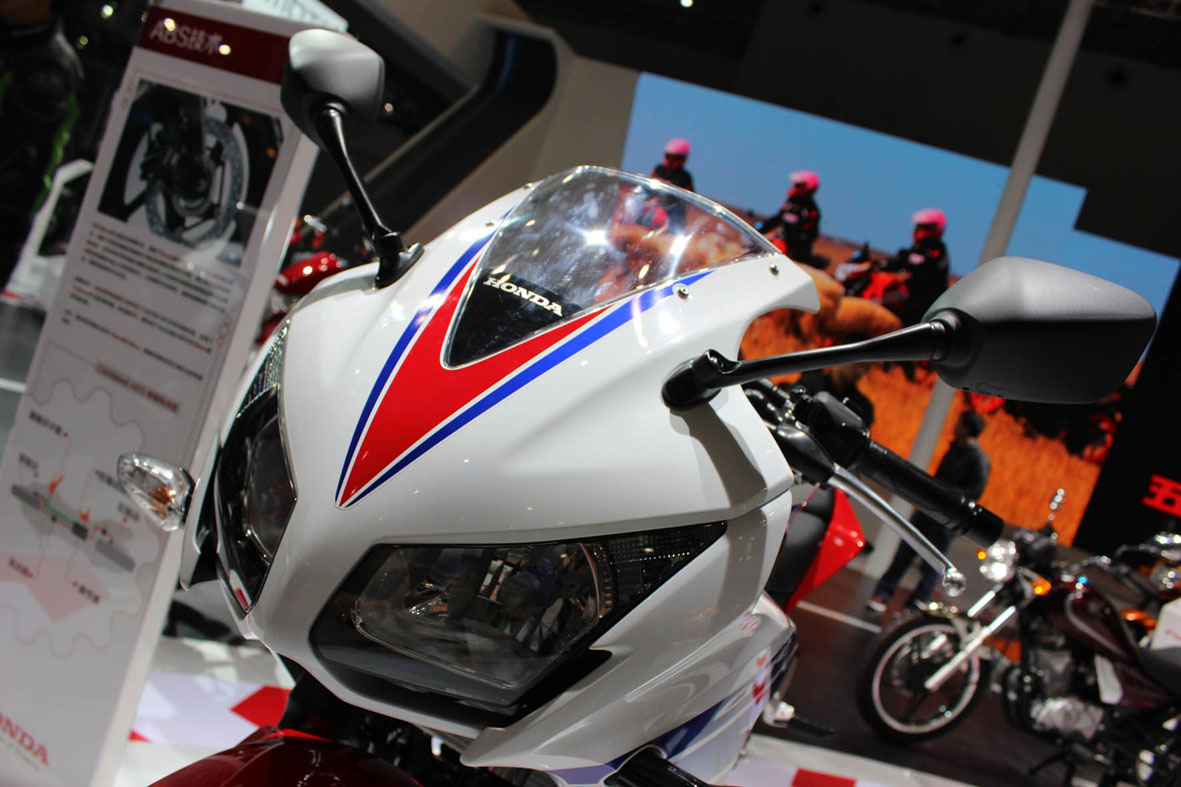 The wheels and tire sizes appear to be the same as the CBR250R’s, with a 110/70-17 up front and a 140/70-17 at the rear. We expect the both to be tubeless tyres, as in the CBR250R. Unfortunately, we haven’t got information about the remaining nifty details like fuel tank capacity and the headlamp power.

As we mentioned earlier, one sentence sums up the graduation of the CBR250R into the CBR300R – The Hot Just Got Hotter!!. It now stays loyal to the CBR sobriquet with the dual-headlamps and a different nose sculpting as compared to the CBR250R’s VFR-esque Y-Shaped headlamps and streamlined creases.

It will be a global model, and will be produced at Honda’s facility in Thailand. Though we aren’t aware of the prices, we do hope that this newly unveiled machine ultimately sets its foot in India. Don’t you want this machine??