Hello everyone interested in buying the Honda Dazzler 150. I got this bike on the 26th of May. It has already done the first service. Currently I have done about 1100 kms. The bike is a lot lighter than the CB Unicorn and hence much better maneuverability. The mileage has been pretty good so far, about 50-55 in very crowded conditions. 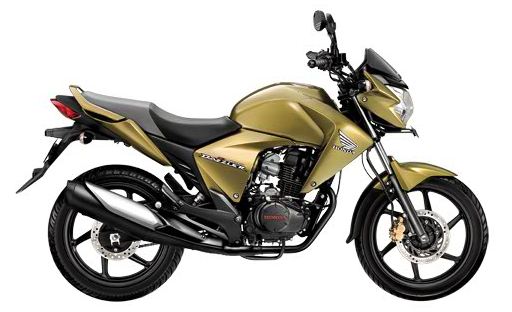 Amazing performance over long distances and I mean really long. I have traveled about 90 kms at a stretch on the Pulsar 150 and believe me, it was the worst drive of my life. The bike was tuned to 6000 rpm (dazzler is tuned to 4000) so crazy mileages and more importantly my back started aching after the drive. Where as I traveled on my Honda Dazzler for about 300 kms on the same day the back was perfect. Contrary to reports my bike doesn’t make sound even at 80km/hour!

One lil problem I have faced is putting the bike in neutral gear. It doesn’t slip into neutral very easily and hence time taken in switching of the engine. It seems to be having an intelligence of its own! At some times it is easy and other times takes a long long time! Tried rectifying it in the first service but not much improvement! This is going to a useful in city driving conditions.

Another complaint that I have, atleast so far the accessories have not yet been released and hence you cant carry anything on the bike not even a piece of paper. there is no storage space at all. But the interesting thing is that it has its own tool kit neatly tucked away under the seat. I guess a first for bikes?

It looks really sexy! I guess after the FZ this is best looking bike around! Everybody has given the bike a second look and the rider a third!

Over all I am very very satisfied with my purchase of Unicorn Dazzler 150. Though I have completed 1000 kms, the mechanic asked me to chill out a bit till 3K-5K kms because after that the engine then starts really kicking ass after that! He said it would easily last 50,000 kms if taken care of in the first 3k-5k kms.