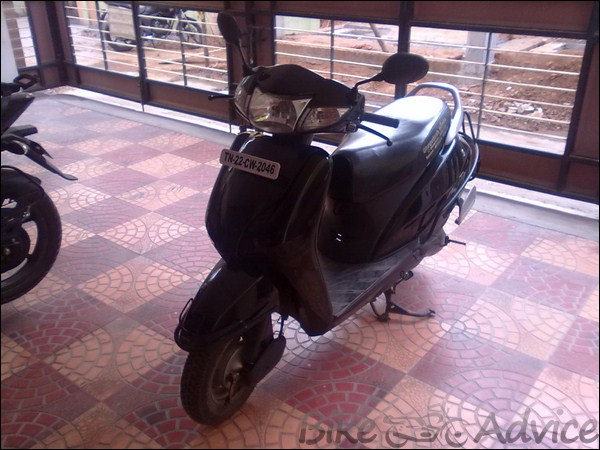 I had just finished my 10th grade board exam in April 2009 and was eager for my 1st ever vehicle and I had no hope of getting a bike so I settled for a scooter. Incidentally the day before we went to buy the vehicle the New Honda Activa was launched. I chose it because it was and is the best performing scooter the only other competitor was Suzuki Access but it produced almost identical power and Honda was much more refined.

Since I was their first customer for the new Activa I could get the vehicle delivered in just 5 days. My first two years with the Activa was very normal and I barely got to ride it as I still had not got my licence it was filled with short high speed runs with fully open throttle and I managed to cover only around 3000kms.

My first real experience with the Activa was when I rode it from Bangalore to Chennai. Many people were against the idea and suggested it’s insane to drive a scooter on a highway and I would be stranded. I still had made up my mind for it and on 20th July 2011 early morning I set off from Bangalore I was quickly out of the city and touched the highway. 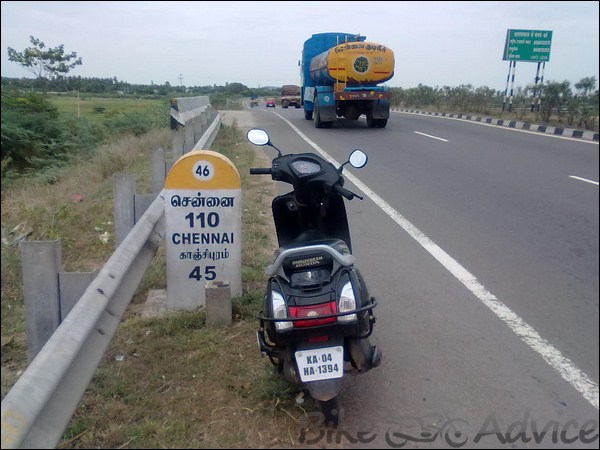 I had decided not to strain the engine and was maintaining a constant speed of about 50 kmph. I travelled the 1st 80 kms to hosurwer I had stopped for breakfast seeing the tank is still nearly full I set off and drove on. The best thing about a two wheeler is you never have to pay toll.

I only had to stop near Ambur for quick refuel as Activa’s tank could hold only 5.5 litres of fuel. By the time I had so much of confidence on the vehicle that I planned a detour to Elagiri and took the diversion of the boring national highway onto the state highway and drove up the hill. Since Iwastravelling alone the Activa did not have any problem with the steep incline. 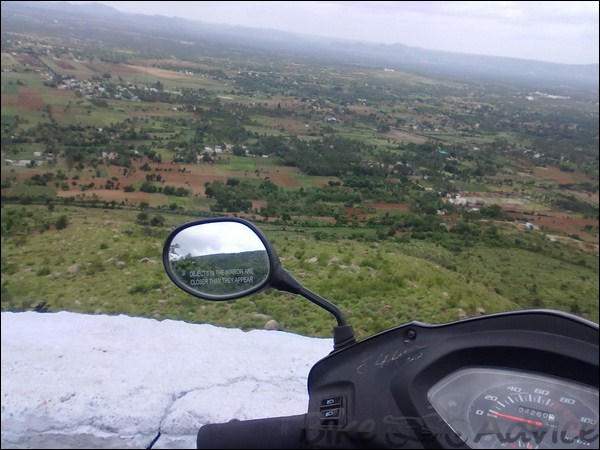 After a quick tour of the hill I set back on my path towards Chennai. I had reached the national highway near vellore and rode the last stretch and reached Chennai around 4 in the evening with a near empty fuel tank and an exhausted me. I had realised every vehicle has the potential provided if care is taken.

As Activa was designed to be a commuter vehicle it was not designed to be aesthetically appealing but once you live with it you would learn to like it and also it does not have any fancy digital console and still has the analogue speedometer and I personally feel for a scooter it’s more than sufficient. The new Activa has better ground clearance and looks somewhat bigger than the older version. 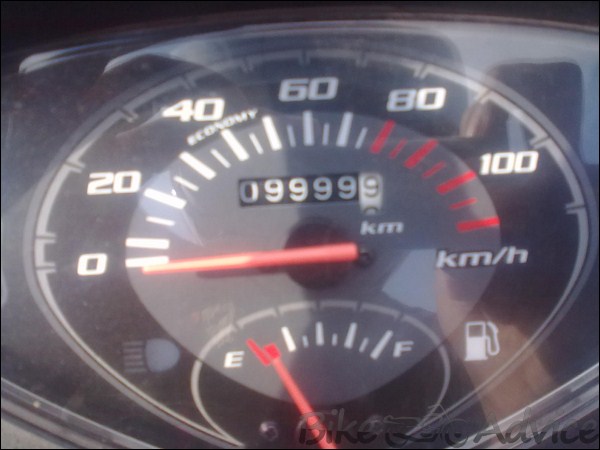 Most of the panels are made out of metal except the headlight cover and front panel and I feel Honda should have made them metallic as well. The overall build quality is good and the plastics on the new Activa do feel rich. The only issue I had is with paint flaking off and it exposed rust both undercarriage and on the body panels. Even the seating posture is good and the leg space is excellent if you choose not to have the front compartment.

The Activa which I had purchased was the non-deluxe version and hence did not come with the nylogrips and also missed the combi brake but it handles brilliantly as long as you drive below 60kmph after which the Activa becomes nervous mostly because of its small wheels. I really don’t see the point of a combi brake on Activa as I feel it deprives the user of choosing the brake force and is only suited for amateur riders.

The new Activa’s suspension is more stiffer than the old Activa but is still quite comfortable for both the driver and pillion rider. Although it is a heavy vehicle it definitely does not feel bulky when navigating through city streets and going through the traffic. The brakes on the Activa are as expected for a scooter and drum brakes are always better as far as scooters is concerned.

Although applying the front brake would rise the front of the vehicle due to improper front suspension setting it still is good but you could easily lock up the front wheel if you apply the brakes improperly.

As with all Hondas the engine is super refined and is really smooth once the engine is tuned and the 110cc of Honda produces around 8 Bhp of power and 0.9 KGM of torque but in terms of performance its much ahead of other scooters like access because of its refinement and the best part of Activa is that the acceleration is quite linear throughout unlike other scooters.

If you are willing to push it you can reach a maximum of 90kmph and it is quite respectable for a 110cc scooter. The acceleration too is not bad it does 0 to 60 in 10 seconds and the best acceleration is between 40 to 60kmph. The transmission used in Activa is variomatic and is the best in any scooter so far especially in terms of durability after my trip.

I was scared to give the vehicle for servicing as I feared I might have burnt the centrifugal clutch and the belt but I was surprised when the Honda mechanic said they were in good condition. And there was no significant damage to any major component even after my reckless driving.

I was surprised to find out the Activa returned 50 kmpl on careful driving and during the trip it gave mileage of almost 55 kmpl but if u drive in the city under normal condition you should expect around 45kmpl. The reduction in mileage compared to bikes is because of the variomatic transmission it saps quite some power.

Some Things That Require Mentioning

Honda service in most of the places is unsatisfactory; mostly you get your vehicle back with an oil change and a water service. They don’t bother to check your complaints.
The Activa could do with a better headlight as the one provided is not at all adequate.
The vehicle is really good for all those who are new to two wheelers as it is easy to command in the city.
It is a very durable vehicle and can accommodate any driving style.
Mileage is directly proportional to the accelerator given.

If you want to purchase a scooter there is no better deal as of yet and it is a vehicle which is very durable and can take in a lot of abuse and if driven properly you can even expect a good mileage and while the acceleration is good you would definitely feel the need for better top speed but I guess that’s good too considering it has got just 110cc.

The refinement is fabulous and u can take it for long trips as long as you know about your vehicle and don’t try to push it too hard. After driving over 12,000kms I still feel the vehicle is as good as new. So overall it is one brilliant vehicle which is truly the top of its class.