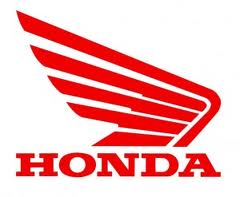 India’s largest scooter manufacturing company, Honda Motorcycle & Scooter India (HMSI) has announced that it has touched the 10 million units milestone in cumulative sales of two-wheelers in the country. HMSI came into existence on December 14, 1999 and its first production facility at Manesar started operations in 2001.

“From achieving its first million mark in five years to achieving the last 10th million in just five months, Honda has aggressively grown to meet increasing customer demand in India – the world’s second largest two-wheeler market and a priority market for Honda for the next decade and more,” HMSI said in a statement. Commenting on achieving the landmark, HMSI President and CEO Keita Muramatsu said it was a re-affirmation of the “deep trust of customers for brand Honda . Going ahead, Honda will intensify its efforts to rapidly expand production, network”.  He also added the company would introduce advanced Indian centric products across all motorcycle and scooter segments.

At present HMSI has two production facilities at Manesar (Haryana) and Tapukara (Rajasthan) and is in the process of setting up its third plant at Narsapuram, Karnataka. The company said it is poised to reach 4 million annual production capacity by 2013. It plans to add 500 new touch- points and take its network to 2,000 touch-points in 2012-13. HMSI sells both scooters and motorcycles in the Indian market, including models such as Activa, Dio, Aviator, CB Twister, CB Shine, CB Unicorn and CB Stunner, apart from high-end performance bikes.