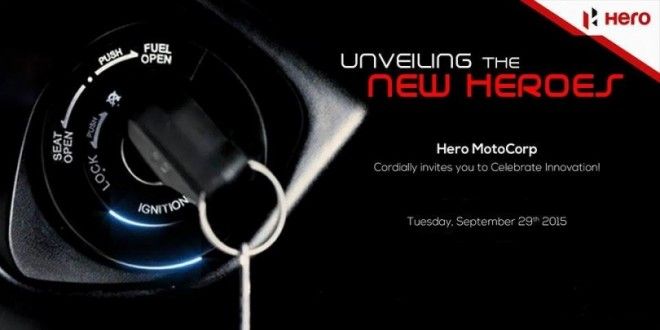 Hero MotoCorp is set to take its first big leap since their breakup with Honda on September 29, when they will be “Unveiling the New Heroes” and we have understood there appears to be a small ride scheduled for the media as well. However, before you get too excited, let us tell you that this doesn’t appear to have anything with the HX250R and we believe it will be launched later.

In all probability, this will be the launch of Maestro Edge and new Duet – two new scooters which aim to take the fight home against their erstwhile partner Honda’ segment leading Activa. This is the most important day for Hero since, for the first time they will be plonking their indigenous engines on any of their products, a first step in the bid to shed dependence on Honda for technology.

Hero understands that to keep their supremacy in the market, they will have to increase the pie in the lucrative automatic scooter segment. In fact their sales volumes in motorcycles have dropped in all the segments except in the entry level commuter segment. A major rise in the automatic scooter territory can balance things out.

Maestro Edge and Duet will be powered by a new air-cooled 110 cc engine and power and torque figures are expected to be segment-rivalling. As we said, this will be a big test for Hero and let us hope things do not end up like the Kinetic debacle!