Greetings! The world of automobiles changes in a fraction of second as every other day there is new news. The piece of news about Hero that we are going to discuss in this news post is probably the one on charts because we recently rolled out a article on a Hero MotoCorp’s new spied dirt bike.  Hero Honda who is now Hero MotoCorp has unveiled its new brand identity in London.  The company not only introduced the world to their new brand identity but also to the dirt bike that was spied a few days back.

Hero MotoCorp unveiled their new logo and the dirt bike in presence of stars like Ranbir Kapoor, SRK and Akon. Well with this act of unveiling their brand to the world in presence of different national and international starts confirms that Hero MotoCorp is eyeing for a long term growth in the markets it is planning to enter.  Hero group not only unveiled their new logo and the bike but also a scooter specially targeted at male consumers because of its masculine look.

Hero’s new logo has the word Hero In it with Capital H and rest letters being in lower case. Also the company has used red and black colors over white background for their logo which may in some cases remind you of the earlier logo of Hero Honda. Apart from the word Hero written in simple plain language, the logo forms a triangular kind of a formation that looks like an ‘H’ and it also gives the logo kind off a 3-D look.  All in all the logo of the company looks good and we hope that it adds to the fortune of the company. 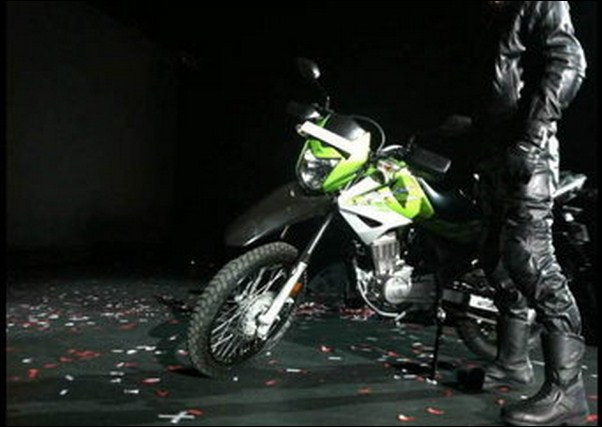 Apart from the logo, Hero has signed Ranbir Kapoor as their brand ambassador may be because he represents youth and this is a new start for the company. Also Mr. A.R Rahman has composed a new brand anthem for the company to mark their new start without their Japanese partner Honda.  Well as far as the expectations of the company go, they expect to bag in 1 crore unit sales per annum, of which 10% are presumed as exports.  All in all, the new brand identity, the bike and the scooter were unveiled by Hero MotoCorp in London and the ceremony looked great.  We will have to wait and see if Hero, with their new aspirations and hopes, is able to sustain in the market or not.