Hero Motocorp is facing many bad news from past few months. Month on Month sales is declining and in September it saw the largest fall in the motorcycle sales. It sold 3,44,512 units domestically in the month of September 2012 down by 30.59% compared to 4,96,344 units in the month of September 2011. What more, its flagship motorcycle Splendor dethroned by Discover as world’s largest selling motorcycle brand. However, despite these falling sales, Hero Motocorp has emerged as country’s second largest scooter manufacturer. 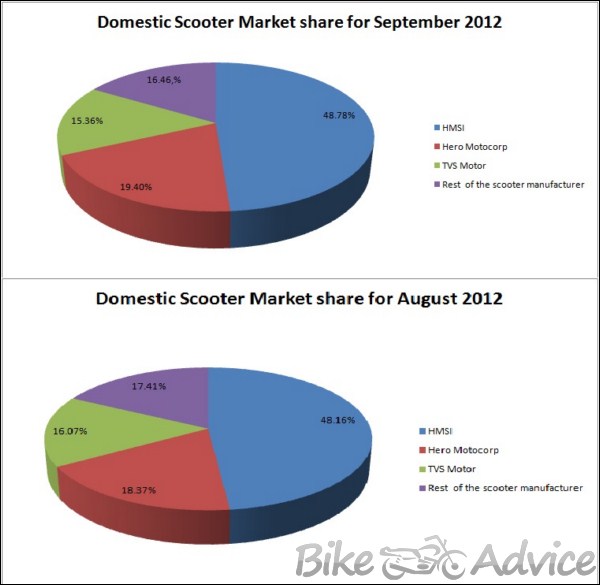 It also appears that HMSI will face major competition in the Indian scooter market as all the new scooter launches are getting overwhelming response. Yamaha Ray has got advanced booking of 5,000 Ray within 10 days while Piaggio has sold more than 15,000 Vespa till September. Piaggio is also planning to launch mass market scooter in the year 2013. TVS Motors is also planning to come with some fantastic scooter models in 2013.  Apart from this, growing popularity of Maestro and Pleasure will hit HMSI market share in the year 2013.