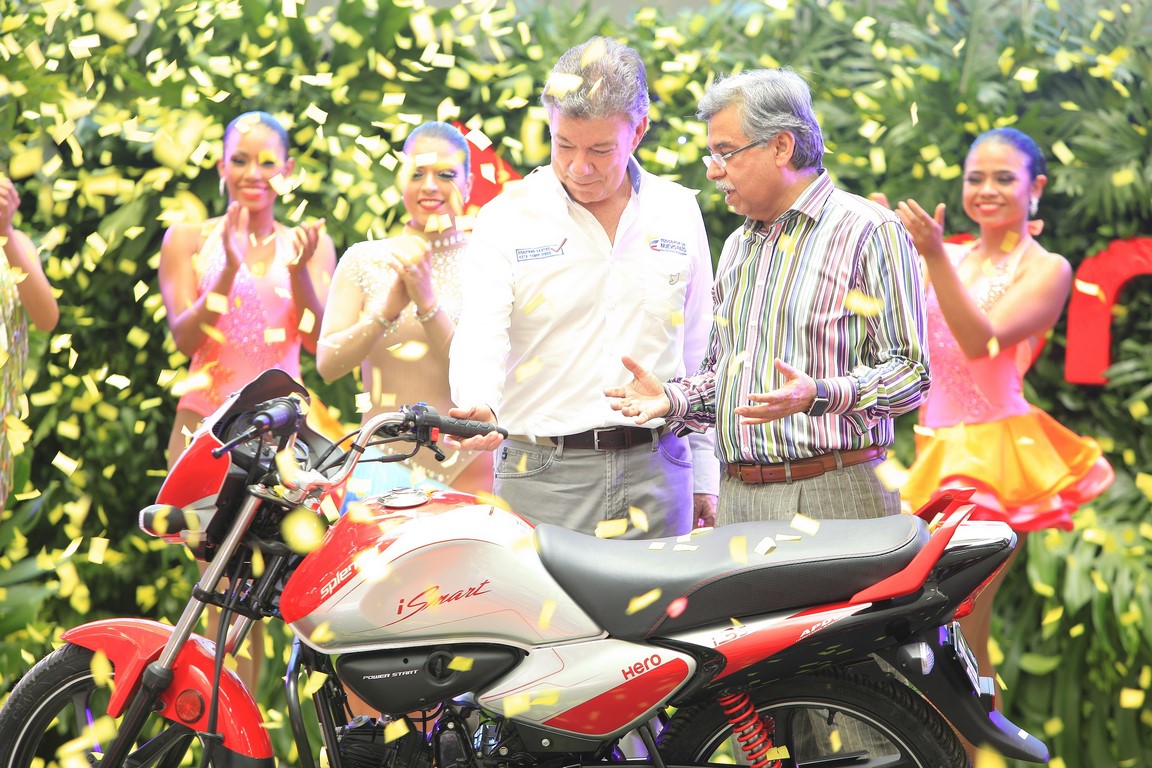 Hero has inaugurated a new manufacturing plant in Colombia which will manufacture 10 models. This event also saw the global unveiling of Dash, their new scooter.

Hero is now starting to learn to walk alone. In their expansion spree, they have inaugurated their first plant outside India in Colombia. The new manufacturing plant located at Villa Rica, sees an investment of 70 million US dollars. This new facility will also act as an export hub for other South and Central American markets.

The phase of the plant was inaugurated by Mr Juan Manuel Santos, President of Colombia and Mr Pawan Munjal, Chairman, MD and CEO of Hero MotoCorp Ltd. Spread over 17 acres at the Parque Sur free trade zone at Villa Rica in the state of Cauca, about 500 km south-west of Bogota, the plant also aims to export Hero products to the US over time! 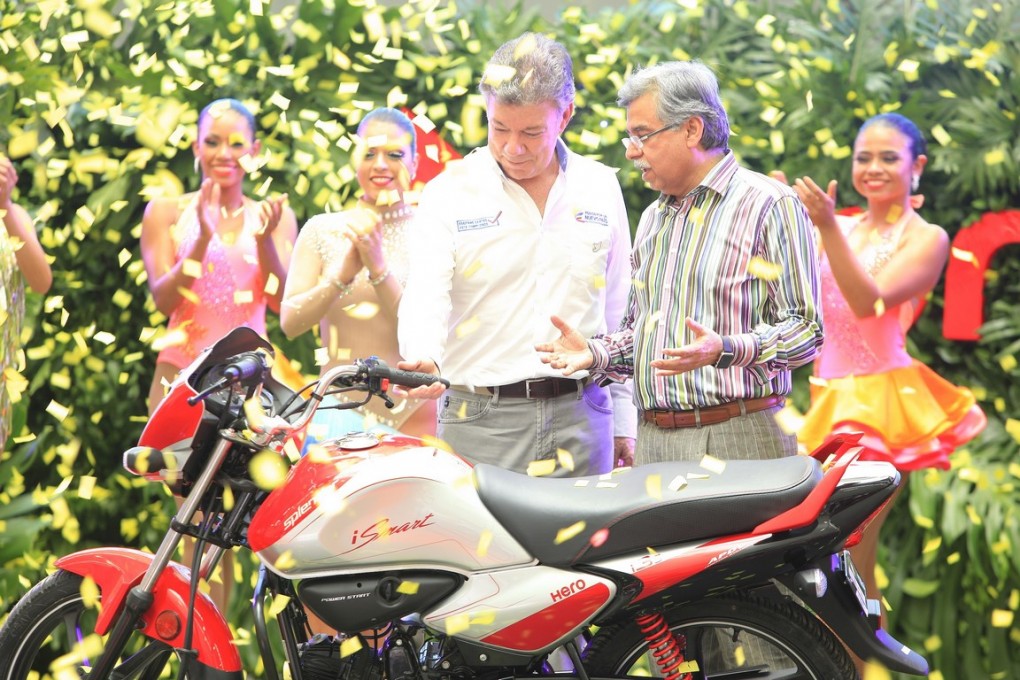 The first phase is expected to have a production capacity of 80,000 units per annum which will be expanded to 1.5 lakh units in the next phase. To make this possible the 70 million US dollars will see an initial capital expenditure of 38 million while the rest will be used as working capital for the next few years.

The plant is going to produce 10 products from Hero MotoCorp’s range of motorcycles and scooters which also includes the all-new Dash. The new 110cc indigenous scooter was also unveiled globally but for some reason the company has not released any image or official details of the production version for the Indian media. 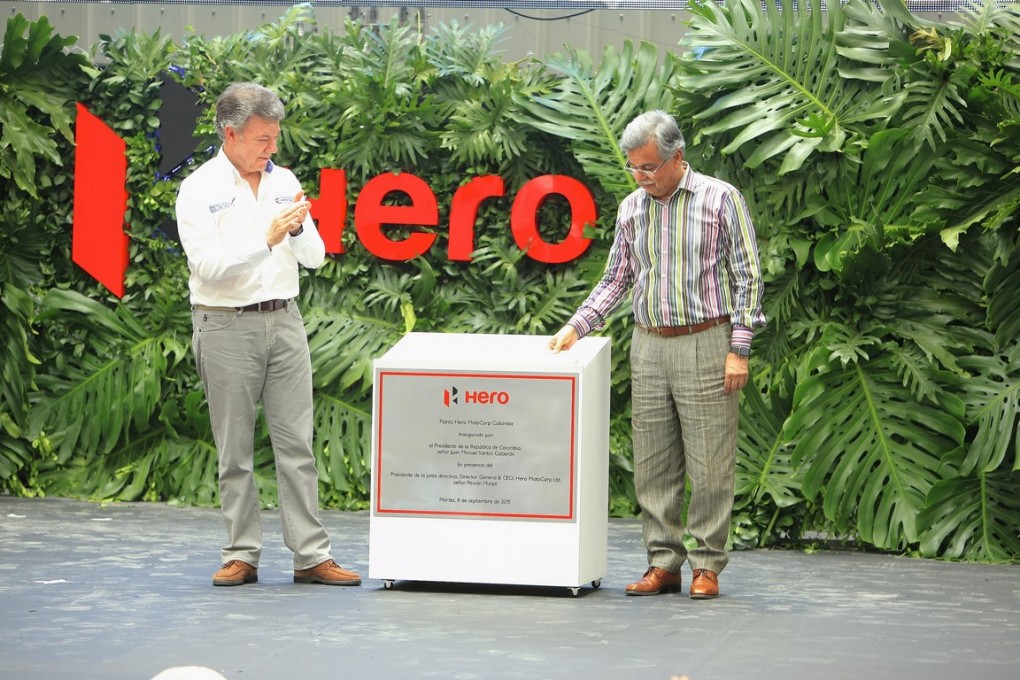 Hero currently markets its products in 24 countries with assembly units in Kenya, Tanzania and Uganda. Their second overseas manufacturing facility is also set to come up soon in Bangladesh.