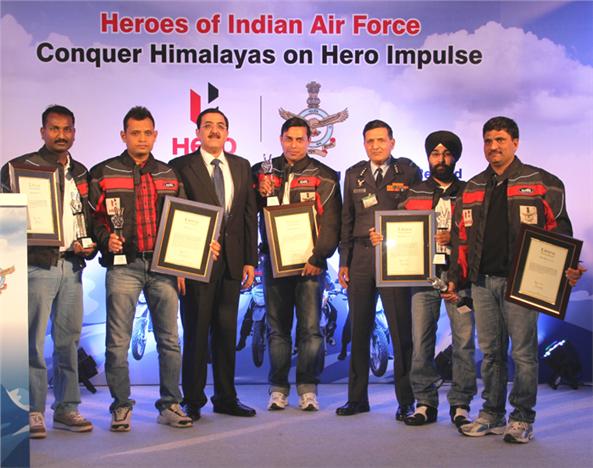 These brave guys not only made their way successfully through the 10 Himalayan passes but also broke the previous record of 20,493 feet proceeding to ride up to 20,540 feet. The ride started from Leh on 16th May and ended on 20th May. The route followed by the team was via the Marsimik La, Khardung La and Chang La Himalayan passes and the Tanglang La, Horlam La, Lachulung La, Nakee La, Baralacha La, Rohtang and Jalori. Some of the passes crossed by the team were the highest motorable road in the world. The team was congratulated by Air Marshall Jyoti Narayan Burma, Air Officer-in-Charge administration, Air headquarters, Indian Air Force, along with Anil Dua, senior vice-president (marketing and sales), Hero MotoCorp in Delhi. 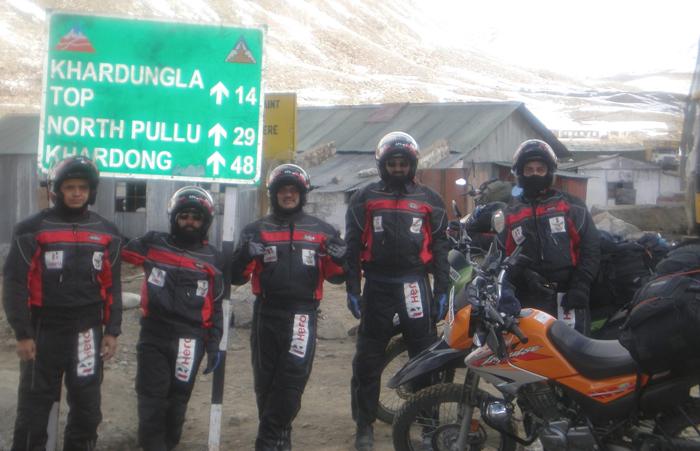 Equally commendable I would say was the performance and reliability of the Hero Impulse which rode through such high terrains and helped the team to successfully complete the journey. The Hero Impulse is powered by a air cooled, 4 stroke, single cylinder OHC, 149.2cc engine that develops 13.2 PS of power @ 7500 RPM and 13.4 NM of torque @ 5000 RPM. It is mated to a 5 speed constant mesh gearbox. The front employs telescopic hydraulic shock absorbers while the rear gets a swingarm with mono suspension with Nitrox charged dampers. Front braking is provided by a 240mm disc while the rear is 110mm diameter drum type.