While Hero has been busy clocking some astronomical sky high sales figures with their basic commuters, their developers are occupied with the task of producing non-Honda engines and products. 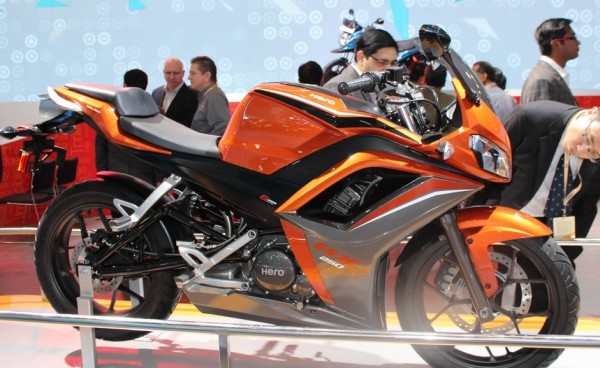 First of them would be the 250cc HX250R, Hero’s first quarter liter motorcycle along with the mind-boggling 620cc 80ps 240kmph capable Hastur! While the Hastur concept is still far from seeing the daylight but the HX 250R will go under production soon. However….

There have been some rumored bits, some from very big websites, which claimed a November 2014 launch of the HX250R and in all of those reports, we sounded very skeptical and today let us confirm that the HX250R will NOT be released this month or even this year! 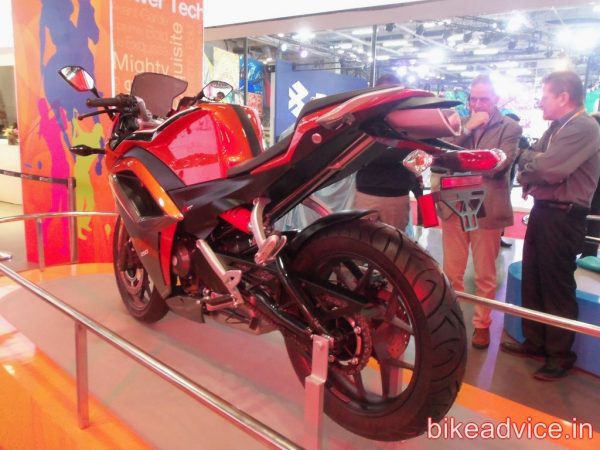 The liquid cooled 250cc motor produces 31 PS of power and 26 Nm of torque which comprehensively beats the chief-rival CBR250R at least on paper! The front end gets an amazing set of dual head lamps and the rear gets EBR inspired LED tail lamps. The bike is not really curvaceous and instead Hero has chosen an edgier design to bring a slightly different looker in the market.

While, we do not have any concrete update on its exact launch time frame, we believe Hero should be ready with the product by the first half of 2015. We would continue to try and wriggle out some concrete updates on this. Keep tuned!