Hero Honda is the name that is synonymous with upgrades and facelifts in the recent past. After the recent break up with Japanese Auto major Honda, the company has got serious plans of expanding the production capacity, exploring new markets in Africa and so on. 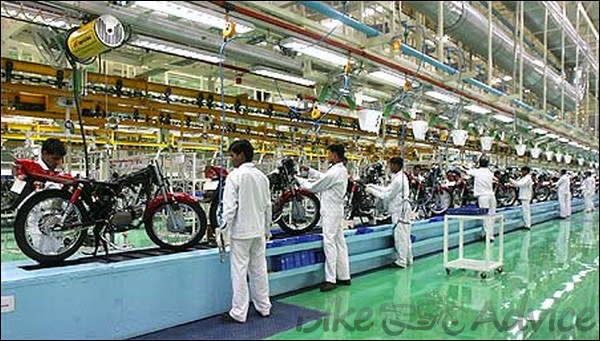 There was news in the month of March earlier this year that the company is conducting feasibility study in 10 states to open a new plant. Now, the states of Gujarat and Karnataka have emerged as the top two in the proposed list. There are more chances of Hero Honda opening it’s forth plant in either of these states. Senior vice-president, Marketing & Sales, Mr. Anil Dua said “For 2012-13, we will certainly need a fourth plant. In the next few weeks or months, we will be talking about the fourth plant.”

Hero Honda has the other 3 manufacturing plants at Dharuhera, Gurgaon in Hayana and Haridwar in Uttarakhand. It is also rumoured that the company has shortlisted location for its new plant in the 2 proposed states. However, the production capacity and the investment that would be pumped into this plant is not mentioned by any official and we are waiting for an official confirmation on the same.

Hero Honda had earlier said that the company has set a target of selling six million two wheelers in India by this year.

There are chances for this plant to operate under the name HeroMoto. There is a gap of more than a year for this new plant to be opened by within which the company would get its name changed.

Hero Honda has currently bike ranging from 100 cc to 225 cc and a scooter exclusively for women riders in its Indian portfolio. As we had mentioned in one of our write ups earlier, the company is preparing to introduce at least three new models before the end of the year, with the first of these being a dirt bike that it will launch under its new name after a split with Japan’s Honda Motor Co. Ltd, its partner of 26 years.

Hero Honda’s spokesman had commented, “Not only will this be the country’s first dirt bike, but also the first (of Hero Honda’s motorcycles) to be launched under the new brand name.”

The opening up of the new plant might very well pave the way for introduction of more new bikes from Hero Honda. Good work and Good going Hero Honda!

Do you think, Hero Honda’s new plant would enable the company to scale new heights in the coming future? Leave your valuable comments right here.