Hi Everybody. I just purchased my new Hero Honda Karizma ZMR diamond white after a long waiting period (6 months). This is just a short review but I have a lot of photos here. A picture speaks a 1000 words, right? 🙂

In one word to say really its “ITS ABOVE ALL”. Wat a bike from HH. Really done well with design. Engine has undergone slight changes like FI & oil cooler. But I don’t know whether my one had such a problem. When the bike crosses 75kmph some grunt noise comes from the engine. When I asked the technician he said it s usual. 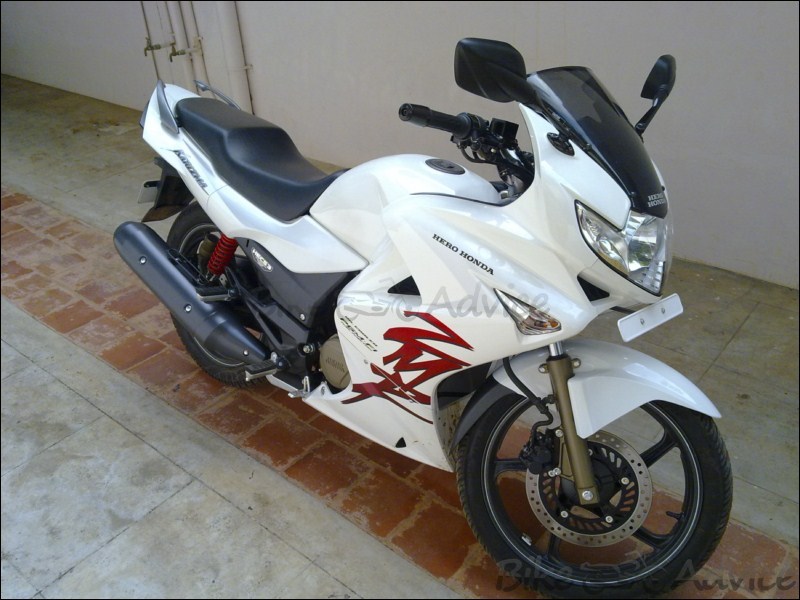 Anyways if you ride the bike in 60kmph it gives me mileage of 45-47km/ltr of petrol. Good for a 223cc engine. Thanks for the advanced technology used in ZMR. Could have given a double barrel headlamps as of in R15. But as the color is white & everybody turns their heads when I cross them. 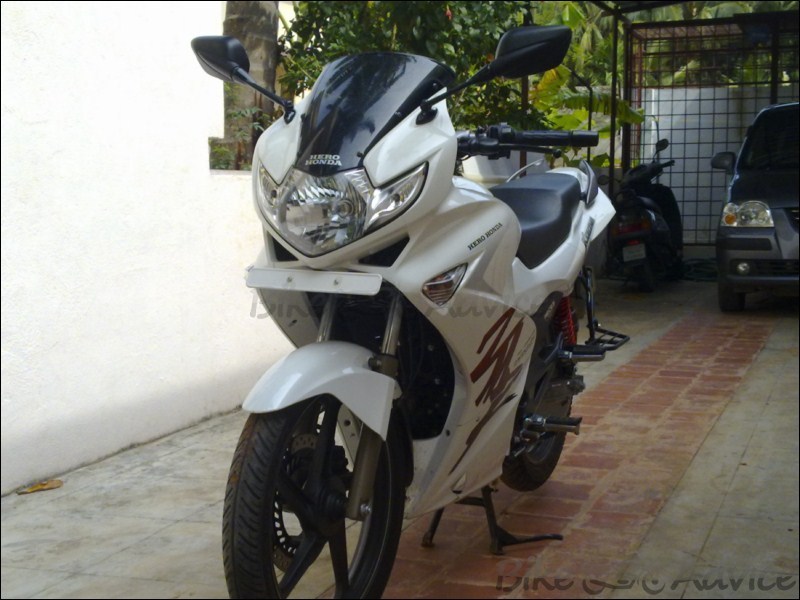 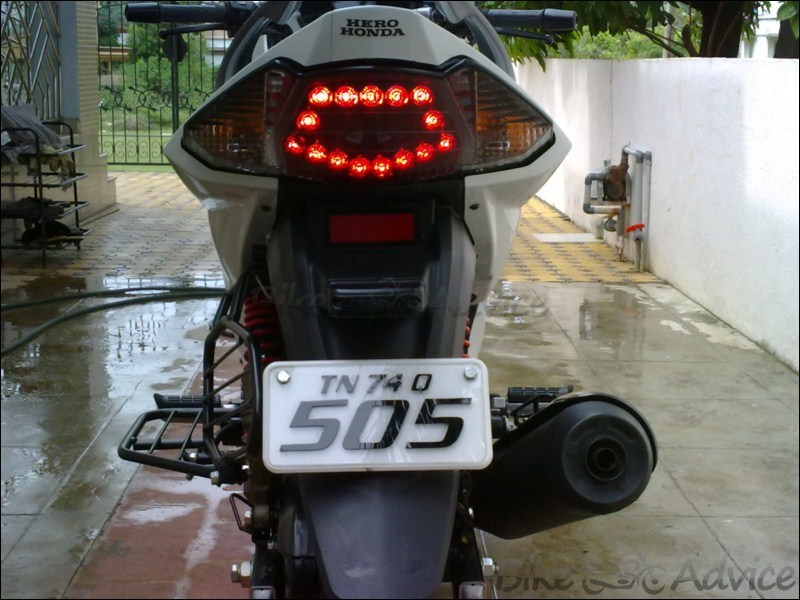 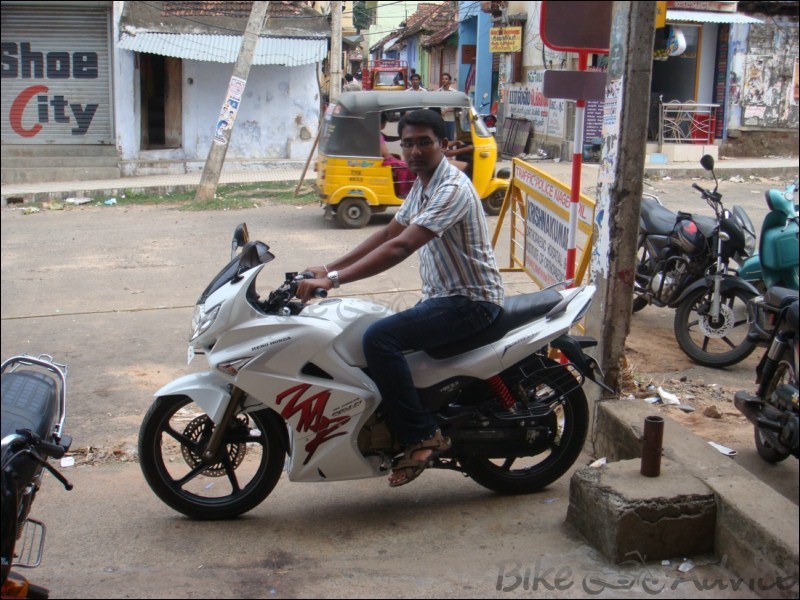 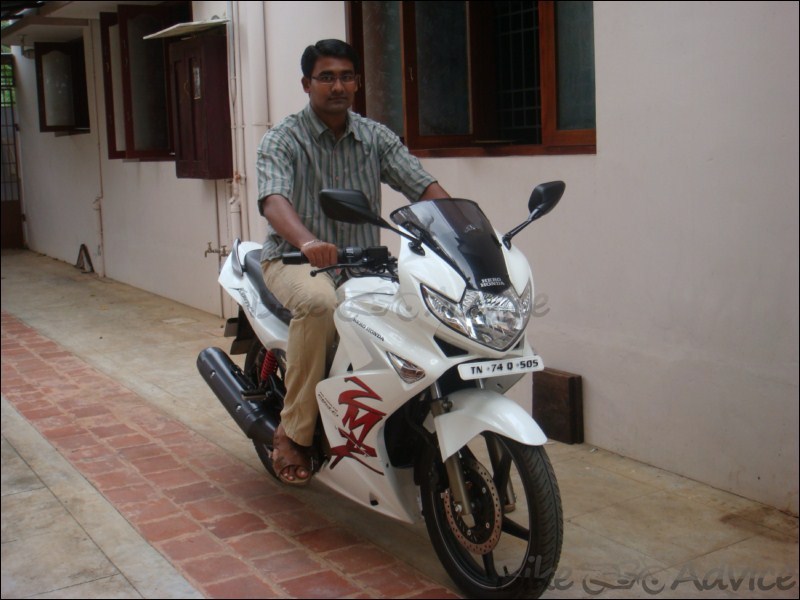 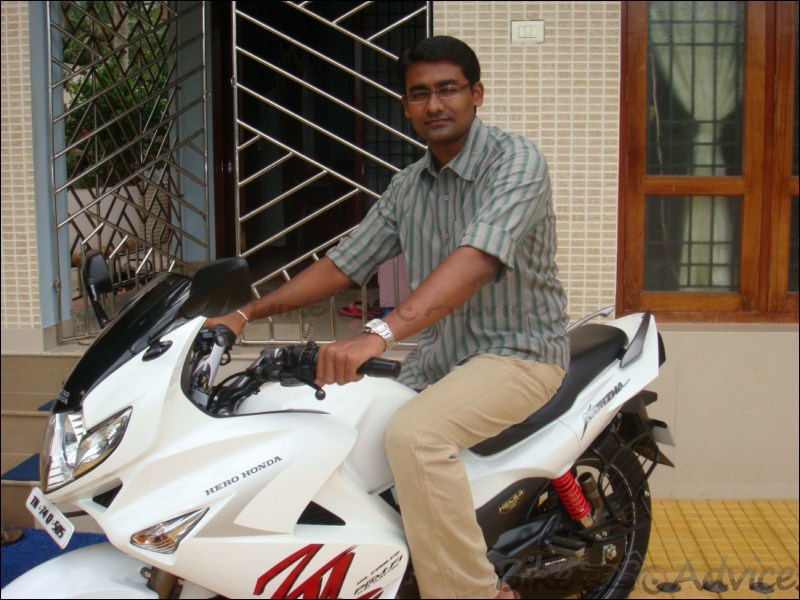 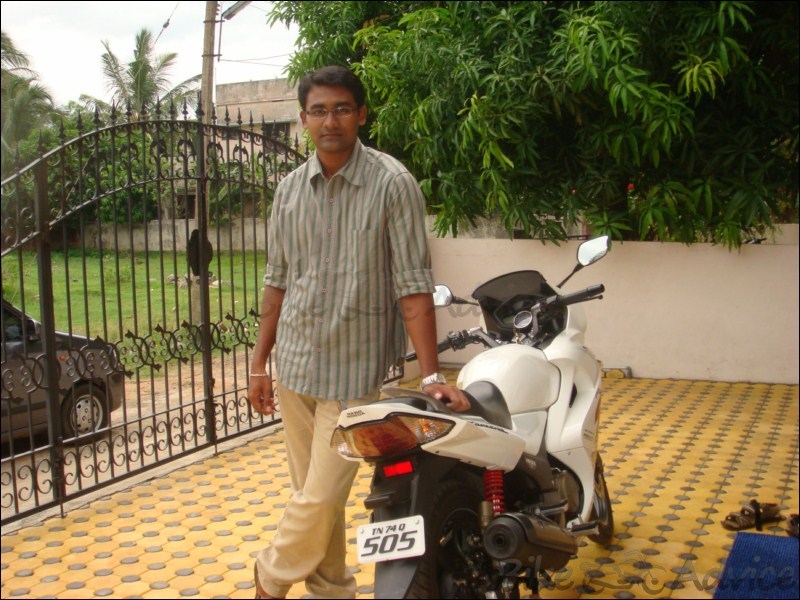