Hello Bikers, I am Abhilash Bharadwaj from Bangalore here to tell a story of restoration of a bike and restoration of Memories with the bike which has served my Dad for over 20+ years. It has been over a year and a quarter since I got my dream machine, the Bullet and had almost completely forgotten the existence of a 26 year old bike in my home. 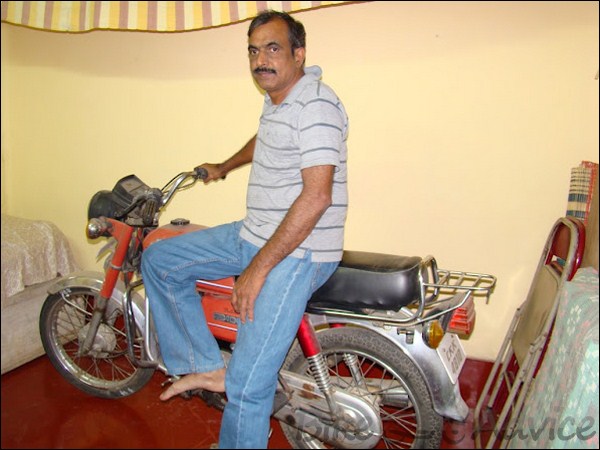 I wanted to gift my dad something after becoming a employee from a student with my own earning. After a long process of thinking, I decided that Memories are precious than anything in this world and finally decided to gift him his Memories. I decided to give his companion of over 20 years a shape that had been lying in house from past two to three years.

This time I did not face any opposition from my mom as she had a soft corner towards this machine, may be because of her travel experience in this bike. My job was simpler this time as she agreed upon my idea of restoring Memories. 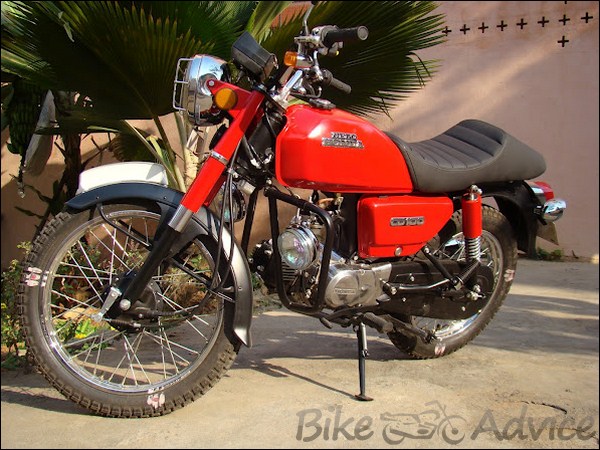 As a Japanese concept says, “Kaizen” which literally means “Change for the Better” A nearer meaning is “To take it apart and put back together in a better way.” This is what I had planned to do with the Japanese Machine – Take it apart and put it back in a better way which should Look better and Perform better. Let me start with the actual story of filling Life to the machine that had not seen the road for over 3 years. 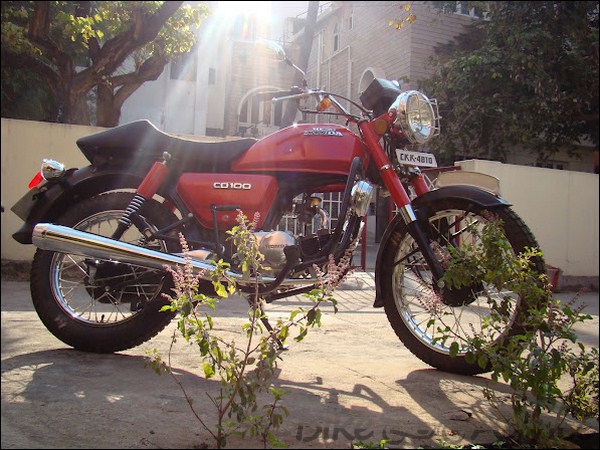 This bike entered the Indian market in 1986. During the years 1986 and 1987, engine parts were imported from Japan and were assembled in India by Hero Honda. One can observe “Honda – Made in Japan” engraved on the clutch case and on the speedometer assembly and the later models has “Hero Honda” on the same. The engine bearings and every link of the timing chain say “JAPAN”.

My Relationship with the Bike

My dad owned this bike since I was born, so I had considered this bike as a family member rather than a machine. It has served him over all road conditions including the Western Ghats, Coorg and cities like Mysore and Bangalore as well. As a family, my Dad, Mom and myself have toured a lot on this bike and I used to comment on my dad’s riding sitting on the fuel tank and I learnt motorcycling on the same bike. 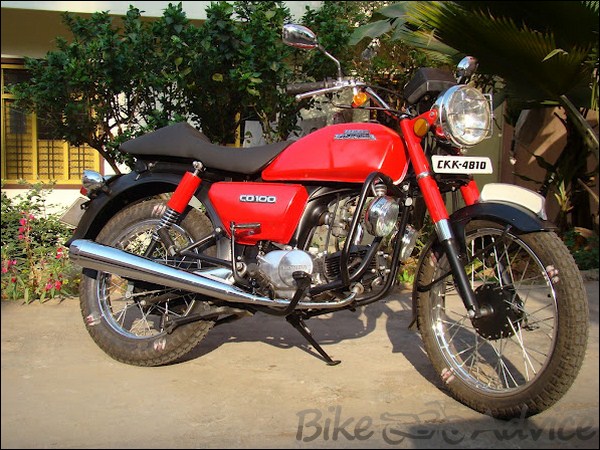 Later it started troubling due to the problem in the CDI unit insulation and the bike would not start during rain. Later in 2005 he bought a Unicorn and I was using CD100 for over 4 years for local commuting and later in 2009 when I got my FZ16, this bike was hardly used and since then he had not seen roads. During this period, my mom had insisted me many times to sell the bike as it was not used, later with my decision of restoring the bike, she was quite happy.

Process of thinking is more in the initial stages of restoring a bike with some alterations to be made to improve its looks. I had listed out many possibilities how my bike should look like after restoration but finally what it became was much different due to constraints with the chassis and my intention of not making major alterations to it. I finally settled with a design which would be practical to ride in city traffic and grab some attention. 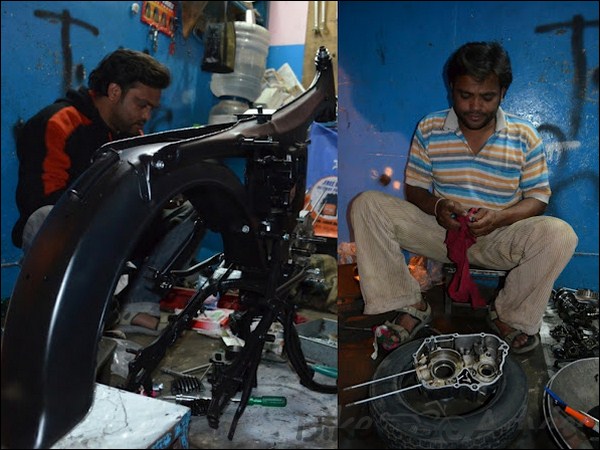 The work of Taking apart began after few weeks of thought process. I had a trusted mechanic – Syed Kaleemulla (A 2-stroke master and a certified mechanic from Hero Honda) and his team Top Bikes with junior mechanics. His workshop was nearby to my place to whom we had been visiting from past decade and the added advantage was, as he knew me from my childhood, he agreed upon teaching me the work he was doing. I discussed with him about my ideas of restoring my bike and gave him a brief explanation about how it should look like after the restoration.

Difference Between the New and the Old 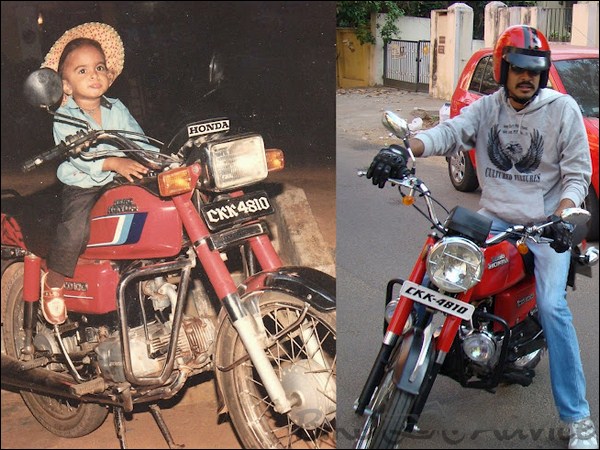 As I have observed the work on my bike closely, I personally feel that the bikes are getting weaker with time. Cause of this may be the “use and throw” attitude of the customers. Few instances to emphasize on the same, 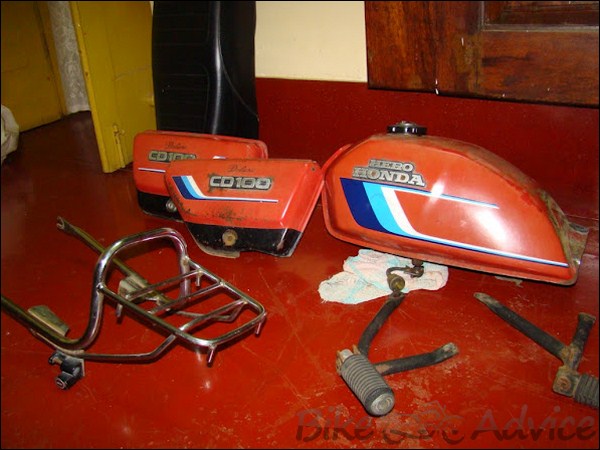 The bike had to be worked on completely and there were no other alternatives, 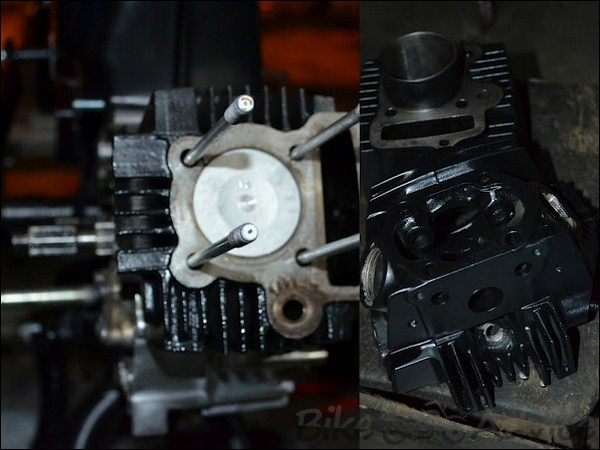 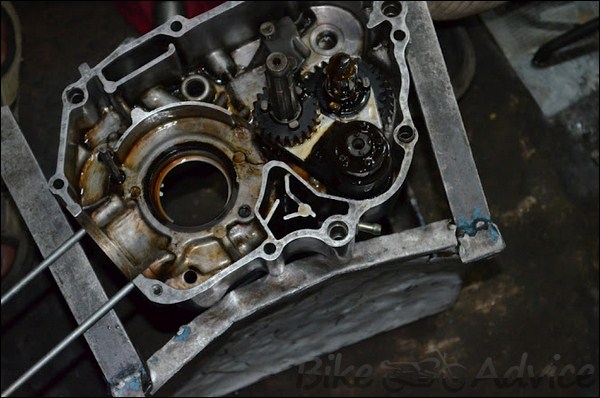 Actually mechanic and I had planned to increase the port size to get better performance but later decided to keep it as-it-is and just increase the fuel flow by minor adjustments in the carburetor. As I had no cost constraints, my bike was built as I had expected and now anyone riding it feels as if it’s bought out of the showroom.

I am very proud to tell that I was involved in each and every activity and captured (I’ll share few here) many of them during the reassembly of Memories. It was an extraordinary experience for me to get involved in this activity during weekends and after working hours. 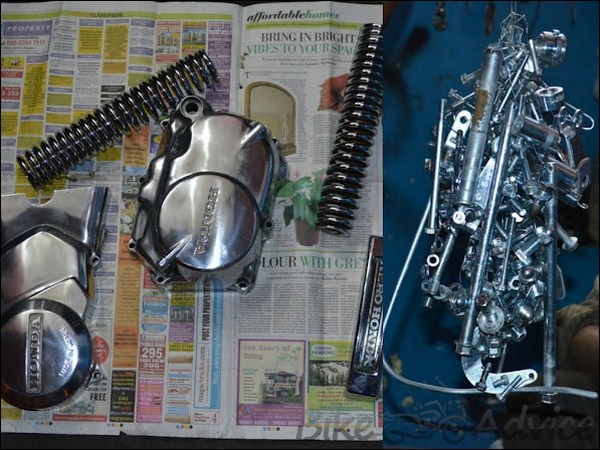 Now the Restored Memories is in his running in period and looking after him and nurturing him is my responsibility. I have named him Jatayu – A bird character from the great epic Ramayan.

A short and funny review of my Jatayu

Its just WOW..! I can challenge anybody reading this with any bike that Jatayu can literally rule the road in a quarter mile drag.

It’s just stunning! One could not have seen any better bike on the Indian Roads. He is just an Eye-turner.

Let me tell you guys I just touch my knee to the ground while entering a corner and still feel so secure.

Oh common..! How can one expect good fuel efficiency on a performance bike..? It may be around 30-40 km/gallon of petrol.

It’s out of passion for two wheels and for my own and my dad’s memories, I have restored this bike. So Performance or anything else is not the area of concern. The performance has definitely improved than how it was before and about looks, it’s the individual perspective, so I am expecting few comments from the readers. 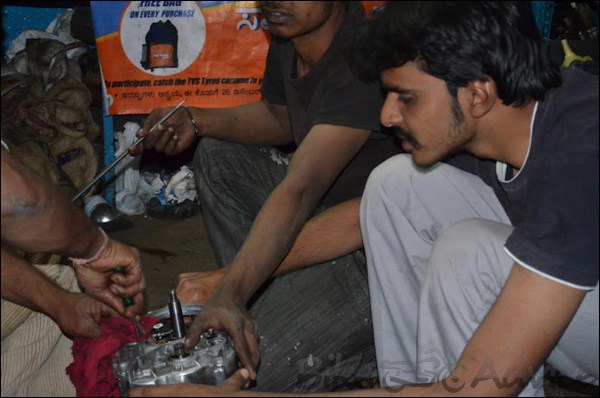 I am happy to see that people on road ask me about the bike which was rarely observed and had failed to catch attention of the public or the bike enthusiasts before.

I hope my write-up was not boring for the readers. 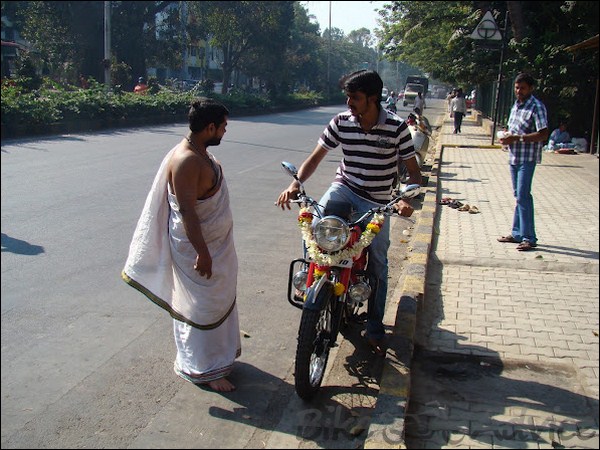